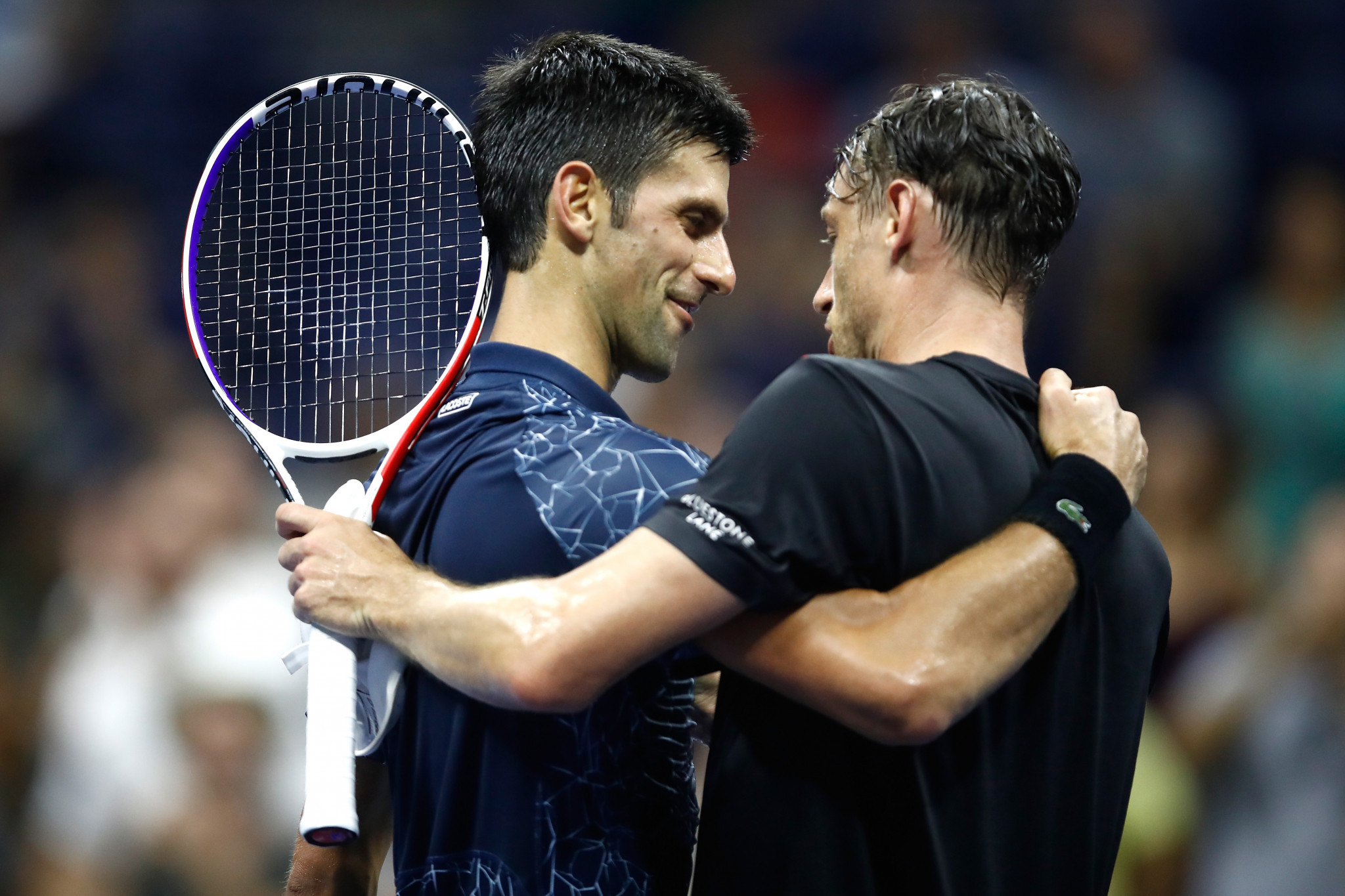 The 31-year-old Serbian, whose Wimbledon victory in July was his first Grand Slam success in more than two years, won 6-3, 6-4, 6-4 against the world number 55 in stifling conditions at Flushing Meadows.

Keys and Osaka will meet in today’s second semi-final.

The first semi-final will be between multiple Grand Slam winner Serena Williams, seeded 17th here following her time out of the sport when she suffered serious health complications after giving birth to a daughter, and 19th seed Anastasija Sevastova of Latvia.

Djokovic, a two-time winner of the US Open, has now won all 11 of his quarter-final matches in New York.

He missed last year's tournament with an elbow injury but has now reached at least the semi-finals in every appearance at Flushing Meadows since 2007.

The victory was not as easy for the sixth seed as the scoreline suggested, with the Australian providing stoic resistance before Djokovic came through to take his first match point after two hours 49 minutes, just before midnight local time.

Djokovic has gone on to reach the final seven times from those 11 straight last-four appearances, and victory over Nishikori would move him alongside Pete Sampras and Ivan Lendl's record appearances total in the men's showpiece.

A bigger piece of history awaits, however, if he can go all the way in New York - a 14th Grand Slam victory would rank him alongside Sampras, and behind only Federer and Nadal in major triumphs.

Not for the first time at the tournament Djokovic struggled in the conditions which, although still hot and humid, appeared much easier than on previous nights.

He was given some tablets during the second set - but declined to say what they were when asked in his post-match media conference.

The Australian also suffered with the heat, having to disappear off court at 2-2 in the second set to change his sweat-soaked kit.

Ball boys and girls had to wipe the court with towels between games, and the USTA issued a statement afterwards confirming the chair umpire allowed Millman to leave the court after determining the surface was "dangerous".

The 29-year-old Millman, who had beaten Federer in four sets in the previous round, frequently chatted with his supporters in the stands and entertained the crowd with some remarkable retrieving.

High temperatures on court were also an issue for Nishikori and Cilic, who led by a set a break before allowing Japan’s 21st seed to take a 2-1 lead.

Cilic recovered to force a decider but the 28-year-old Nishikori edged through in a match lasting four hours and eight minutes.