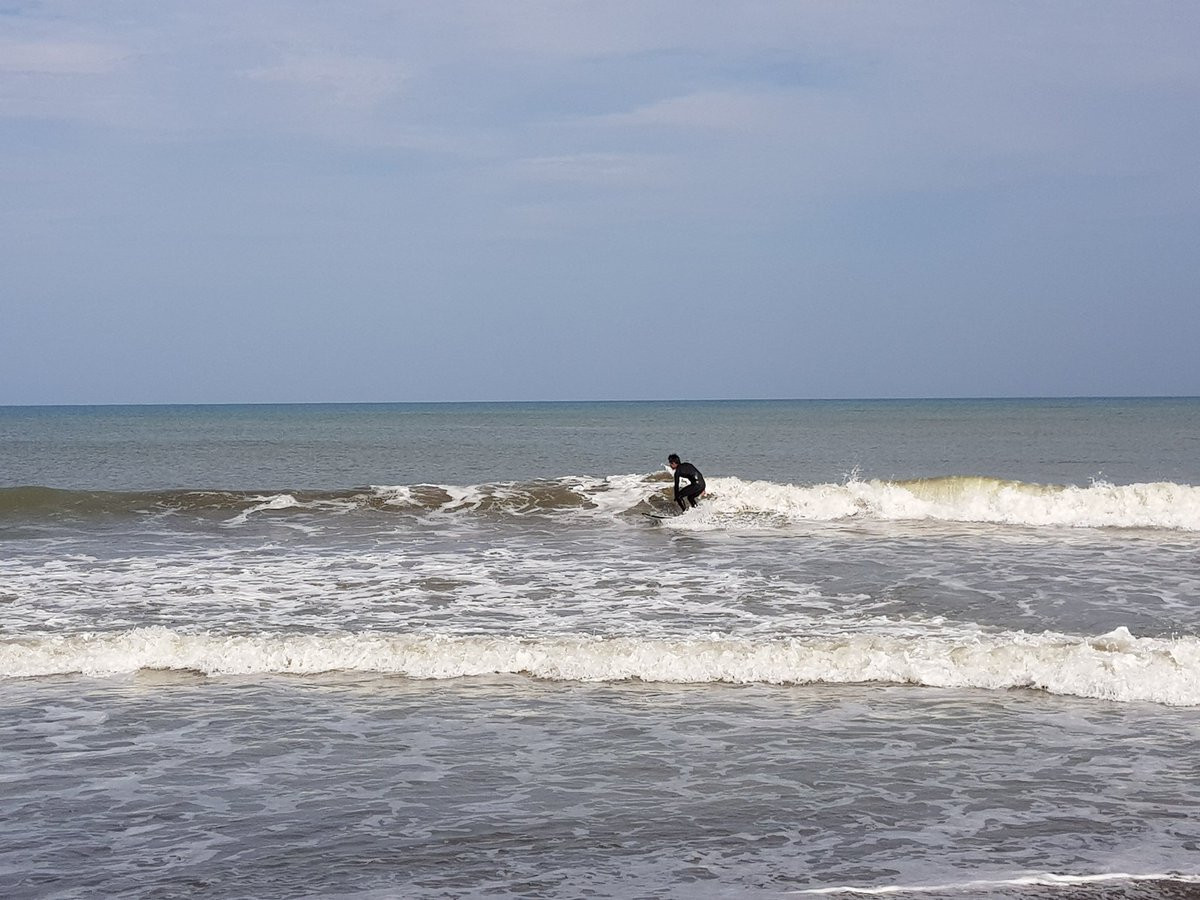 Tokyo 2020's sports manager for surfing, Kimifumi Imoto, has today welcomed media to the venue here that will play host to the sport’s Olympic debut in two years' time.

The visit to the venue formed part of Tokyo 2020’s first World Press Briefing (WPB), which begun on Tuesday (September 4) and is scheduled to conclude tomorrow.

It was announced in March of this year that a total of 20 men and 20 women will take part in surfing at Tokyo 2020 after the sport's qualification system was officially approved by the International Olympic Committee.

There will be a maximum of two surfers per gender per country with the hope that the best professionals will participate in the event.

International Surfing Association (ISA) President Fernando Aguerre has reiterated on numerous occasions that he has no concerns about the conditions competitors will face.

As a part of surfing's successful bid to become a part of the Olympic programme in August 2016, competitions in both the ocean and using artificial waves were put forward by the ISA.

Natural water was selected, leading to fears that the waves in the summer months will not be sufficient for competition, which is due to take place over four days from July 26 to 29.

Imoto said the waves the media saw today, however, represented only around 20 per cent of maximum quality and that the expectation is for this to rise to 40 per cent or more during Games time.

"It depends on the weather, but we are expecting a bit more," he added.

"Unfortunately today we are not having very good conditions.

"The number of surfers is not very large.

"Usually we have more."

Imoto formed part of a high-level Tokyo 2020 delegation that joined Aguerre at the US Open on Huntington Beach, California in August.

The delegation met with athletes and the wider surfing community, and also worked with an ISA team on progressing plans for Tokyo 2020.

Plans are being developed on a unique surfing beach festival venue and the purpose of the trip to California was to continue discussions on how to best maximise the sport’s Olympic debut.

Speaking here today, venue manager Tadashi Takeuchi said details of the festival area have not been decided upon yet, but that discussions will start soon.

"For surfing, the wave condition is important so there might be some waiting time for them (the spectators)," he said.

"If they only stayed on the sand it would be very hot, so we’d like to provide a nice area for them to relax."

Separate venue tours were also provided today to the Izu Velodrome and Izu Mountain Bike Course, and the Kasumigaseki Country Club, which will stage golf at Tokyo 2020.