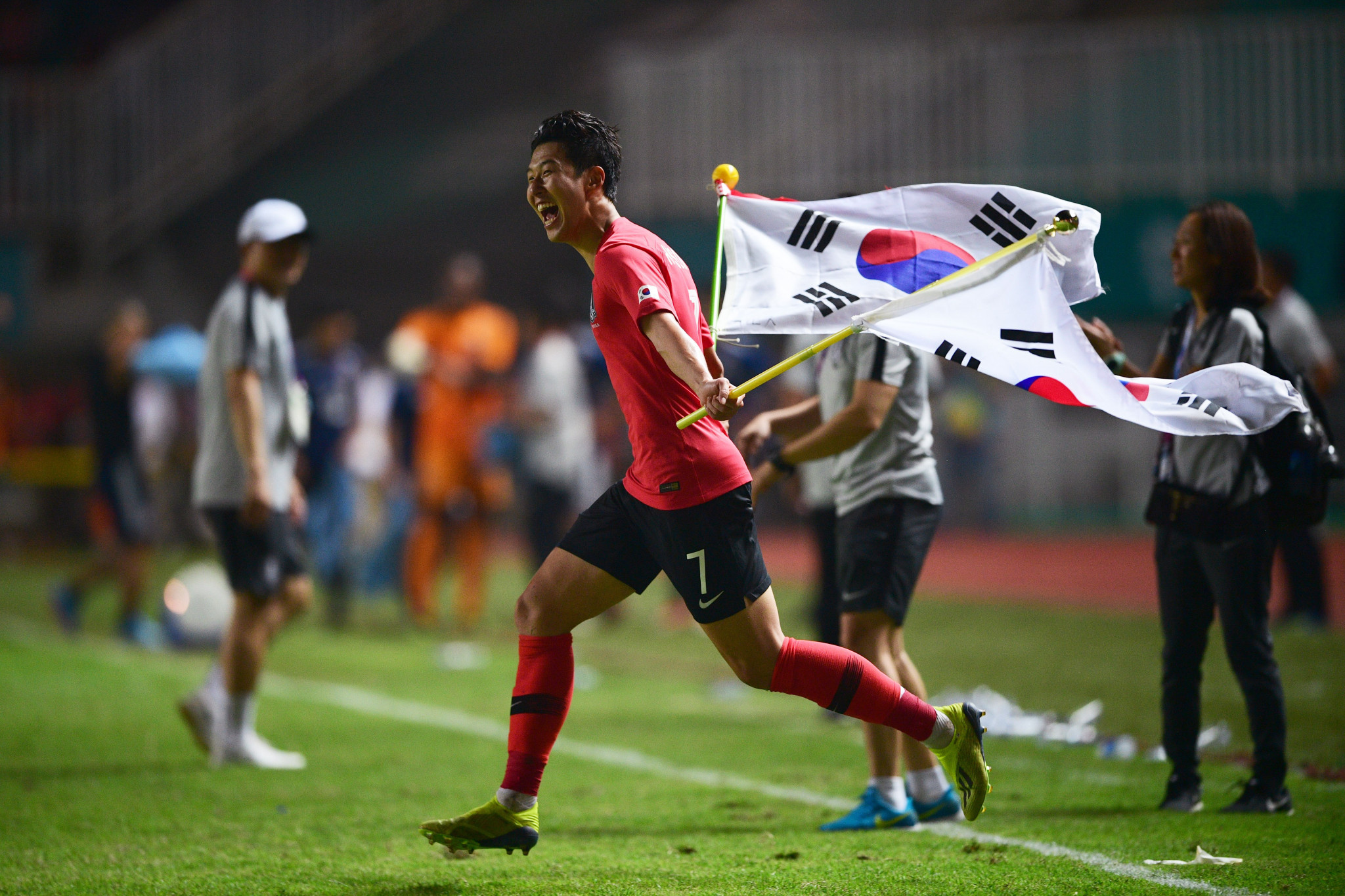 Tottenham Hotspur star Son Heung-min will no longer have to serve two years of military service after captaining South Korea to men's football glory here at the 2018 Asian Games today.

It meant 26-year-old Son, who plays for Tottenham in the English Premier League, started the final knowing that a win was essential to avoid a significant pause in his footballing career.

Son’s team were the better side throughout the match but during normal time they were unable to take their chances and the final whistle blew with the score 0-0 in the final against Japan.

Quality in the game was largely lacking at crucial moments, with passes in the final third from both sides often going astray.

It meant that as the final whistle blew, penalties seemed like the most likely outcome.

However, knowing what was on the line, Son and his team pressurised their Japanese opponents from the start.

Son himself won the ball in Japan’s half within seconds of the match restarting, and promptly beat two defenders to make it into the box.

It looked as if he might score a spectacular individual goal, but with his weak foot he dragged his shot just wide of the far post.

That chance seemed to energise his side however and they took the lead shortly after thanks to Seungwoo Lee.

Their lead was then doubled eight minutes later by Hee Chan Hwang who headed a shot into the top corner from just inside the box after a heavy touch from captain Son knocked the ball towards him.

Japan did pull one back, but the damage was done.

When the whistle blew to mark the end of the match, South Korea’s bench flooded the pitch and Son himself burst into tears of joy, such was the relief the victory brought.

Japan might have lost that match, but they had a much better time of it in the men’s hockey final.

Having watched the women’s team win their final yesterday, Japan’s men entered their own gold medal match against Malaysia, looking to win the title for the first time.

A comeback seemed unlikely, but in sport anything can happen, and anything did happen.

In the space of seven minutes Japan scored three times to draw the match level, but then straight from the restart Malaysia won and converted a penalty corner, to regain the lead at 6-5.

With just two minutes to go at that point it seemed that would surely be that, but in a truly incredible finish, Japan then scored their own penalty corner with just 20 seconds to go.

In a final act of desperation, Malaysia asked for the goal to be reviewed by the video umpire in case there was a Japanese foot in the D, but there was not and so the match ended 6-6.

The shoot-out saw both sides score their first attempts and indeed Japan their second, but five misses then followed, three of which came from Malaysia.

It meant that having been three goals behind with 15 minutes of the match to go, Japan’s Kazuma Murata stepped up for his attempt, knowing a goal would seal the most unlikely of victories.

China won another strong batch of golds, two of which came in the day's basketball finals.

First in the women’s gold medal match they beat Unified Korea in what was a historic match up.

In securing the silver, Unified Korea will now finish the Games with four medals, the other three of which came in dragon boat racing.

On top of that China also won the men's final against Iran 84-72, four out of six canoe/kayak sprint finals, both diving finals, both table tennis finals and the women's volleyball gold medal match.

It means with just one event to go, the mixed triathlon tomorrow morning, China sit comfotbaly atop the medals table with 132 golds, 92 silvers and 65 bronzes.

Japan are second with 74 golds, having also won a handful more today.

As well as the men's hockey final, the Japanese won the mixed judo final against Kazakhstan, the women's team soft tennis final and the men’s triathlon.

Hosts Indonesia, meanwhile, beat Japan in the men's quadrant sepaktakraw final, to win their 31st gold of the Games.

It means the country, who last hosted the Games in 1962, have had by far their most successful Asian Games yet.

The Games will officially end tomorrow evening with the Closing Ceremony at the Gelora Bung Karno Main Stadium in Jakarta.