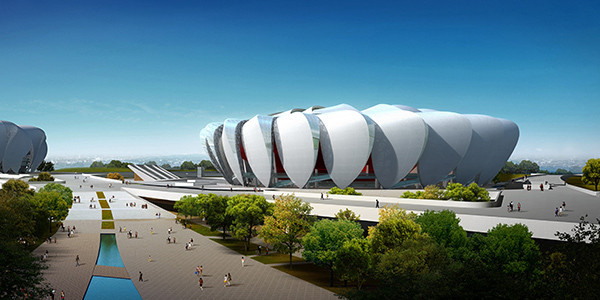 The 2022 Asian Games in Hangzhou will be the start of a new chapter for the city, officials claimed here today at the Olympic Council of Asia (OCA) General Assembly.

With more than 10 metro lines and two inter-city railways to be completed by 2022 before the Games are scheduled to take place, the city is set to be transformed rapidly.

Organisers promised to swiftly produce Hangzhou's action plan for cocoordinating all available resources for Games preparations in the "most efficient way".

They also vowed to continue with their "focused efforts" in venue construction.

"In the next four years, the Asian Games will start a new chapter for the city of Hangzhou," Hangzhou 2022 spokesman said here.

"And with the joint efforts of the Asian and OCA family, we are confident that we can deliver the most fabulous, successful and unforgettable edition of the Asian Games in Hangzhou."

It was revealed yesterday that OCA Sports Committee has unanimously proposed the programme for Hangzhou 2022.

The programme will be made up of the 33 sports set to feature at the 2020 Olympic Games in Tokyo, as well as six disciplines from Paris 2024, two sports put forward by the Local Organising Committee, and a sport from each of China’s five regions.

The inclusion of Sepak takraw, a sport native to Southeast Asia, in future editions of the Asian Games has been put under consideration.

Regarding aquatic sports, the OCA Sports Committee proposed that all International Swimming Federation-approved disciplines should be included in the competition programme.

Speaking after yesterday's OCA Executive Board meeting here, director general Husain Al-Musallam said a final decision will be made on the half-dozen sports from Paris 2024 when the International Olympic Committee approves that Games' programme.

Hangzhou 2022 will mark the third time China has hosted the Asian Games following Beijing in 1990 and Guangzhou in 2010.

Organisers are due to officially receive the OCA flag at the Closing Ceremony of Jakarta Palembang 2018 here on September 2.