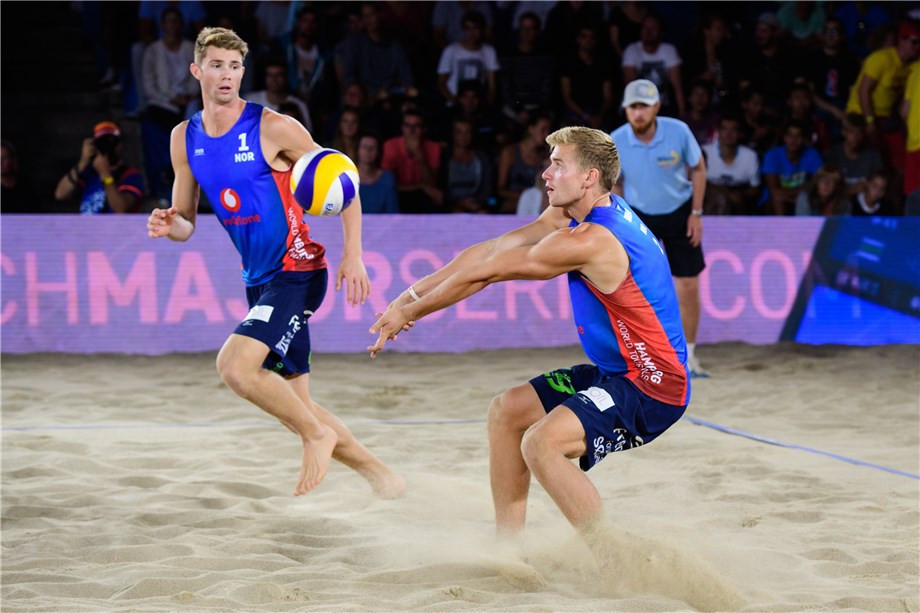 The European champions concluded this crowning International Volleyball Federation (FIVB) tournament with a 21-19, 21-17 victory - their 25th in a row.

The bronze medal match between Julius Thole and Clemens Wickler of Germany and Piotr Kantor and Bartosz Losiak of Poland ended in a 19-21, 21-15, 15-13 victory for the Poles.

The second semi-final will be an all-Brazilian affair between Maria Antonelli and Carolina Salgado, who earned their place as narrow winners of Pool A, and Agatha Bednarczuk and Eduarda “Duda” Lisboa.

Fourth-seeded Antonelli and Carolina were the first to advance today as they won their third of four Pool A matches with a 23-21, 21-17 scoreline against top seeds Chantal Laboureur and Julia Sude of Germany.

That meant Antonelli and Carolina tied for top spot in Pool A crown with fifth-seeded Heather Bansley and Brandie Wilkerson of Canadian as both teams had 3-1 records in group play.

However, the Brazilians won the tie-breaker with a better point ratio.

In Pool B, the seventh-seeded Artacho and Clancy advanced by the same method after beating ninth-seeded Victoria Bieneck and Isabel Schneider of Germany 21-15, 22-20.

That meant they tied with third-seeded Agatha and Duda with a 3-1 record.

"We’re going to enjoy the moment today and recover and reset and get ready for another tough match tomorrow," said Artacho.

“We’ve had some really tough matches and to come out on top in this tournament where we play the best in the world, it’s such a special feeling."

Hermannova and Slukova also gained their spot in the semi-finals with a 15-21, 21-17, 15-7 win over Canada’s Heather Bansley and Brandie Wilkerson in the last eight.

The women’s final tomorrow evening carries the same prize money as that of the men.