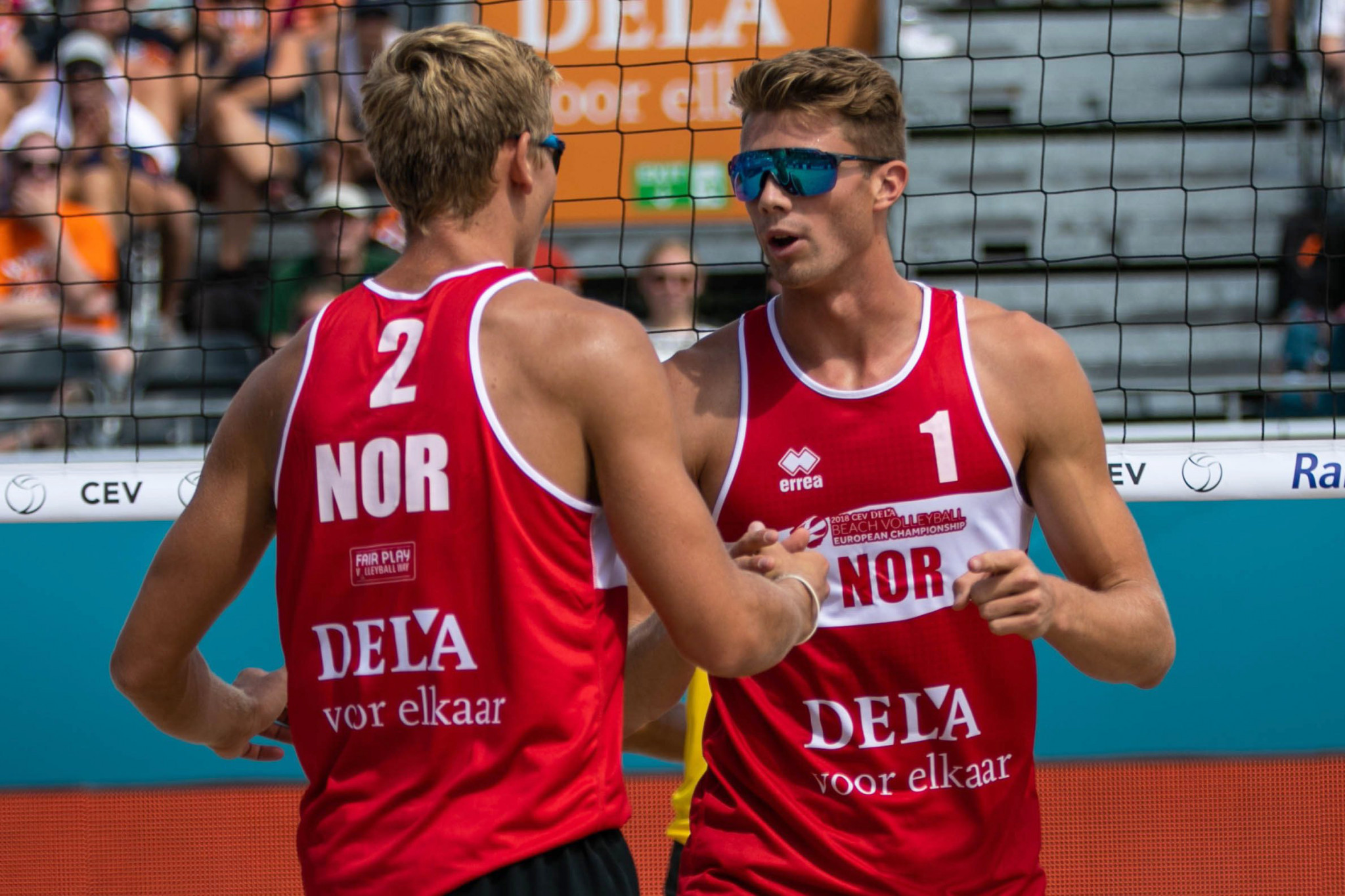 Anders Mol and Christian Sorum of Norway and Piotr Kantor and Bartosz Losiak of Poland confirmed won their respective pools to earn semi-final places at the Beach Volleyball World Tour Finals in Hamburg.

The Norwegians, recently crowned the European champions, topped Pool B despite a 17-21, 25-23, 15-13 defeat to Alexander Brouwer and Robert Meeuwsen of The Netherlands at the Rothenbaum Stadium.

Mol and Sorum will play Germany’s Julius Thole and Clemens Wickler, who earned a 22-20, 15-21, 15-13 quarter-final win over Latvia’s Martins Plavins and Edgars Tocs.

The Polish team will meet fellow countrymen Michal Bryl and Grzegorz Fijalek, who came through their quarter-final against Italy’s Paolo Nicolai and Daniele Lupo 21-16, 21-18.

The men’s gold and bronze medal matches in this International Volleyball Federation World Tour finale will be played tomorrow evening, with the winners taking a prize of $150,000 (£118,000/€132,000) – the biggest gold medal purse in beach volleyball history.

Germany’s top seeds Chantel Labourer and Julia Sude revived their chances in the women’s event as they beat Pool A leaders, the previously unbeaten and fifth-seeded Heather Bansley and Brandie Wilkerson of Canada, 21-19, 21-13.

“We knew that in this tournament anyone could beat anyone," said Laboureur, who is playing in her fourth-straight World Tour Finals with Sude.

"We knew we could beat them, but at the same time we needed to be really careful because they are really strong.

"We’re very excited and we’ll put everything in the last game and hopefully we can top our pool.”

After losing on Wednesday’s to 10th-seeded Sara Hughes and Summer Ross of the United States, Laboureur and Sude regained their winning ways yesterday with a 24-22, 21-19 victory over eighth-seeded and reigning European champions Sanne Keizer and Madelein Meppelink of The Netherlands.

The women’s event, which will be decided on Sunday, carries the same prize money as that of the men.