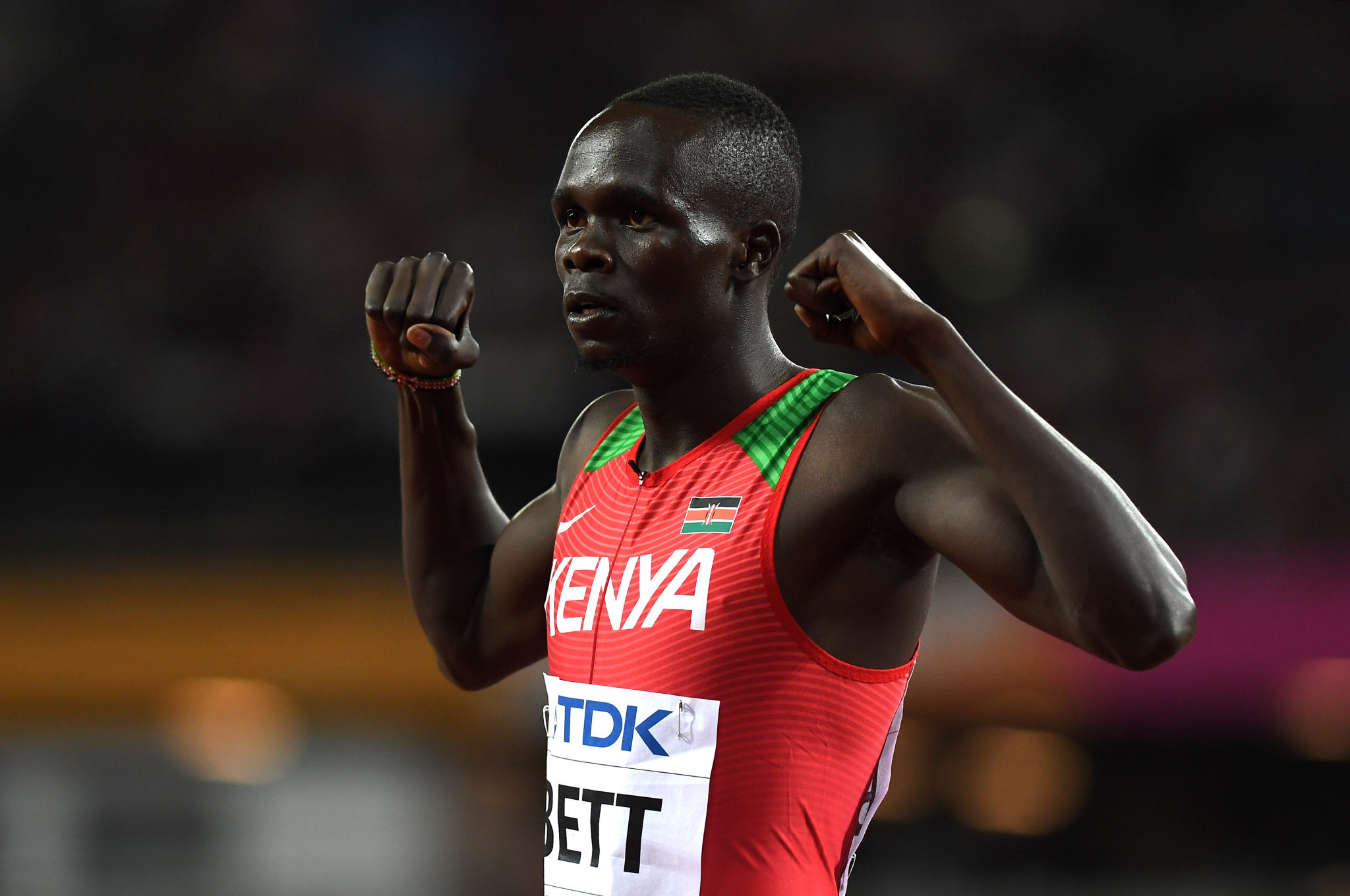 World Championships bronze medallist Kipyegon Bett has become the latest Kenyan athlete to be embroiled in an anti-doping case after he was provisionally suspended for evading a drugs test.

Bett, who won bronze in the 800 metres at last year's World Championships in London, was charged by the Athletics Integrity Unit (AIU) today.

The 20-year-old, who also claimed the world under-20 title in the 800m in Poland in 2016, is accused of "refusing or failing to submit to sample collection".

He has been provisionally suspended and is unable to compete at any International Association of Athletics Federations (IAAF) events until his case is resolved.

It is not clear when the alleged incident occurred as no further details have yet been revealed by the AIU, which is responsible for administering anti-doping cases.

The decision adds to Kenya's doping woes as Bett becomes the fourth athlete from the country to be suspended in less than a month.

Wangui, a Commonwealth Games gold medallist in 2006, whose marathon best of 2 hours 19min 34sec puts her 13th on the all-time list, failed a test for banned narcotic, morphine.

Mweresa, winner of a 400m silver and 4x400m relay gold medal at the 2015 All-African Games in Brazzaville, was dropped from the Kenyan team for the recent African Athletics Championships in Asaba after a reported failure for an unspecified substance at the Kenya Defence Forces Championships in Nairobi.

Kenya and Ethiopia head a list of nations categorised by the IAAF last month as being the most at risk of doping.

Bett clocked a time of 1min 45.21sec when he claimed bronze at the World Championships in London behind silver medallist Adam Kszczot of Poland and French winner Pierre-Ambroise Bosse.

He was a member of the Kenyan team which took silver in the 4x800m at the IAAF World Relays in the Bahamas in April of the same year.