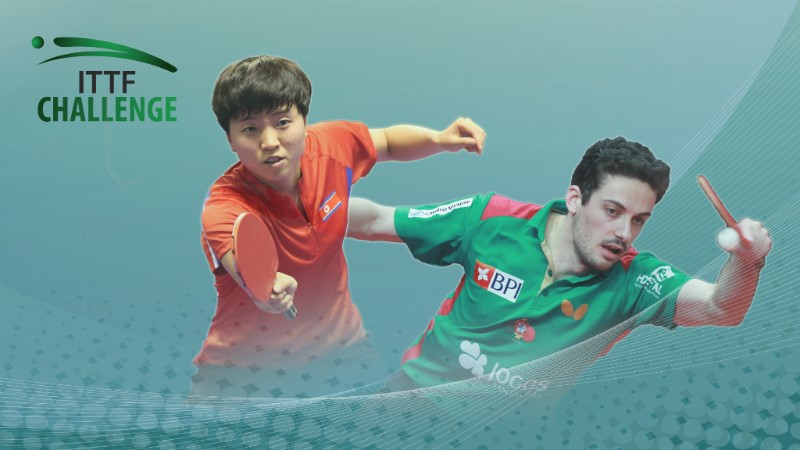 The International Table Tennis Federation (ITTF) will hold 17 Challenge Series events in the 2019 season, eight more than this year, they have announced.

Nine of the events will take place in cities that have never previously hosted a Challenge Series tournament, and there will be at least one on each continent.

The ITTF have also announced that the Series will be split into two tiers for the first time, with the top tier being called Challenge Plus.

"The increased amount of ITTF Challenge Series events shows the increased interest in organising table tennis events and the proven success of the change of our world rankings at the start of 2018," said ITTF chief executive Steve Dainton.

"These 17 events added to our 13 ITTF World Tour events means that we have 30 Tour events in 2019, which provides our players with immense value and fits in with the ITTF's strategy of having a fully professionally run global tour by 2021."

The Challenge Series sits one level below the ITTF World Tour, which features the premier tournaments on the table tennis calendar.

Challenge Plus events have been awarded to Lisbon in Portugal, Muscat in Oman, the North Korean capital Pyongyang, Lagos in Nigeria, Asuncion in Paraguay and Markham in Canada.

"Challenge Series events are a perfect platform for new hosts to organise a world-class event, and a good platform for new players to get their first experience playing at international level."

The first Series event of 2019 will be the Challenge Plus tournament in Lisbon, from February 13 to 17.

You can see a full list of all the venues and competition dates here.