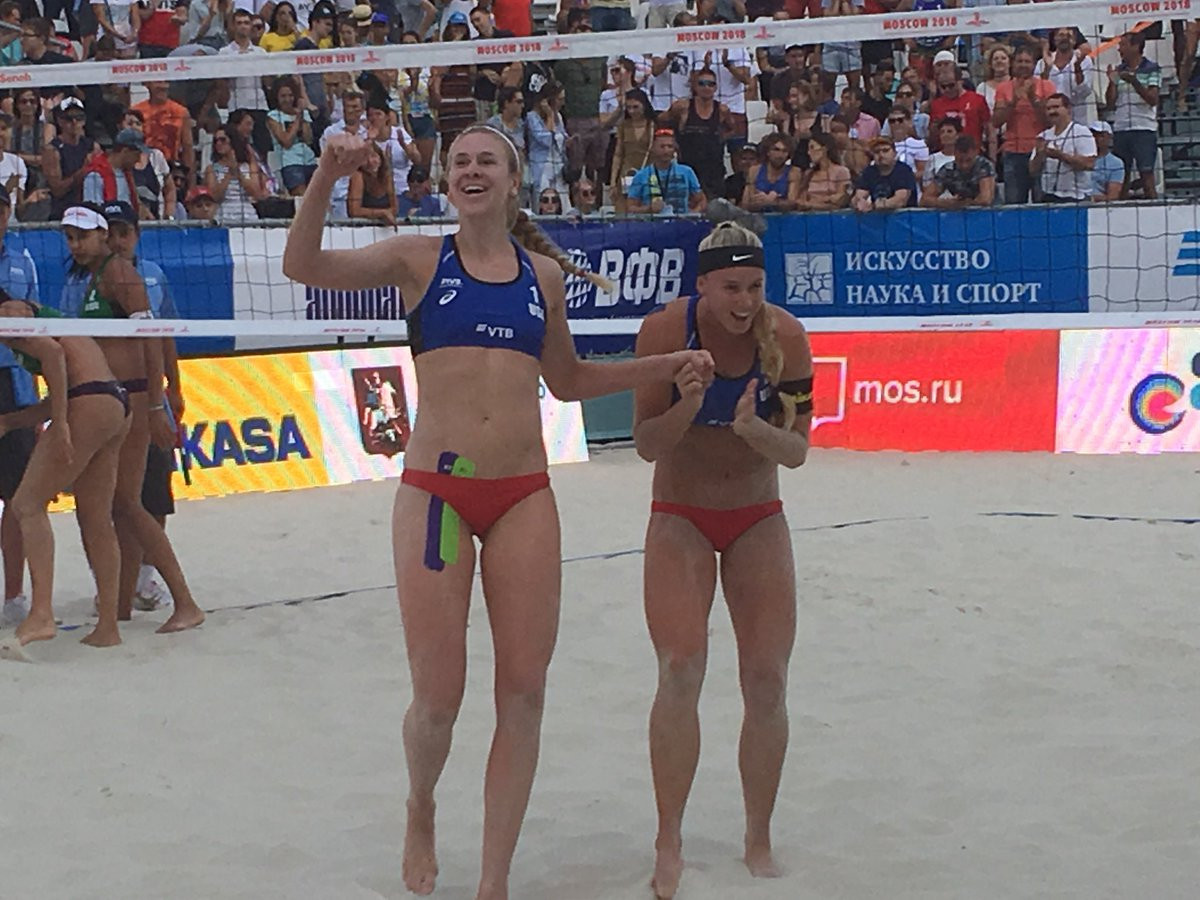 The United States’ duo of Summer Ross and Sara Hughes have won their first Federation of International Volleyball (FIVB) World Tour Title together, by beating the Brazilian pair of Agatha Bednarczuk and Eduarda Santos Lisboa in the Moscow Open final today.

The Americans only made their debut as a pair at the Hague earlier this season, but they immediately established themselves as formidable opponents by making the quarter-finals there, before winning bronze at the Espinho Four-Star last month.

“That was so amazing,” Hughes said.

“My first World Tour final and being in the final meant everything.

“Brazil played great, but we competed hard to come out with the win.”

The pair played well in the first set but were then largely dominated in the second.

Hughes then won them the first point of the tie break however, which clearly settled their nerves and they went on to win from there.

“We knew that the first point meant everything,” Ross said. “We just had to get every point we could get and somehow we got through.”

Gold means that Ross has improved on the silver medal she won in the Russian capital in 2017, when she was playing alongside Brooke Sweat.

The bronze medal was won by Switzerland’s Tanja Huberli and nina Betschart, who won their second World Tour medal of the year by beating Germany’s Julia Sude and Chantal Laboureur 21-19, 21-12.

The men’s final, between Janis Smedins and Aleksandrs Samoilovs from Latvia and Alison Cerutti and Andre Loyola Stein, was taken by the Latvian's in straight sets, meaning it was a bad day all round for the South American nation, as they also lost the men's bronze medal match.