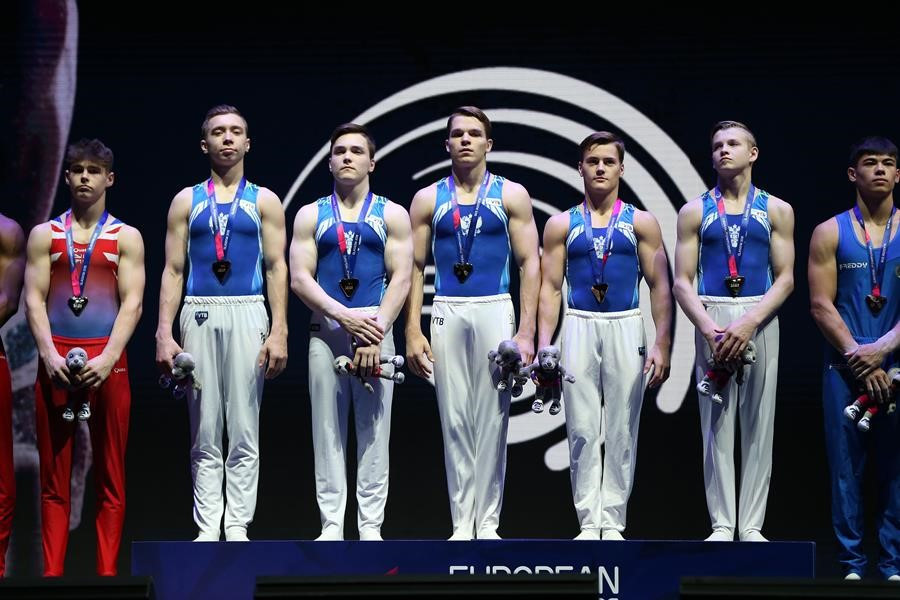 Great Britain missed out on the chance to win a record sixth consecutive European men’s junior artistic gymnastics team title here at Glasgow 2018 when they had two falls off the horizontal bar and handed the gold medal to Russia.

Britain were well on their way to victory at the SSE Hydro, but the falls on their last event meant Russia triumphed by a margin of 0.833 points.

They ended the competition with one of their best events, the rings, and achieved the top three scores of the day on that apparatus.

"We didn’t see the mistakes of the British gymnasts [on the horizontal bar] before we started on rings," Russia’s Mikhail Khudchenko said.

"Our coach probably did, but we just focused on our rings routines."

Top score on high bar for Nicolo Mozzato 🇮🇹 on his way to the junior all-around title!#EC2018 pic.twitter.com/cY2OhhkvzQ

The bronze medal went to Italy with 237.895 points, beating fourth-placed Switzerland by a margin of just 0.066.

The men’s senior artistic gymnastics team final is due to take place tomorrow.