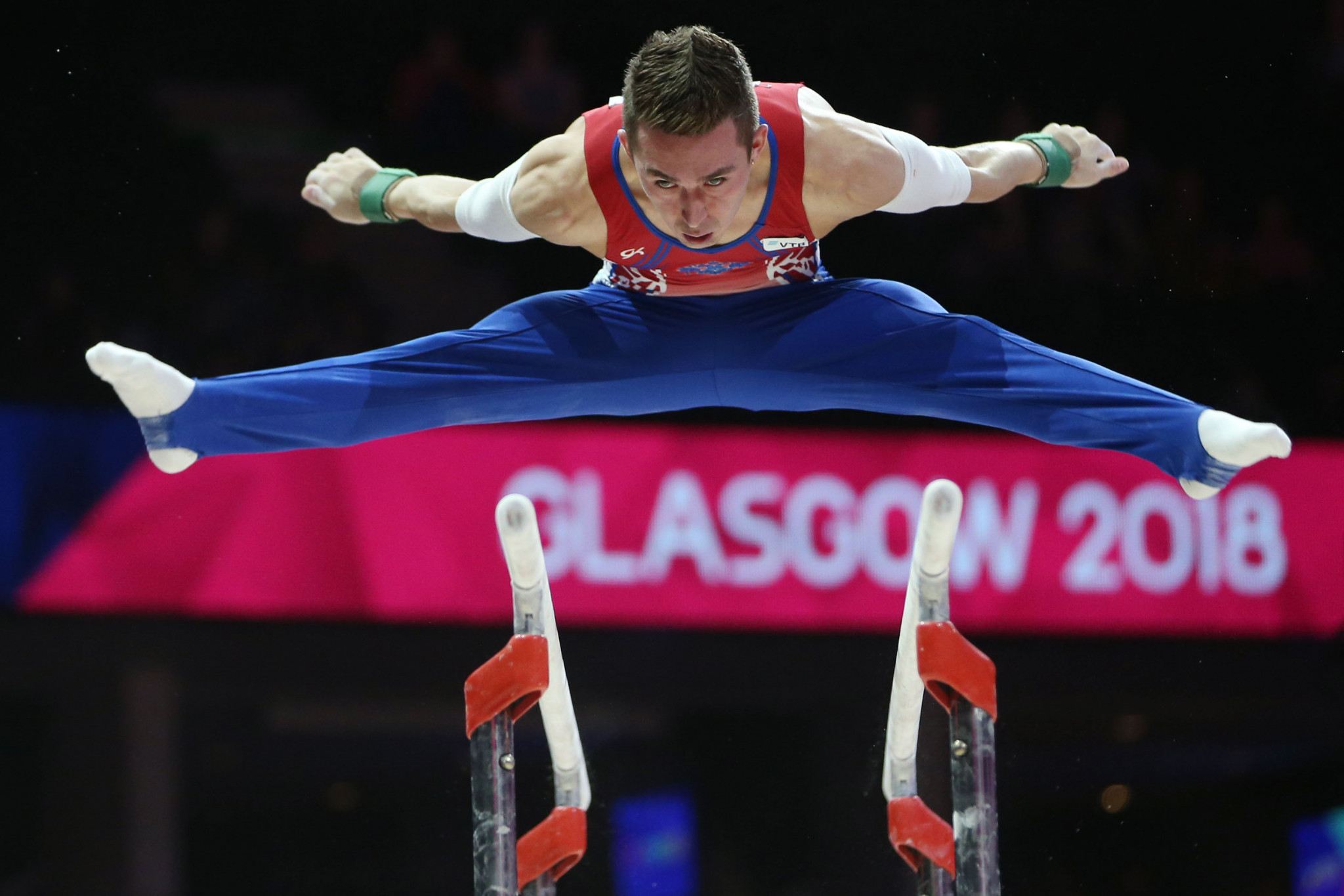 A emphatic score of 259.427 points saw the Russians finish ahead of hosts Great Britain, who came second with 252.496, at the SSE Hydro.

It was a shaky start for Russia on the high bar, with a fall from David Belyavskiy, but they rallied with superb exercises on the floor.

Two of their gymnasts, Dmitriy Lankin and Nikita Nagornyy, showed perfectly executed triple somersaults - a rarity in the sport.

Russia proceeded to dominate the rest of the competition and qualified gymnasts to every final except the high bar.

Belyavskiy recorded the highest score of the day - 15.533 points - on the parallel bars.

"I think we did everything we needed, not less, not more," Russia’s Nikolai Kuksenkov, ranked sixth in the pommel horse standings, said.

"Tomorrow we train and then we have the final [on Saturday (August 11)]."

Britain showed consistency across most of their routines, marred by a slight error from double Olympic gold medallist Max Whitlock on the floor exercise which left him in 23rd position and cost him a place in that apparatus’ final.

Whitlock, however, scored well on the pommel horse with 14.900 points to make that final in third place.

It sets up the fascinating prospect of a three-way battle between Whitlock, defending champion Belyavskiy and Ireland’s Commonwealth Games gold medallist Rhys McClenaghan, the top scorer with 15.266 points, on Sunday (August 12).

Another final to relish will be the duel between Greece’s Eleftherios Petrounias and Britain’s Courtney Tulloch, the top two finishers on the rings with point totals of 15.133 and 15.100 respectively.

"I can't wait to get out there and do a good routine, but first we have the team final and I need to do my job there," Tulloch said.

They finished some distance behind the British team due to a fall and other small errors on the high bar.

They qualified gymnasts to three finals; Marcel Nguyen on the floor and rings, and Nils Dunkel on the parallel bars.

The other team finalists are Switzerland, Turkey, France, Spain and Italy.

Gymnastics competition is due to continue tomorrow with the junior team, all-around and qualification for apparatus finals.

Britain will be attempting to win their sixth consecutive team title.

Women's artistic gymnastics competition at Glasgow 2018 concluded on Sunday (August 5) with Russia claiming the team title and Belgium, France, Hungary and The Netherlands each securing one apparatus crown.