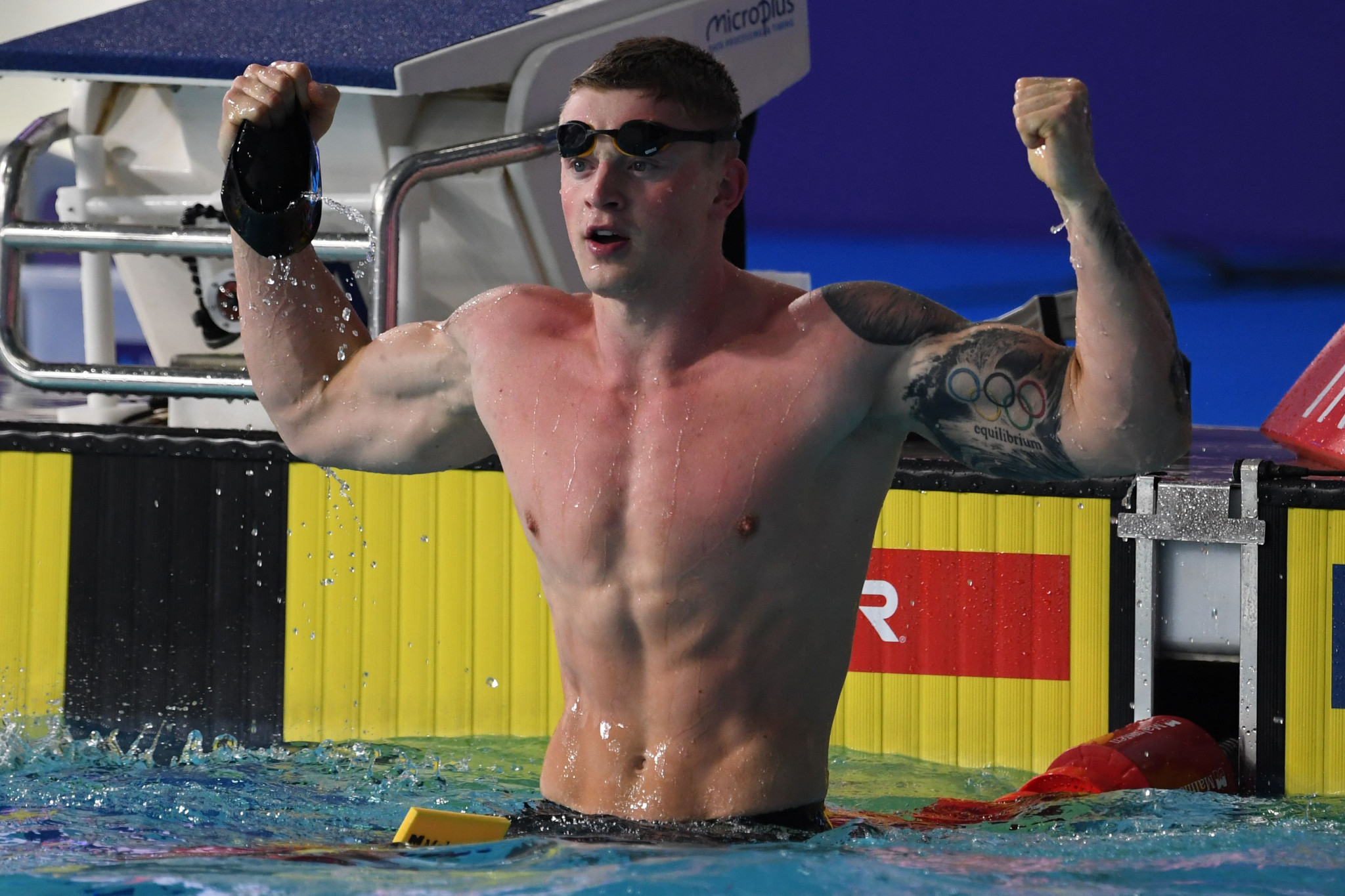 Peaty's dominance of men's breaststroke events had led to discussion on whether he would threaten his own world record of 25.95 seconds in the men's 50m.

The British star began behind his rivals out of the blocks, but unleashed a typical surge to the front.

He missed out on his world record time, but completed the event in a Championship record of 26.09.

Italy's Fabio Scozzoli was the only other swimmer to dip below the 27 second mark, as he won silver in 26.79.

The podium was completed by Slovenia's Peter Sevens in 27.06.

Sjöström also continued her domination in the pool, as the 24-year-old triumphed in the women’s 100m freestyle final.

The 50m champion held the lead at the halfway stage of the competition and maintained her advantage in the closing half of the race.

The Netherlands' Fermke Heemskerk settled for the silver medal behind her dominant rival in 53.23.

Bronze was secured by France's Charlotte Bonnet, who clocked 53.35.

Katinka Hosszu became the first female swimmer to win the same event for five consecutive European Championships, as she prevailed in the women’s 200m individual medley.

The Hungarian had dropped out of the morning’s 200m backstroke heats to focus on the event and her decision proved to be justified.

She came on strongly in the freestyle leg to clinch gold, her first of the Championships, by ending in 2min 10.17sec.

Italy's Ilaria Cusinato and Switzerland's Maria Ugolkova rounded off the podium places, after they finished in 2:10.25 and 2:10.82 respectively.

There was disappointment my Britain's Siobhan-Marie O’Connor, as the fastest qualifier missed out on the podium by ending in 2:10.85.

The 400m gold and 1,500m silver medallist was forced to hold off the challenge of Italy's Gregorio Paltrinieri in the closing 100m.

Florian Wellbrock of Germany secured the bronze medal in 7:45.60.

Russia’s Evgeny Rylov stormed away from his rivals to claim a superb victory in the men’s 200m backstroke event.

He achieved a Championship record time of 1:53.36, which saw him finish 2.71 seconds clear of silver medallist Radoslaw Kawecki of Poland.

Bronze was claimed by Italy’s Matteo Restivo, who finished in 1:56.29.