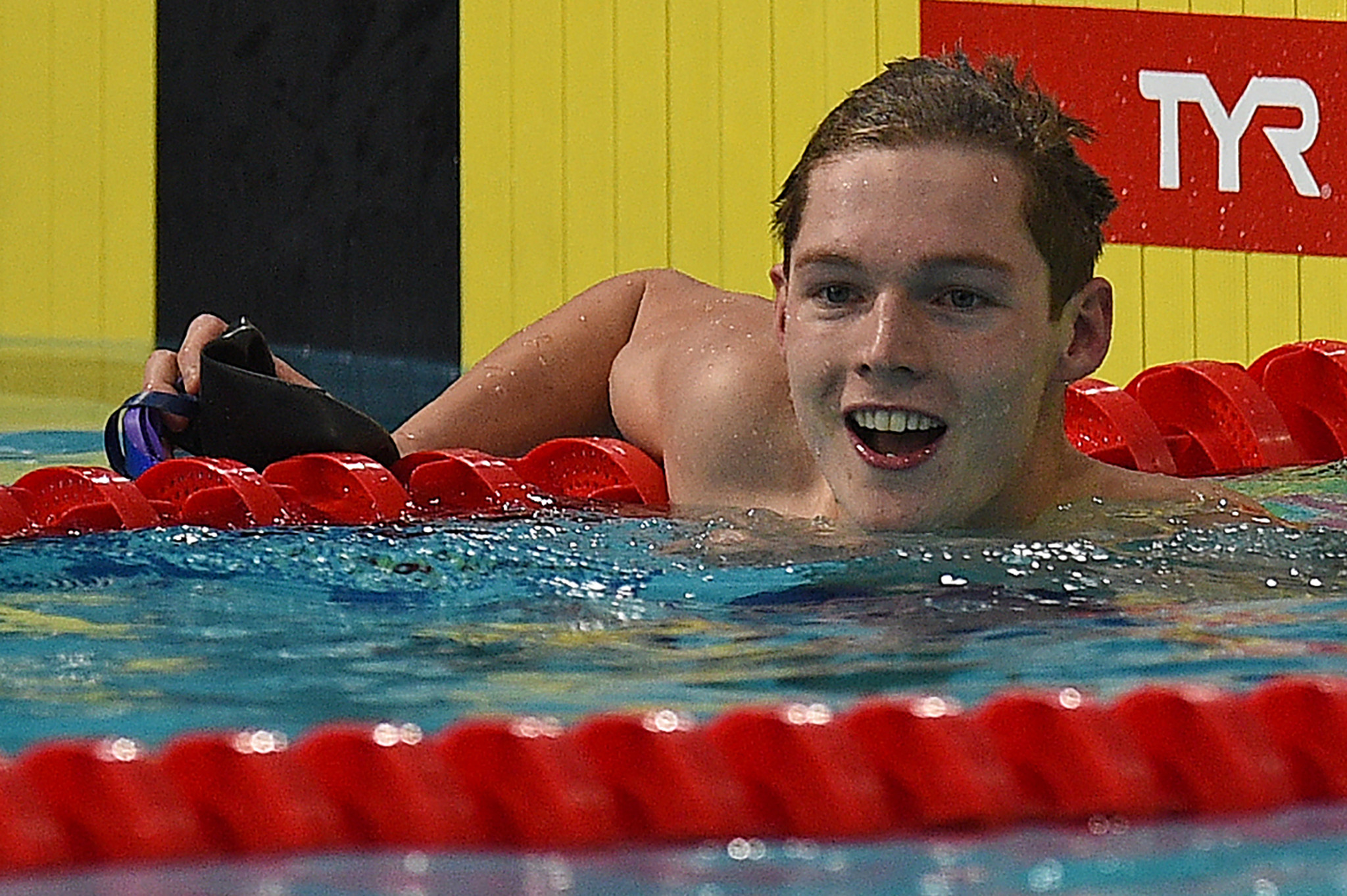 Duncan Scott produced a blistering performance to win the men's 200 metres freestyle title to the delight of the home crowd at the European Championships here today.

The British swimmer, drawn in lane eight, impressively pulled away from the field to secure an impressive gold medal in a time of 1min 45.34sec.

He prevented Danas Rapsys from claiming Lithuania’s first gold of the Championships, with the runner-up ending 0.73 seconds behind.

The podium was completed by Russia's Mikhail Dovgalyuk, who beat Britain's James Guy to bronze by finishing in 1:46.15.

"I had to swim my own race out there in lane eight.

"It's got its ups and its downs, but it's great - I didn't really know what was going on with the rest of the field.

“I had a sneaky look on the last turn, but I didn't really know what they were doing and it was quite tough in that sense but I'm really happy with that, delighted."

Yuliya Efimova claimed her second gold medal of the Championships as the Russian added the 200m breaststroke title to her 100m crown.

Efimova, who has proved a divisive figure in the sport due to her involvement in doping controversies, came through strongly in the second half of the race to clinch a comfortable win.

The Russian achieved a time of 2:21.31 to take the gold, with Spain’s Jessica Vall Montero ending 1.71 seconds back as the runner-up.

Britain's Molly Renshaw secured the bronze medal in a time of 2:23.43.

Italy's Simona Quadarella would also celebrate her second gold of the Championships, as she secured the women's 800m and 1,500m freestyle double.

Quadarella triumphed over the longer distance by finishing the race in a winning time of 15:51.61.

Germany's Sarah Koehler challenged the Italian early on, but faded into second place in 15:57.85.

The podium was rounded off by Hungary's Ajna Kesely, who clocked 16:03.22.

Ukraine's Andriy Govorov produced a strong display to clinch the men's 50m butterfly title in a time of 22.48.

He touched out Britain's Ben Proud and Russia's Oleg Kostin, as they finished in 22.78 and 22.97 to take the silver and bronze respectively.

Anastasiia Fesikova would emerge as the winner of the women's 100m backstroke by finishing the event in a time of 59.19.