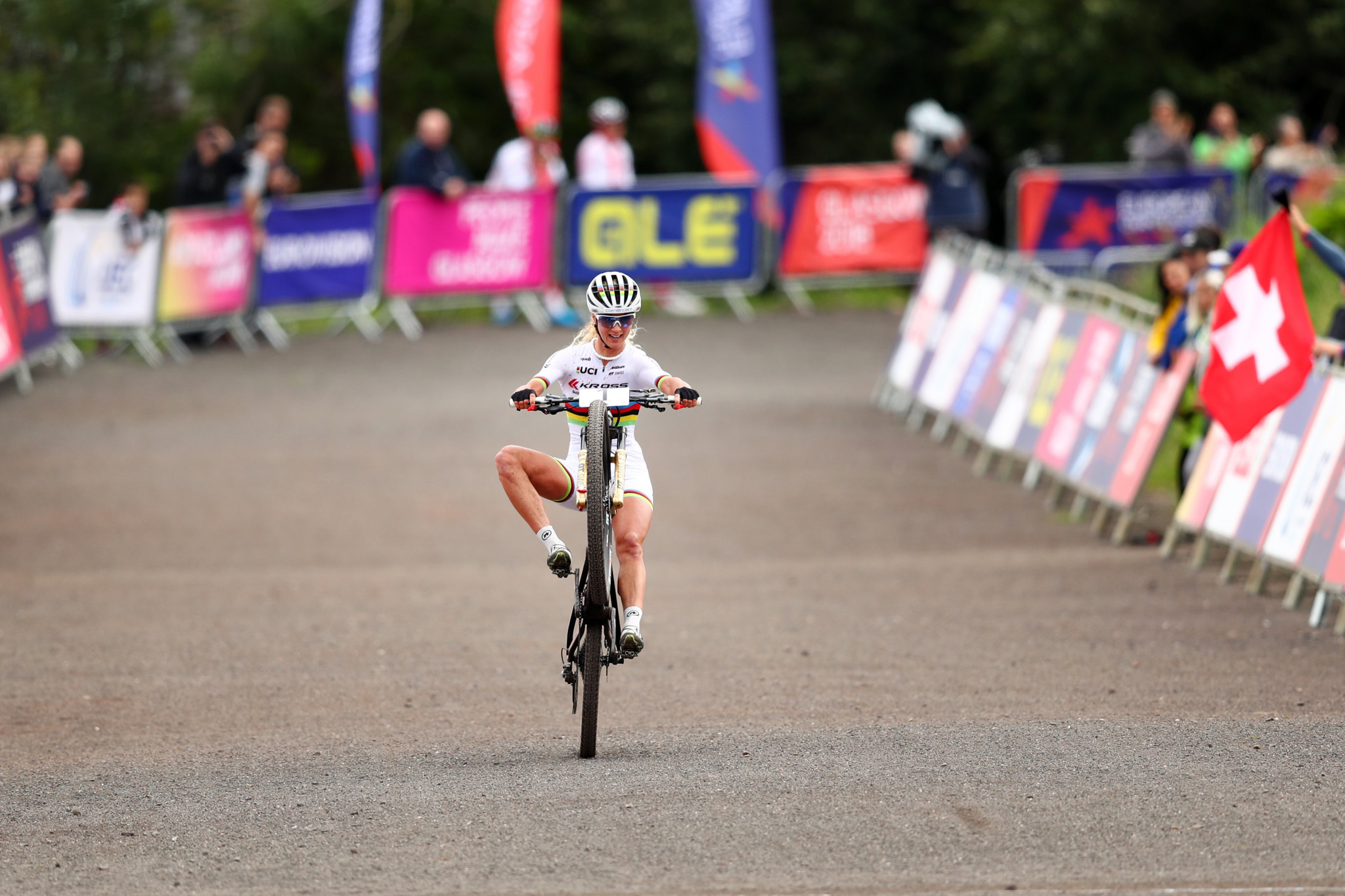 Neff would take control of the race from the start as she took the lead on the opening lap, edging clear of France's Pauline Ferrand Prevot.

Her advantage would continue to grow during the 28 kilometre event, which saw riders complete five laps of the 5.5km course.

The world champion built a near one minute lead over her nearest challenger by the end of the third lap, with only a mechanical incident or crash looking likely to deny her gold.

Neither would occur, as Neff kept the pace high in the closing laps to secure victory in a time of 1 hour, 31min, 29sec.

Neff claimed she had enjoyed racing on the course, which had been revamped from the 2014 Commonwealth Games, after earning her third European Championships title.

"There were many corners, small jumps, the downhills really demanded a lot of skills and that is what I love and enjoy.

"It was so much fun for me to ride here today.

"It means so much to win here.

"I have won this title two times already, but last time I missed out, I crashed.

"To come back and win my third European Championships today is really a dream coming true."

Neff, who also won gold at the inaugural European Games in 2015, was followed across the line by Ferrand Prevot.

Switzerland were able to celebrate double gold, as Lars Forster claimed victory in the men's competition.

He battled Italy's Luca Braidot for the majority of the race, which was held over 33km.

Forster eventually broke his rivals' resistance as the he moved clear to claim gold in a time of 1:33:01.

Braidot was forced to settle for the silver medal, as he finished 24 seconds adrift of the winner.

Bronze was claimed by David Valero Serrano of Spain, who finished in a time of 1:33:36.

He finished four seconds clear of Switzerland’s Lukas Flueckiger, who narrowly missed out on a podium spot.