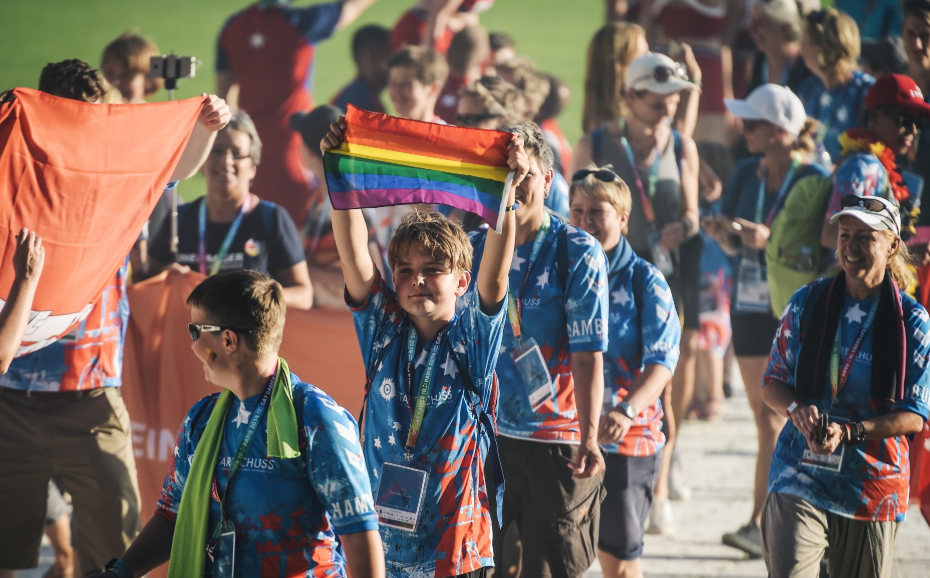 Ninety one countries and over 10,000 participants paraded in the Jean Bouin Stadium to mark the start of the 10th Gay Games in Paris as sporting action began.

The Games, first held in San Francisco in 1982, seeks to "combat discrimination, promote the recognition and freedoms of LGBT (Lesbian, Gay, Bisexual, and Transgender) people and promote information on HIV/AIDS, drug use and other risks".

Some participants come from countries where homosexuality is still a crime.

Swimming is among sports where action has already begun in 67 venues in and around Paris.

#OpeningCeremony - Of the 91 countries that represented during the ceremony, there're some delegations where homosexuality is still a crime.

➡️ #GayGames is an event for inclusion and respect of diversity, turned towards the world and the future! 😃#AllChampions • #AllEqual pic.twitter.com/msI4gbffk9

Competition in the pool has taken place across 12 age groups.

Those in the latter category competing today included Gustavo Gomez, an American who won the 100m medley in 2min 10.76sec.

The event is more a cultural celebration, though, although it is also an opportunity for the French capital to showcase its event-hosting credentials before Paris hosts the Olympic and Paralympic Games in 2024.