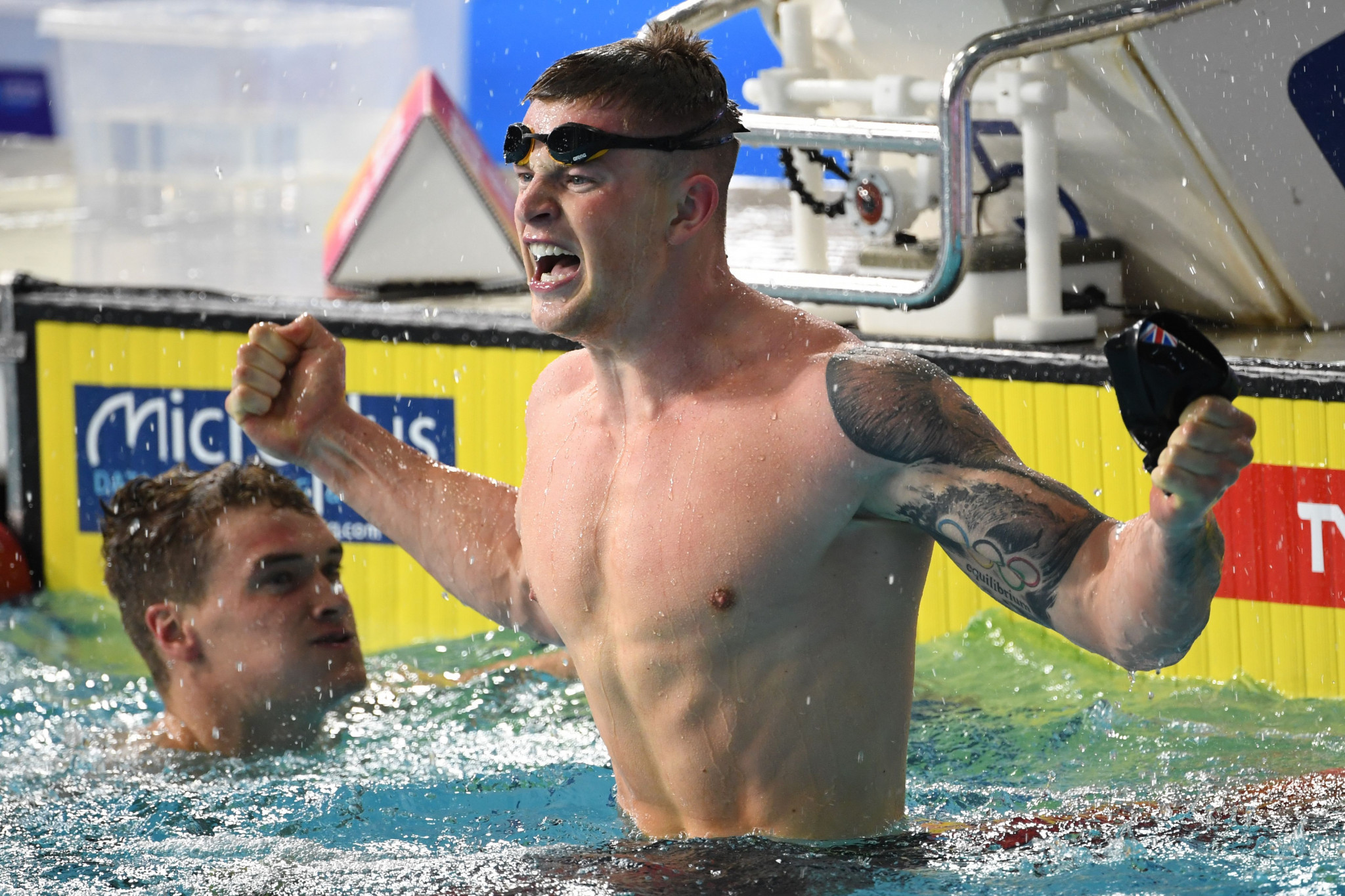 Great Britain's Adam Peaty smashed his own 100 metres breaststroke world record to claim the gold medal this evening at the European Championships here.

Peaty, unbeaten in the 100m breaststroke for four years, established a huge lead on the first 50m before pulling away further to win by 1.54 seconds from fellow Briton James Wilby.

It was the fourth time Peaty has lowered the record in this event, while Wilby swam a personal best of 58.54 for the silver medal and placed himself in the top three men's 100m breaststroke swimmers of all time - behind Peaty and South Africa’s Cameron van der Burgh.

The 100m breaststroke record stood at 58.46 before Peaty first shattered it in 2015, and he has long been planning to take it below 57 seconds.

He came within one hundredth of a second of that ambition with a very strong finish.

"It was a great race, great support from Scotland, Britain, the rest of Europe for that matter," Peaty said.

"The European Championships have a very close place in my heart because it is where it all started, [where I swam] my first world record in the 50m and it’s almost a perfect environment to perform."

There was also a world record broken this evening in the men’s 50m backstroke final, which Russia's Kliment Kolesnikov won in 24.00.

It betters the previous best of 24.04 set by Britain’s Liam Tancock nine years and two days ago in Rome.

Romania’s Robert-Andrei Glinta took the silver medal in 24.55 and Ireland’s Shane Ryan came away with the bronze medal in 24.64.

Another stand-out performer today was Sweden’s Sarah Sjöström, who took her European gold medal haul to 12 with victories in the women’s 100m butterfly and 50m freestyle.

Ten years later, she won the same event again today with a time of 56.13.

Sjöström won by only 0.01 seconds in the 50m freestyle, pipping Olympic champion Pernille Blume of Denmark.

The Netherlands’ Ranomi Kromowidjojo completed the top three in 24.21.

"To be able to recharge after that [butterfly victory] and win the 50m freestyle, which is probably the hardest event to win here, I am very, very happy about that," Sjöström, the Olympic 100m butterfly champion and seven-time world champion, said.

Among today’s other winners was Italy’s Simona Quadarella in the women’s 800m.

Russia’s Anna Egorova was the bronze medallist in 8:24.61.

The last final of the evening saw Germany triumph in the mixed 4x200m freestyle relay, a new event to international swimming.

Britain were 1.29 seconds behind in the bronze-medal position after a superb last leg from 17-year-old Freya Anderson moved them up from sixth place.