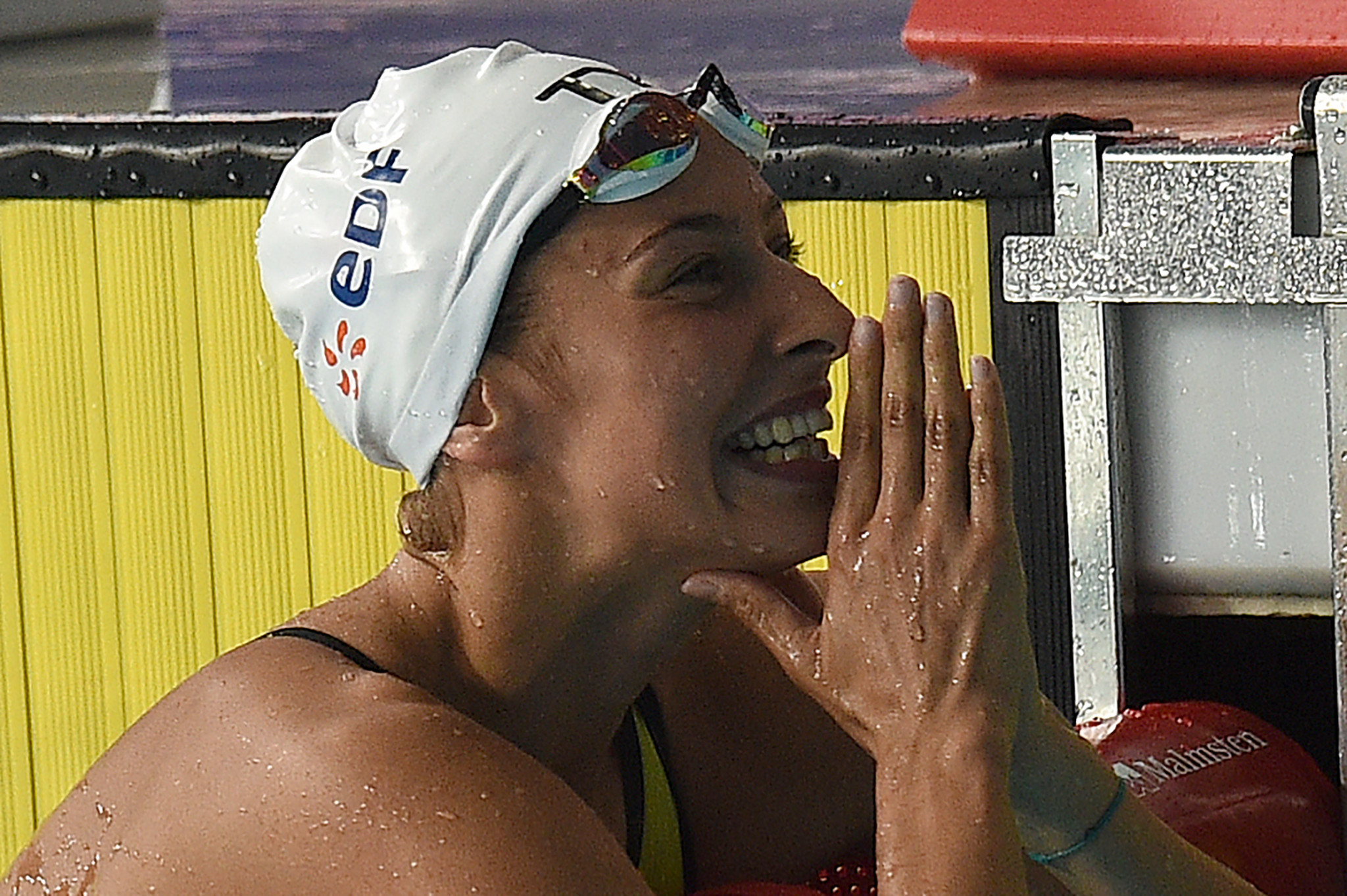 The 23-year-old secured her first major title and the first Glasgow 2018 swimming medal with a French national record time of 4 min 34.17sec, fastest in the world this year.

It sliced exactly two seconds off her time in this morning's heats, also good enough to top the rankings.

"It has been hard for me because I have been part of the team since 2014, have had good seasons but I've not made it in international competitions because I felt the stress," Lesaffre said.

"Now I have shown that I can represent France well."

Italy's Ilaria Cusinato won the silver medal in 4:35.05, while Scotland's Hannah Miley delighted the home crowd by taking bronze for Great Britain in 4:35.34.

There was also victory for France today in the women’s 4x100m freestyle relay, pipping defending champions The Netherlands.

Béryl Gastaldello touched the wall 0.12 seconds before Dutchwoman Ranomi Kromowidjojo to take the win in 3:34.65, also a national record.

"I feel very happy and proud of what my team has achieved," Gastaldello, joined on the winning side by Marie Wattel, Charlotte Bonnet and Margaux Fabre, said.

"Fantine dropped two seconds from this morning to win so it put us in a good position mentally.

"The job the two girls [who swam the heat] this morning did meant we were able to play different cards tonight."

The men’s 4x100m freestyle relay was won by Russia with Evgeny Rylov, Danila Izotov, Vladimir Morozov and Kliment Kolesnikov combining to clock a time of 3:12.23.

The swim was the second of the night for both Kolesnikov and Morozov, who earlier finished first and second respectively in the first of two 50m backstroke semi-finals.

Today’s one other final came in the men’s 400m freestyle event and saw Ukraine's Mykhailo Romanchuk triumph in 3:45.18.

Norway’s Henrik Christiansen took the silver medal in 3:47.07 and Germany’s Henning Muehlleitner came away with the bronze in 3:47.18.

Tonight's action also included a number of semi-finals with Olympic champion Pernille Blume of Denmark setting a Championship record of 23.85 in the women's 50m freestyle.

It betters the previous record set by Kromowidjojo in 2016 by 0.22 seconds.

Britain's Adam Peaty was 1.19 seconds quicker than his nearest rival and fellow Briton James Wilby to qualify for the men's 100m breaststroke final, while another Olympic champion Sarah Sjöström of Sweden comfortably booked her spot in the women's 100m butterfly final.