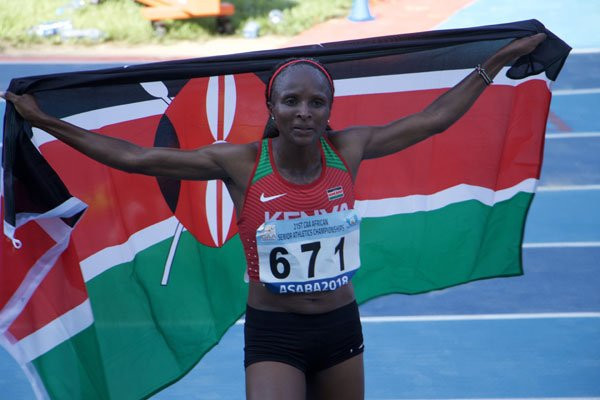 The troubled African Athletics Championships at Asaba in the Nigeria Delta suffered further ignominy today as Tanzania withdrew citing poor organisation and security concerns - but the second day of competition ended with some world-class performances on the track and infield.

Tanzania was expected to send five athletes to the biennual Championships, but officials said they were dissatisfied with the poor travelling plans to the event and concerned over the security threat from extremist groups in the region.

Chaotic preparations and numerous flight delays have overshadowed the sport so far, with athletes from numerous nations making their frustration and disappointment clear on social media.

More than 300 athletes from 20 countries were stranded for two days in Lagos, without flight connections to Asaba.

"The organisers of the African championship acted too late in sending the invitation letters, and they also failed to assure us that we would get visas on arrival in Nigeria," Athletics Tanzania secretary Wilhelm Gidabuday said.

"We are also concerned about the safety since the Niger Delta region where the event is being held has been put on security alert due to danger of attacks by the Boko Haram extremist groups."

Kenyan officials said the team were to planning to reschedule their travel for today.

Nigeria is seeking to illustrate its event hosting credentials as Abuja bids to host the 2022 Summer Youth Olympic Games.

The event is being attended by the International Association of Athletics Federations President, Sebastian Coe.

In the absence of Nigerian favourite Blessing Okagbare, who withdrew before the start of competition with what was described as a "small injury", Ivory Coast's Marie Josée Ta Lou won the women's 100 metres.

The home nation, which has been embarrassed by the problems encountered by visiting athletes, had a welcome chance for celebration as Nigeria's Joy Udo-Gabriel took bronze in 11.58.

South Africa's Commonwealth Games champion Akani Simbine lived up to his status as favourite in the men's 100m as he took the gold medal in 10.25, with Arthur Cisse of the Ivory Coast second in 10.33 and Simbani's compatriot Simon Magakwe earning bronze in 10.35.

The men's long jump produced a shock as South Africa's world champion and world indoor and Olympic silver medallist Luvo Manyonga, despite producing an excellent effort of 8.43 metres, was outdone on the day by his compatriot Ruswahl Samaai, who won with 8.45m and had a second best jump of 8.44m.