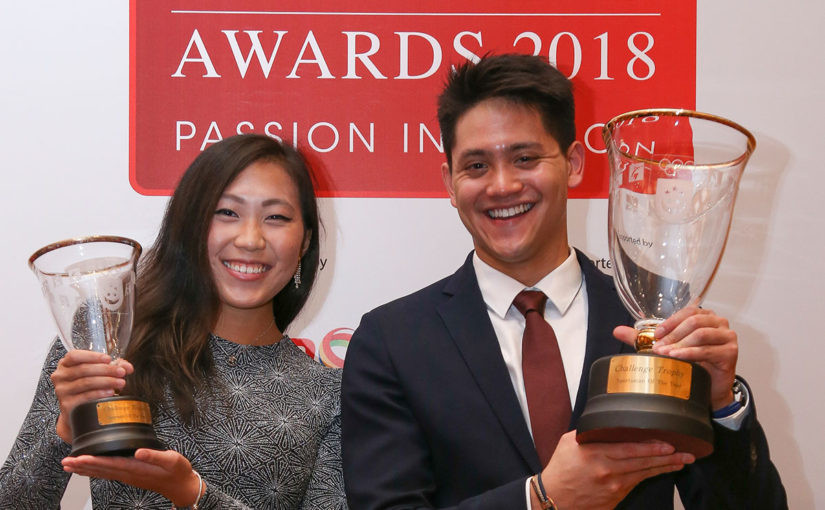 Joseph Schooling and Feng Tianwei have been named the 2017 Sportsman and Sportswoman of the Year by the Singapore National Olympic Committee (SNOC) at their annual Singapore Sports Awards at Marina Bay Sands.

The awards, which are organised every year by the SNOC and Sport Singapore, recognise "the most deserving individuals and teams in sports".

Schooling, a swimmer, won six gold medals for Singapore at the 2017 South East Asian Games, having won the country's first Olympic gold when he won the 100 metres butterfly at the Rio 2016 Olympics.

He also won bronze in the same event at the World Championships in Budapest last year.

Other award winners were the Singapore women's floorball team, who won team of the year.

Coach of the year went to swimming's Gary Tan while best event was claimed by the Singapore Marathon.

SNOC President Tan Chuan-Jin gave a speech at the ceremony, in which he described the purpose of the awards "to pay tribute to those who have excelled in the field of sport".

"I hope the awards will continue its longevity, and keep inspiring our sporting community to strive to be world beaters," he said.