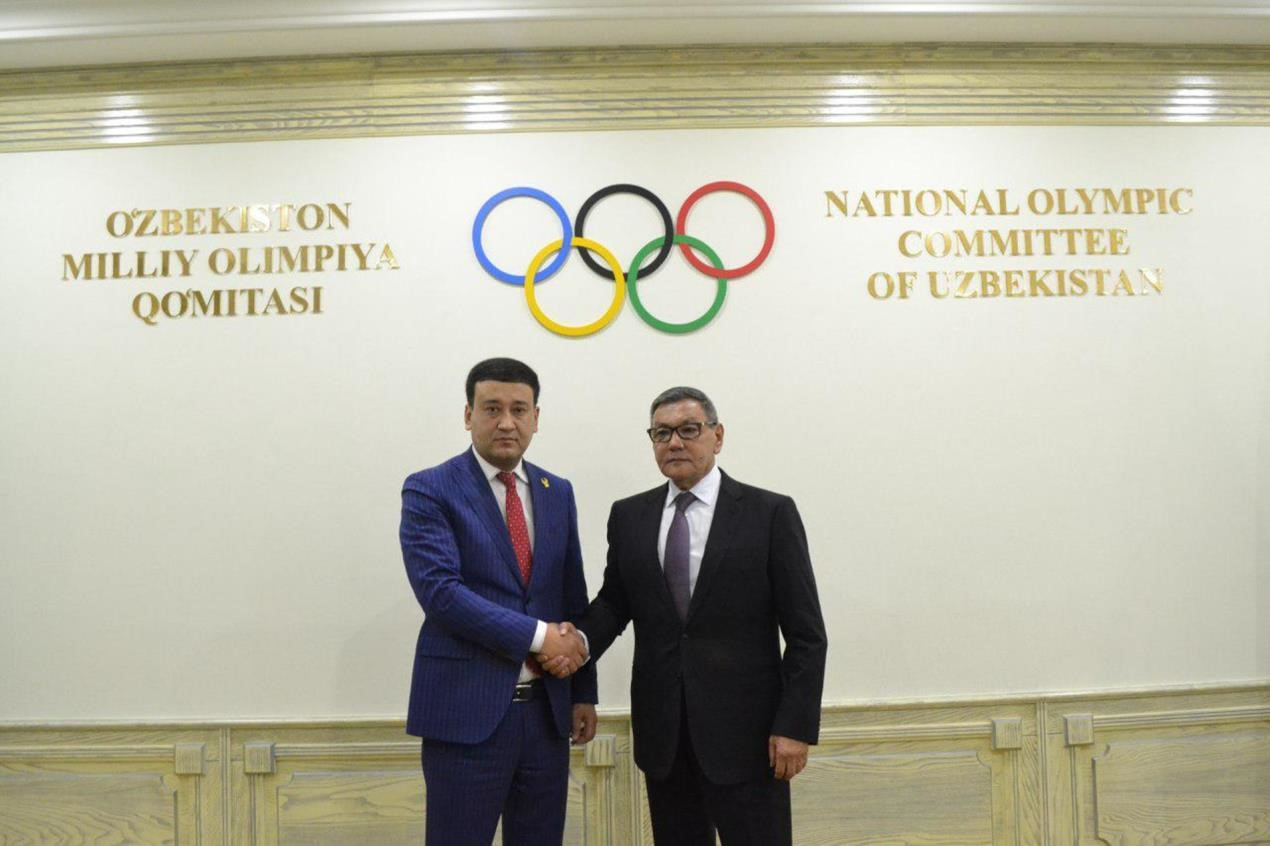 Gafur Rakhimov has been backed as interim head of the International Boxing Association (AIBA) by President of the National Olympic Committee of the Republic of Uzbekistan (UOC) Umid Akhmatdjanov upon his return to Tashkent, after he was removed from a list of alleged criminals who faced arrest if they entered the country.

Rakhimov's return to the Uzbek capital followed an announcement earlier this month he had been dropped from Uzbekistan's "wanted list" of alleged criminals.

A copy of a July 10 decree issued by the Prosecutor-General's Office in Uzbekistan has removed Rakhimov from its list of "wanted" individuals, Radio Free Europe reported.

The document stipulated that Rakhimov will not be detained for questioning if he returned to Uzbekistan, which he fled in 2010 after falling out of favour with the Government of then-President Islam Karimov and having his import-export businesses confiscated by the state.

Rakhimov, who currently lives in Dubai and Moscow, was required to report voluntarily to Uzbek authorities for questioning upon his return.

it is unclear whether he did this during his visit to Tashkent.

He faces a criminal investigation in Uzbekistan into allegations of alleged extortion, laundering millions of dollars from an organised criminal organisation, and forging documents, reported Radio Free Europe.

Rakhimov also remains on the United States Treasury Department's sanctions list as "one of Uzbekistan's leading criminals," an alleged key figure in the global heroin trade, and alleged links to a notorious international criminal network known as "thieves-in-law".

The decree removing Rakhimov from Uzbekistan's "wanted" list was signed by Shohmuhammadbek Muhammadjonov, the head of the Prosecutor-General's Office for Investigations into Serious Crimes, Radio Free Europe reported.

AIBA announced in May that Rakhimov instructed his lawyers at Ferrari & Associates in Washington D.C. and Carter-Ruck in London to file a petition for his removal from the US sanctions list.

"The move to engage two legal powerhouse firms shows that he is serious about proving his innocence in the face of what he called ‘fabricated media allegations of criminal associations that do not exist'," the AIBA statement published at the time said.

Rakhimov added in the statement: "I have never been associated with any organised crime group, and I have never been charged with, let alone convicted of, any crime by the authorities in any jurisdiction in the world."

International Olympic Committee (IOC) President Thomas Bach warned earlier this month, however, that Rakhimov’s permanent election as head of AIBA at a meeting in Moscow could put the sport's place at Tokyo 2020 in jeopardy.

Bach revealed following the IOC Executive Board meeting in Lausanne that boxing’s position on the Olympic programme "greatly depends" on the result of AIBA’s Presidential election in November.

Akhmatdjanov, though, claimed Rahimov has "positively contributed to the promotion of boxing in Uzbekistan as well as the Olympic Movement as a whole" since he was elected as Interim President of AIBA in January as a replacement for C K Wu.

"Since Mr. Rakhimov came into the position of AIBA chief, we have seen great efforts being made by the new administration," Akhmatdjanov said.

“The organisation has made tremendous progress by starting broad reforms to eradicate the shortcoming of the past and is striving towards a bright future within the Olympic family.

"We are proud that AIBA, one of the largest and oldest international federations, is being leaded by a representative of Uzbekistan.

"We support Mr. Rakhimov in his continued efforts to develop boxing and look forward to working together in the future."

A number of changes have been made by AIBA in recent months, including the introduction of the New Foundation Plan, which aims to change the organisation of AIBA in five areas: governance, events, rules, development and communication.

AIBA have also agreed to hand their anti-doping operations over to the newly launched International Testing Agency (ITA).

However, Rakhimov’s rise to interim head of AIBA was highlighted by IOC President Bach as one among several “serious problems”, earlier this year.

Regardless, the Uzbek remains a front runner to secure the role of AIBA President on a permanent basis and just last week (July 26), he said he was “more determined than ever” to devote himself to boxing.