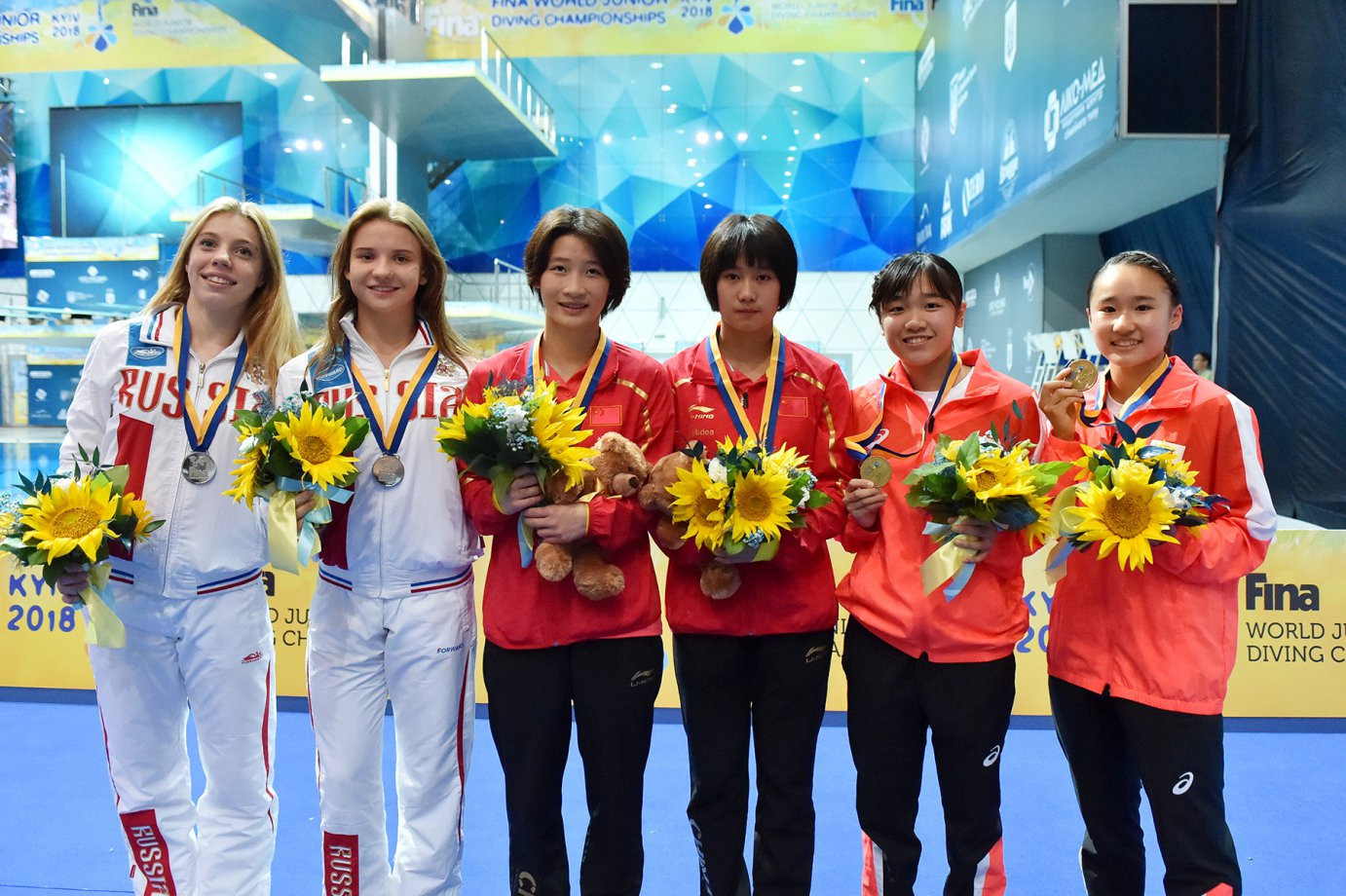 As the Chinese finished with 265.50 points, the Japanese pair of Rin Kaneto and Mai Yasuda had to settle for bronze on 254.28 as Russia's European champions Uliana Kliueva and Vitalina Koroleva moved up for silver with 255.00.

"We have been diving synchro for just two weeks, and we are not yet at our best," said Ma.

China's Lian Junjie then finished well clear in the boys' A class platform, diving with a total of 589.30, with Russia's Ruslan Ternovoy claiming silver with 543.90.

In the second of which he became only the second diver in the competition to earn 10 points, but he was unable to maintain his position.

Bronze had appeared destined for Britain's Matthew Dixon, but a poor final effort dropped him to fifth and the last place on the podium was taken by China's Li Zheng, with a total of 523.55.

It was a final crushing demonstration of superiority from China in an event offering quota places for the Youth Olympic Games that will take place in Buenos Aires later this year.