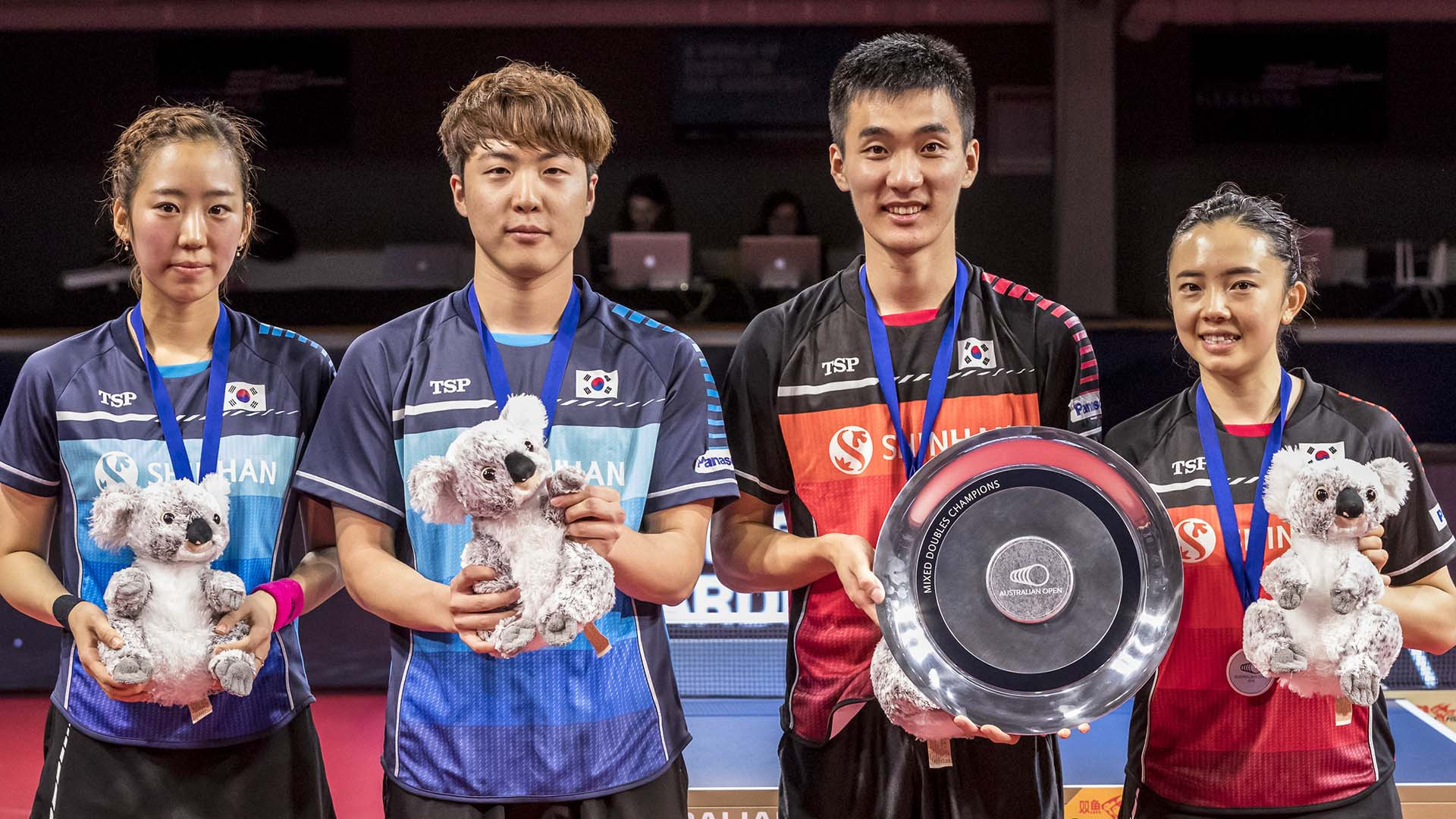 Top seeds Lee Sang-su and Jeon Ji-hee fought back from a game down to beat compatriots Lim Jong-hoon and Yang Hae-un to secure the mixed doubles title at the International Table Tennis Federation Australian Open in Geelong.

The triumph saw Lee and Jeon avenge the defeat they suffered to the same opponents at the Korea Open in Deajeon earlier this month.

"Firstly, we didn’t make it at the quarter-finals at the Korea Open," Lee said.

"After that, we definitely had lots of discussion, and that really helped in today’s match.

"We are so happy to win, and pleased with the quality of the match.

"We focused on our strategies; my partner Jihee’s excellent performance lead us to the gold medal."

Both singles finals will be all-Chinese affairs as Liu Dingshuo and second seed Xu Xin both progressed to tomorrow's showpiece encounter in the men's event, while Ding Ning and Liu Shiwen will battle it out for the women's crown.

There was further disappointment for Japan in the women's singles draw as top seed Kasumi Ishikawa of Japan was beaten 11-8, 11-7, 11-7, 11-8 by seventh seed Ding.

The tournament in Geelong is due to conclude tomorrow.