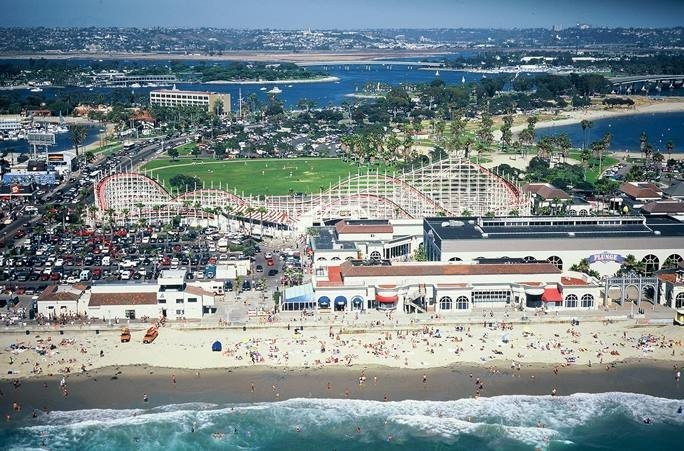 Qualification guidelines for the inaugural World Beach Games in San Diego have been sent to National Olympic Committees (NOCs).

The Association of National Olympic Committees (ANOC) said the guidelines for their event, to be held in 2019, were released in partnership with the 15 international federations involved.

It is claimed the guidelines include details on athlete quotas, eligibility and qualification pathways for the sports on the programme.

Qualification pathways are believed to be different for each event, but ANOC said to guarantee the highest quality competitions in San Diego, the majority will be determined based on world ranking points or the highest finishing places at World Championships or Continental Championships.

"The qualification guidelines are focused on ensuring that the world's top athletes in these fresh and dynamic sports compete in San Diego to give fans the very best spectacle.

"We want to connect new stars from these new disciplines to a new generation of sports fans and create a lasting legacy for our NOCs."

The Games are expected to feature around 1,360 athletes from the five Olympic continents.

The Opening Ceremony will be held on October 10 next year, although beach handball and beach soccer action will begin a day earlier.

The Games will conclude on October 14.

A total of 15 sports and 17 disciplines were approved for the first edition of the Games.

Aquathlon, a combination of running and swimming, was confirmed as the sole triathlon discipline, while a five kilometres open water swimming race was also included.

Shortboard and longboard surfing events are also on the programme, along with water ski jumping and wakeboarding.

Organisers have made changes to a provisional schedule shown to NOCs earlier this year.

The most notable change will see the Games conclude on October 14, with the Closing Ceremony provisionally been put down as the sole event taking place on October 15.

There will now be two days of medal events in aquathon, 3x3 basketball, kata karate, beach volleyball and wrestling.

BMX cycling and sport climbing were due to take place on the closing two days of the Games, but have now been moved to the opening days.

Skateboarding park and the water ski jumping event have shifted to the closing two days.

The Games are expected to attract approximately 40,000 fans each day, it is claimed.

Sport competitions will be staged alongside music and cultural events.

All competition venues will be temporary, in a single competition site at Mission Beach, which is believed will minimise costs and ensure a sustainable event.