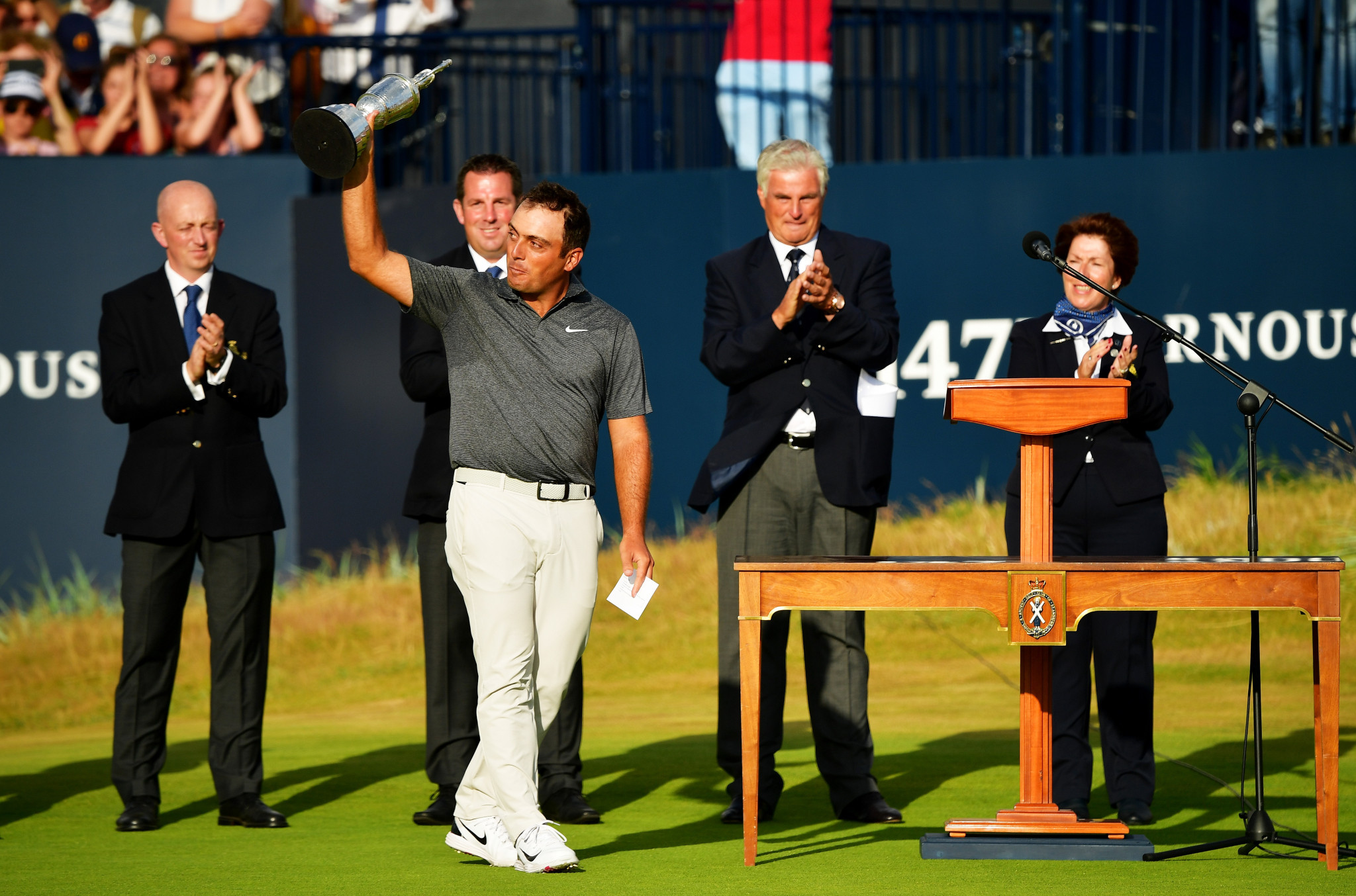 Francesco Molinari has become the first Italian to win a major golf championship after winning The Open at Carnoustie with a score of eight-under-par.

The 35-year-old produced the only bogey-free round of the final day to shoot a two-under 69 in blustery conditions in Scotland.

Fourteen-time major champion Tiger Woods was one of three players tied for sixth place on five-under along with England’s Eddie Pepperell and fellow American Kevin Chappell.

The United States’ Jordan Spieth, who shared the lead with Kisner and Schauffele going into the final round, finished joint ninth on four-under as he failed in his bid to become the first back-to-back champion since Ireland's Padraig Harrington in 2008.

He was joined by compatriots Tony Finau and Matt Kuchar in finishing four shots back.

Having posted rounds of 70, 72 and a superb 65 yesterday, Molinari begun the final day three shots off the pace.

He carded 16 pars and what proved to be two crucial birdies, at the 14th and 18th.

Nearest challenger Schauffele had to eagle the last hole to force a play-off having bogeyed the 17th.

But his approach came up short and cued celebrations from Molinari.

"It is absolutely amazing," Molinari, the world number 15, was reported as saying by BBC Sport.

"I think it will take a long time to sink in.

"It has been a great week.

"The course bit me a few times in the first two days, but to go bogey-free around this track at the weekend is incredible."

Molinari's victory continues a fine run of form which started when he won the BMW Professional Golfers' Association (PGA) Championship at Wentworth in May - his most notable triumph to date on the European Tour.

On the first day of this month, he also secured his maiden PGA Tour victory at the Quicken Loans National in the US State of Maryland.

Woods and McIlroy were among six players who had at least a share of the lead during a thrilling final round today.

The 72-hole total of Woods was his lowest at a major championship since the 2012 Open.

Having managed birdies at the fourth and sixth holes, and with Spieth and Schauffele dropping shots, he held the outright lead at one stage.

But a double bogey at the 11th, coupled with a bogey at the 12th, scuppered his attempt to win a first major championship since the 2008 US Open.

A birdie at the 14th brought the 42-year-old back to level par for the day, but he was unable to make any further gains.

McIlroy, meanwhile, started the day at five-under but could only improve his score by one shot in a round that included three bogeys, two birdies and an eagle at the par-five 14th.

It means the 29-year-old's wait for a first major title since the 2014 PGA Championship continues.

England's Justin Rose also eagled the 14th and birdied the last to earn a share of second place with a two-under 69.

The world number three only just made the four-over-par cut on Friday (July 20) with a birdie at the 18th and followed it up yesterday with a career-best round at a major of 64.

Defending champion Spieth posted a disappointing five-over-par final round with his chances de-railed by three dropped shots across the fifth and sixth holes.

The three-time major winner also bogeyed the 15th and 17th.

A record-breaking crowd of 172,000 attended the 147th edition of The Open this week.

A key aim of The Royal and Ancient Golf Club of St Andrews (R&A), which organises The Open, is to attract a younger audience to the Championship and more than 20,000 spectators under the age of 25 attended the event at the renowned Scottish venue.

"We have enjoyed a thrilling and memorable week of golf and Carnoustie’s world famous links has shown why it is revered by fans and players all over the world as one of our sport’s great championship venues," Martin Slumbers, chief executive of The R&A, said.

"We would like to thank every single person who has visited Carnoustie over the last eight days for generating a very special atmosphere that has been enjoyed by the players and the millions of TV viewers watching The Open around the world."