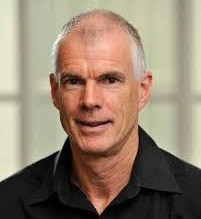 One of the leading behind-the-scenes figures in the fight against doping is off work after suffering what is described as "a minor stroke".

Graeme Steel, chief executive of the Institute of National Anti-Doping Organisations (iNADO), is undergoing rehabilitation and is expected to begin a gradual return to work in coming weeks.

In the meantime, senior colleagues at the Germany-based not-for-profit body, whose main aim is to help national anti-doping organisations to improve their programmes and to adopt best practices, are assuming additional responsibilities.

Steel’s absence comes at a time when anti-doping organisations are battling to bolster their credibility in the wake of the torrent of lurid and scarcely believable allegations and revelations of recent times.

In a statement, iNADO told insidethegames: "Following a minor stroke, iNADO CEO, Graeme Steel has begun a programme of recovery and rehabilitation prior to his gradual return to work which is expected in the coming weeks.

"During the period of his absence, Mathias Merschhemke (operations manager) and Jorge Leyva (iNADO communication and administration coordinator) will be taking on increased responsibilities.

"We welcome your contact with our permanent staff, Mathias and Jorge.

"iNADO Board Members and staff remain at the disposal of the membership should any wish to reach out directly."

Among tasks currently being undertaken by iNADO is an external audit of the International Biathlon Union's (IBU) anti-doping programmes.

Findings are expected to be presented to the IBU Congress in the Croatian resort of Poreč in September.