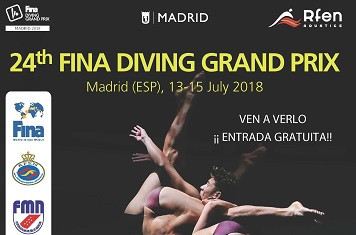 Celaya topped the standings after the six dive competition in the indoor Centro de Natación.

Spain's Nicolas Garcia Boissier completed the podium in front of a home crowd, ending on a total of 408.15 points.

The duo secured gold by achieving a total of 306.12 from their five dives in the event.

They were challenged by United States' Katrina Young and Olivia Rosendahl, who managed a score of 302.46.

Macau's Leong Sut Chan and Leong Sut In finished some way adrift in the three team competition, with the duo ending on 193.89.

Four finals will take place tomorrow, as competition draws to a conclusion.