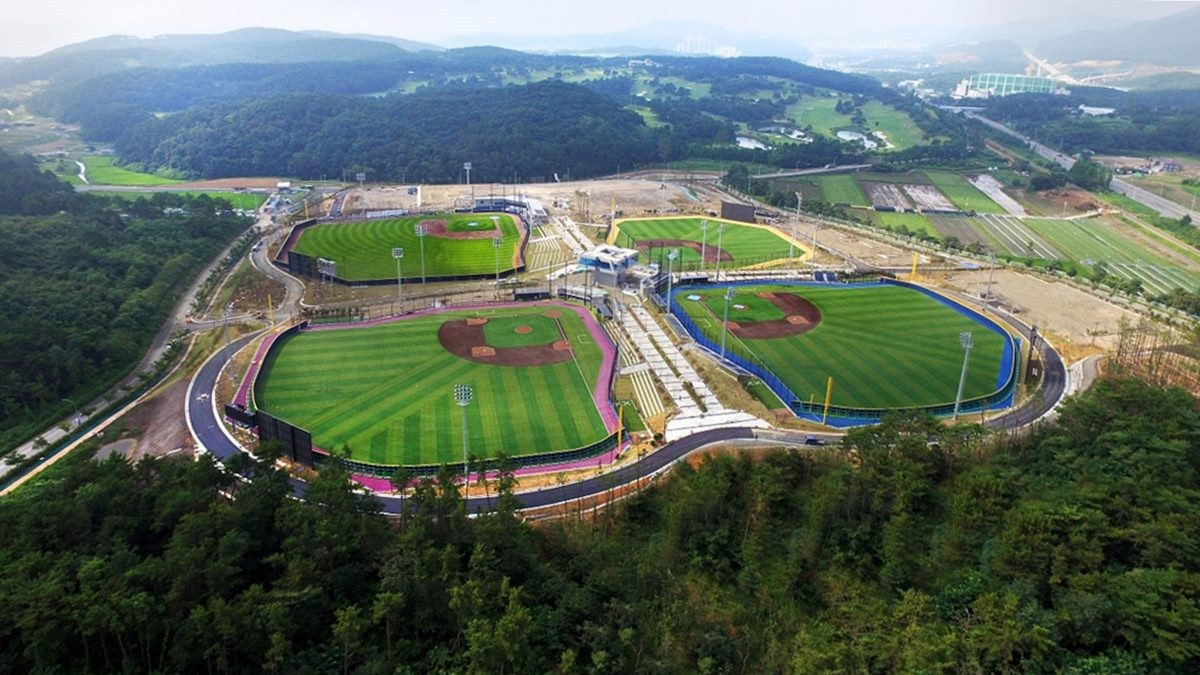 The Korea Baseball Softball Association (KBSA) has been awarded the hosting rights to the 2019 Under-18 Baseball World Cup with Gijang County in Busan chosen to stage the event.

With baseball's position as the biggest spectator sport in South Korea, the bid to host the event, considered by some as one of the top youth World Championships across all sports, received the official backing of the nation's Ministry of Strategy and Finance, and Ministry of Culture, Sports and Tourism.

Gijang-Hyundai Dream Ballpark, the largest youth baseball facility in Korea, will provide the setting for the 2019 Under-18 Baseball World Cup.

Built in time to host the 2016 Women's Baseball World Cup, the modern multi-field facility features four fan-friendly competition venues that are all within a three-minute walking distance of each other.

The main venue has a seating capacity of 1,295.

World Baseball Softball Confederation (WBSC) President Riccardo Fraccari stated the body is thrilled to have the 2019 Under-18 Baseball World Cup go to a major centre for the sport and host like Gijang.

"I am confident that KBSA and Gijang will provide the best stage possible for hosting baseball's next generation of stars, delivering worldwide coverage for our sport and raising the anticipation of the 2019 Premier12 and Tokyo 2020 Olympic Games, which will be some of the biggest international baseball events in history," he said.

"We will do our best to provide the ideal setting for the world's best young baseball players, who will go on to become our sport's future leaders.

"In addition, as the defending Olympic and Premier12 champions, it is essential to drive global interest while spotlighting Korean and Asian baseball on the road to the Tokyo 2020 Olympics and beyond."

The Under-18 Baseball World Cups, along with its continental qualifiers, have consistently featured players who have gone on to become some of the biggest names in the sport.

"I believe that Gijang will become the baseball capital of Korea through this WBSC Baseball World Cup," Gijang Mayor Gyu-Seok O said.

"We will provide our best support for a successful event in 2019, and we will also sustain the exciting growth and development of baseball in Korea by hosting this honourable event."

The staging of the 2017 Under-18 Baseball World Cup in Thunder Bay helped the Canadian city’s International Airport break its all-time monthly passenger record for the month of August.

Last week, Fraccari hailed the success of the Under-18 World Cup after 12 athletes who have played in the tournament were selected in the first round of the Major League Baseball draft.

The amount of Under-18 Baseball World Cup players picked in this year's draft is a record, beating the previous tally of seven set in 2016.

It includes 10 of the American squad which claimed the under-18 world title in Thunder Bay last year.

Canada's Noah Naylor was also picked in the first round of the draft, along with Ryan Rolison, a member of the US team at the 2015 edition of the competition.