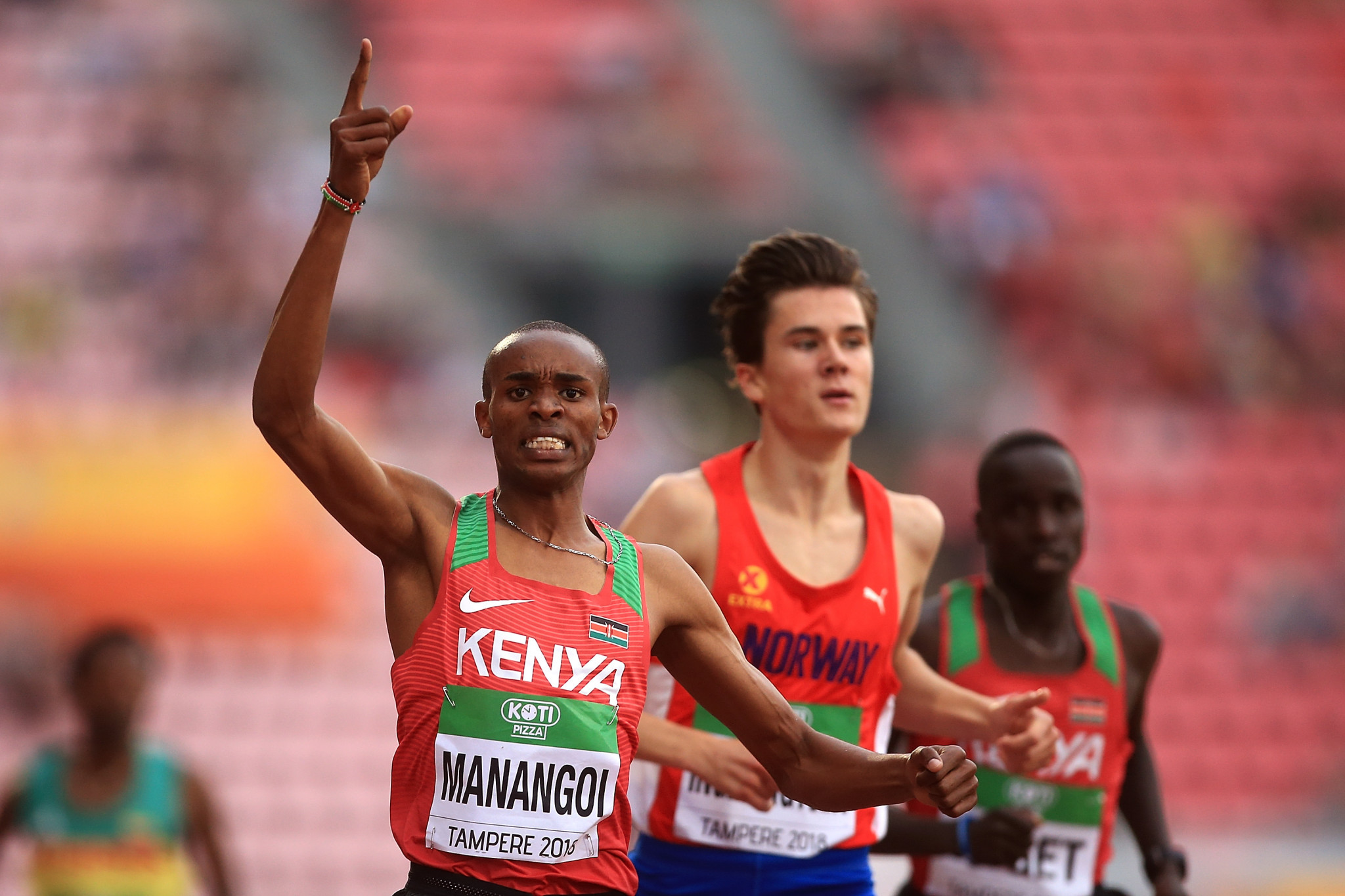 The best men's 1,500 metres field ever assembled for an International Association of Athletics Federations World Under-20 Championships produced the kind of spectacle that was expected in the Finnish city of Tampere as Kenya's George Manangoi marginally defeated another prodigiously talented middle distance runner, Jakob Ingebrigtsen of Norway.

It was a spectacle that will surely be repeated on memorable occasions in the future.

Manangoi, the 17-year-old younger brother of the world 1,500m champion Elijah, and Ingebrigtsen, just under a month younger, whose two elder brothers Henrik and Filip were respective 2012 and 2016 European 1,500m champions, were always likely to produce a race worth watching.

It was suitably cagey, with Ingebrigtsen – who last year became the youngest athlete to run the mile in under four minutes - being one of a group of runners going for broke around the final bend.

However, even the super-talented Norwegian could not resist the finishing burst of his Kenyan rival, who added world under-20 gold to the under-18 version he won in Nairobi last year, clocking 3min 41.71sec in the Ratina Stadium.

Such was the quality of the race that Ethiopia’s world indoor champion Samuel Tefara could only finish fifth.

Sixteen-year-old Brianna Williams of Jamaica, the youngest 100m entrant, was an astounded winner over US favourite Twanisha Terry.

Terry had set a Championship record of 11.03sec in the semi-final, but after her younger rival got away superbly she could not make up the ground and the Jamaican won in 11.16.

"We knew that she’d most likely be in the lead at 50 metres," he said.

"I told her before the race that if she panics, then the others will go past her, but if she holds her form, she can win it."

History was made in the women's 400m when Hima Das became India's first-ever female medallist at the World Under-20 Championships as she came from behind with a powerful final effort to win gold in 51.46.

Diribe Welteji of Ethiopia ran a Championship record in the 800m with a supreme demonstration of front running.

The women’s discus saw Alexandra Emilianov of Moldova take the gold with 57.89m ahead of Finland's Helena Leveelahti, who threw 56.80m.