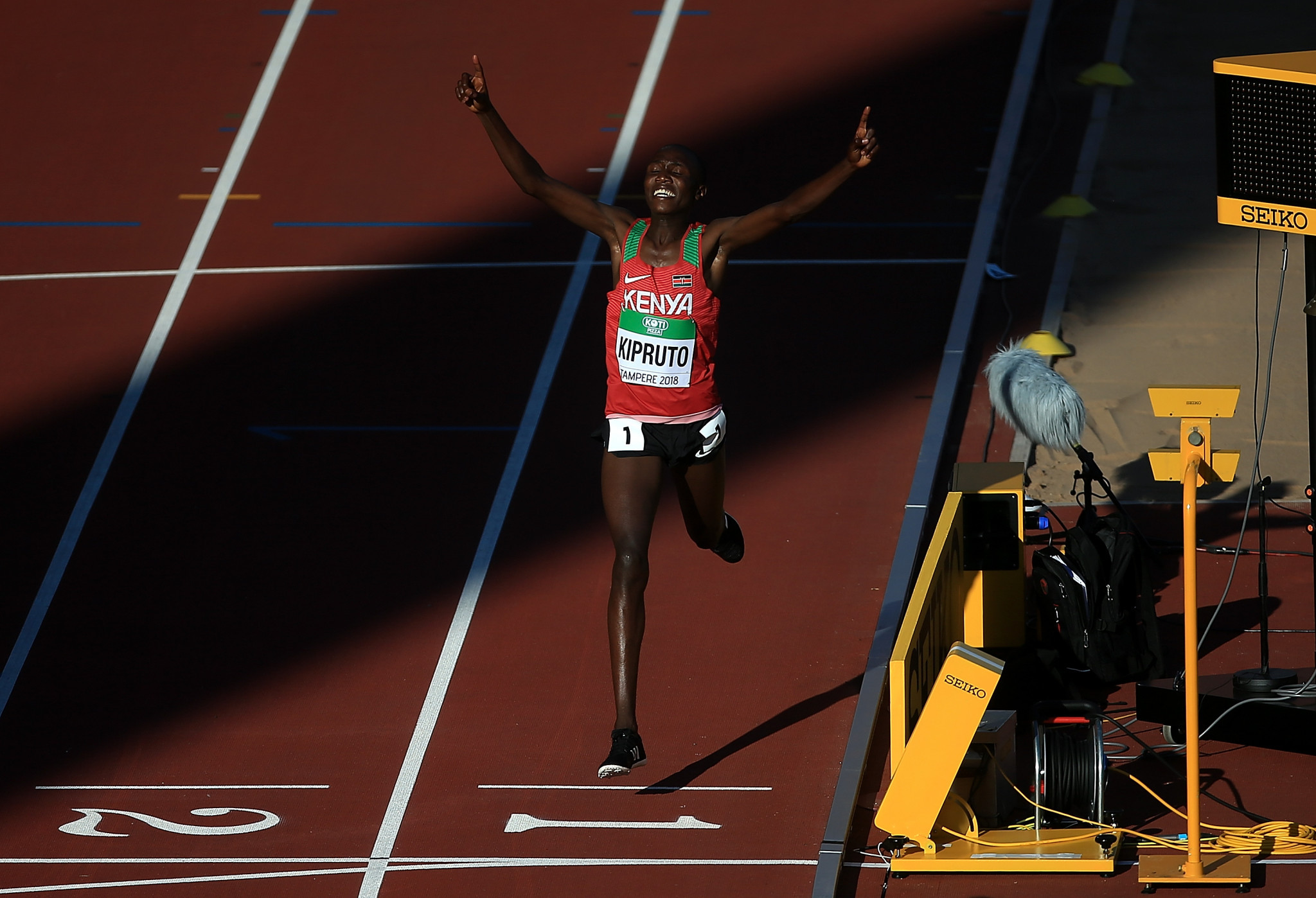 Kenya took double gold on an opening day of the International Association of Athletics Federations World Under-20 Championships in the Finnish city of Tampere in which a  record on the track and a one centimetre margin of victory in the field topped the bill.

Beatrice Chebet of Kenya took the first gold medal of the week in the Ratina Stadium when sprinting to victory in a women's 5,000 metres final in which all three podium finishers achieved personal bests.

Girmawit Gebrzihair clinched a second Ethiopian medal with bronze in 15:34.01.

Rhonex Kipruto then achieved a more comfortable Kenyan success when winning the men's 10,000m record in a Championship record 27:21.08.

It took over four seconds off the 27:25.23 set by his fellow countryman Rodgers Kwemoi in Bydgoszcz in 2016.

He threw 22.07 metres with the six kilogram implement to triumph by the slenderest of one centimetre margins over American rival Adrian Piperi.

Australia further showcased the international scale of the event by holding the top two positions at the halfway point of the decathlon.

Simon Ehammer of Switzerland lies third with 4,067 with the second due to come tomorrow.