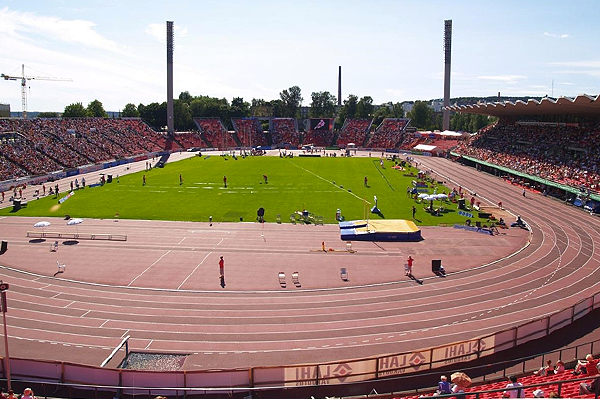 Athletics will continue its hunt for a fresh megastar when the World Under-20 Championships begin tomorrow in the Finnish city of Tampere.

A total of 1,466 athletes - 782 men and 684 women - are entered spanning 158 federations plus an Athlete Refugee Team and an Authorised Neutral Athletes team of eligible Russians.

This means it is the third largest edition of the showpiece International Association of Athletics Federations-organised junior event.

Only the 2012 edition in Barcelona and the 2016 event in Bydgoszcz have involved more athletes.

Competition is due to take place over six days at the Ratina Stadium.

Major contenders include Ethiopian distance runner Selemon Barega, who finished second over 5,000 metres at the Diamond League meeting in Lausanne on Thursday (July 5) despite his fellow countryman Yomif Kejelcha grabbing him by his shorts and attempting to pull him into lane three with a lap to go.

He will start as 5,000m favourite after winning the 3,000m at last year's World Under-18 Championships in Nairobi.

Other reigning world youth champions including Jamaica's 400m rising star Christopher Taylor and South Africa's 400m hurdles hope Sokwakhana Zazini are being billed as other big hopes to make the step up.

Samantha Watson is among top US contenders in the 800m while Kenya's Celliphine Chepteek Chespol will be the favourite in the women's 3,000m steeplechase.