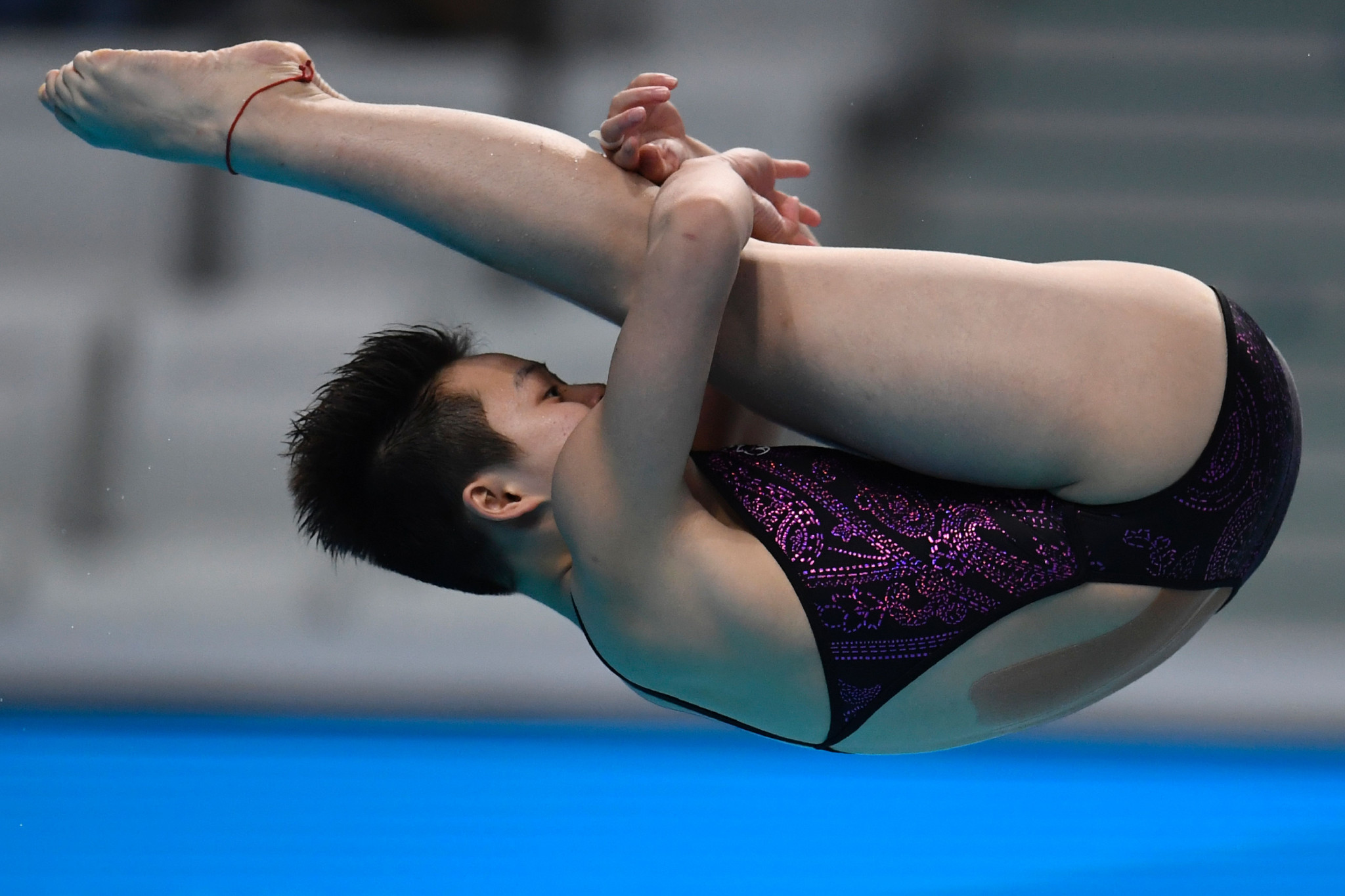 The 19-year-old led a Chinese one-two in the women’s 3 metres springboard event ahead of Huang Xiaohui at the Lido di Bolzano.

The United States' Brooke Schultz rounded out the podium with 283.60 points.

There was also success for China today in the men’s 10m platform event, which Tai Xiaohu won with 441.30 points.

In the men’s synchronised 3m event, China’s Peng Jianfeng and Liu Chengming came out on top with 403.23 points.

Mexico’s Yahel Castillo and Juan Celaya were the runners-up with 376.20 points followed by the US’s Grayson Campbell and Greg Duncan with 371.52.

China’s one other gold medal was won by Jiao Jingjing and Zhang Xiaotong in the women’s 10m synchronised platform event, with 293.58 points.

Great Britain’s Ruby Bower and Gemma McArthur took the silver medal with 245.82 points and America's Katrina Young and Olivia Rosendahl came away with the bronze with 243.78.

Duncan and Gibson topped the standings with 279.27 points as the Italian pairing of Elena Bertocchi and Verzotto finished second with 269.55.

Britain’s Lucas Thomson and McArthur were the silver medallists with 279.60 points, while America's Zachary Cooper and Amy Magana clinched bronze with 262.35.

The next leg of the 2018 FINA Diving Grand Prix is due to take place in Madrid from next Friday to Sunday (July 13 to 15).