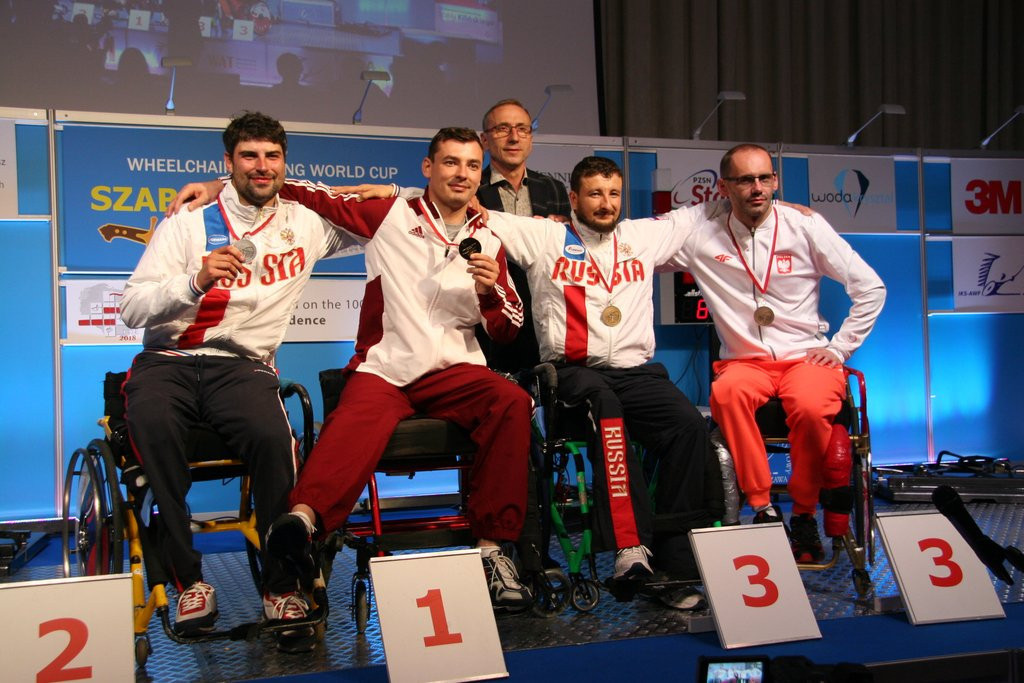 Hungary’s Richárd Osváth was one of five gold medallists on the opening day of the International Wheelchair Amputee and Sports Federation (IWAS) Wheelchair Fencing World Cup in Warsaw, winning the men’s foil A event.

The world number one beat Russia’s Roman Fedyaev 15-11 in the final at the Polish capital’s Airport Hotel Okęcie.

He had earlier recorded a 15-12 semi-final win over home favourite Dariusz Pender, one of the two bronze medallists along with Russia’s Artur Yusupov.

Yusupov lost by the same scoreline to compatriot Fedyaev in the other semi-final.

In the men’s foil B event, Great Britain’s Dimitri Coutya secured the gold medal with a 15-12 victory over France’s Maxime Valet.

There was also women’s épée competition held today with Russia’s Iuliia Maya and Ukraine’s Tetiana Pozniak coming out on top in the A and B events respectively.

Russia’s Alena Evdokimova and Hungary’s Zsuzsanna Krajnyak were the A event’s bronze medallists.

Rounding out the B event’s podium were Thailand’s Saysunee Jana and Russia’s Ludmila Vasileva.

Competition at the IWAS Wheelchair Fencing World Cup is scheduled to conclude on Sunday (July 8).