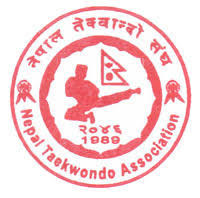 The Nepal Taekwondo Association (NTA) has signed a partnership agreement with UK Sport.

A Memorandum of Understanding between the two organisations was penned at the Koteshwor Taekwondo Dojang in the Asian nation, according to the Himalayan Times.

It will see UK Sport, the organisation which invests money into sport in Britain, help the NTA by upgrading the levels of Nepali coaches and providing training to Para-athletes.

The aim is for Nepal to compete in Para-taekwondo at the Tokyo 2020 Paralympic Games, when the sport will make its debut.

Sports science and doping programmes will also be held in Nepal with UK Sport's cooperation, as well as coaching schemes.

The deal was welcomed by NTA President Shumsher Rana who said it "would be helpful in taking Nepali taekwondo to a different level", the Himalayan Times reported.

Catherine Sweet, an international relations advisor for UK Sport, was present as the agreement was signed.

Rana was re-elected as NTA President in October.