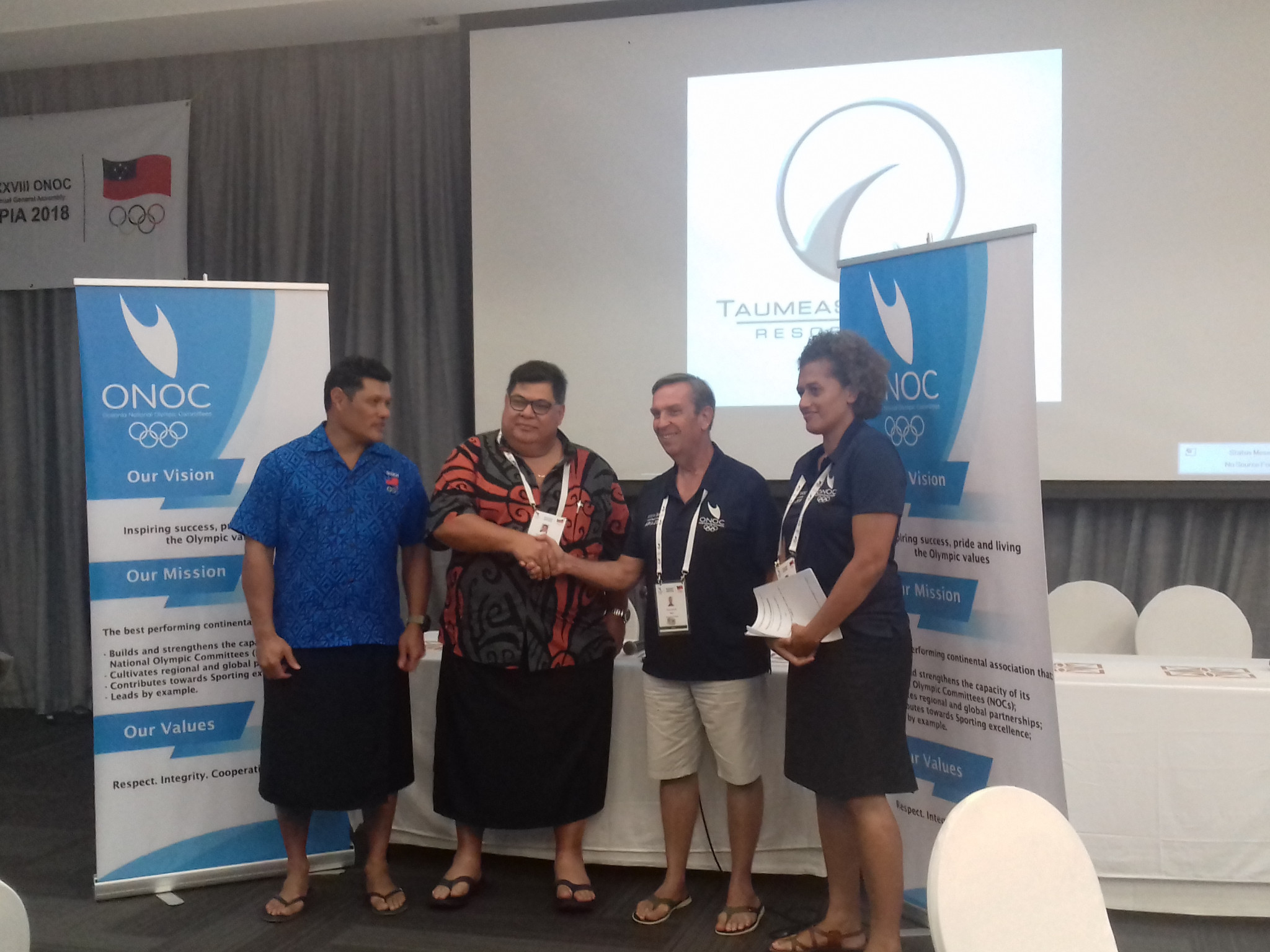 OSEP is a partnership between ONOC, the Australian Sport Commission and the Organisations of Sport Federations in Oceania (OSFO).

It aims to deliver sport education training courses for National Olympic Committees (NOC), who can then act as training providers.

It offers sport administration and training materials for coaching, along with guidance on areas such as sport science and medicine, team and sport management and governance.

He stated that the MoU formalised the partnership between SASNOC and OSEP.

"OSEP is what we like to call our flagship programme at ONOC," Miller said here.

"We assist NOCs and sport federations around the region to develop training pathways in sports administration and coaching.

"We are working on team management as well.

"We do this by accrediting training providers and train local Pacific Island master educators.

"This agreement with SASNOC basically formalises them as an OSEP accredited training provider in Samoa.

"This collaboration will allow SASNOC to use OSEP training systems and development tools to achieve better administration and better coaching.

"It will help boost general sport development in Samoa."

The ONOC executive director stated that the MoU followed a similar agreement struck with the Fiji Association of Sport and National Olympic Committee.

Miller expressed his hope that similar agreements could soon follow with other NOCs in the region.

"This is an important recognition of the vision of the NOC," said Vaea.

"One of the pillars of the ONOC strategic plan is to build capacity within NOCs.

"With OSEP it is about the people running the sports.

"We are focused on sport education, which cuts across many pillars.

"We talk about administration, about coaching, sport science and sports medicine.

"We also talk about the importance of athlete welfare and event management, as this week has demonstrated.

"We would like to ensure this reaches further and wider across Samoa."