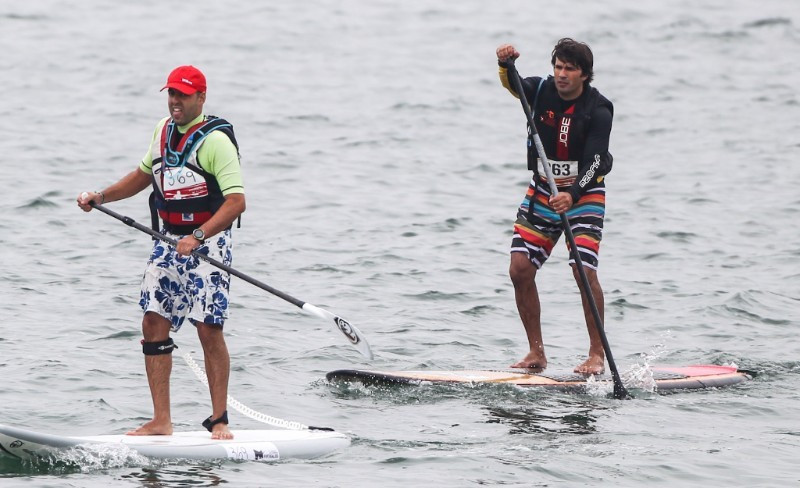 The International Canoe Federation (ICF) have announced they will include masters, juniors and inflatables events at their Stand-Up Paddling (SUP) World Championships.

The events, claimed to the first-ever, will form part of the ICF's SUP World Championships at Esposende and Viana Do Castelo in Portugal.

The Championships are due to take place between August 30 and September 2.

However, they will come amid a dispute with the International Surfing Association (ISA) over who is the rightful controller of the SUP discipline.

The ISA insist that they have longstanding experience in the sport and have only faced interference from the ICF since they tried to add the discipline onto the programme for the 2018 Summer Youth Olympic Games in Buenos Aires.

This is denied by the canoeing body, however, who claim no organisation should have a monopoly over a specific sport.

The Court of Arbitration for Sport ended an unsuccessful mediation of the row last month.

ICF President and International Olympic Committee member José Perurena called for an end to the feud earlier this month.

In a press release the Spaniard has now claimed the federation are responding to a call from its athletes and members to broaden the appeal of SUP by introducing the inflatable SUP World Championships.

"Our national canoe federations all around the world have been working hard for several years to develop SUP as a sport, and now we are seeing the benefits of that hard work," he claimed.

"We are thrilled to be able to add these new events to what is already shaping as an incredible carnival.

"The response from many of the world's best athletes to our SUP World Championships has been fantastic, and now we are hearing from the older and the younger athletes that they want to be part of the action as well.

"And for those who might not be familiar with inflatable SUPs, these World Championships are going to really open their eyes to the possibilities this craft can bring.

"Easy to carry on a plane or a train, inflatables are proving to be wonderfully convenient for many of our athletes.

"Now we will provide these athletes with a chance to become the first ever ICF inflatable SUP world champion."

The ICF said the masters categories will begin from 40 years of age and will be contested in five-year blocks over a 19.5 kilometre course.

Junior category events will be open to all athletes aged between 15 and 18, with the competitions taking place over the long course distance.

The events will be for paddle boards which are 14 feet and under.

The inflatables title is expected to be contested over five kilometres.

Perurena has claimed further announcements will be made to highlight the ICF's commitment to the discipline.

"Our first ICF SUP World Championships is really starting to take shape, and is a great credit to everyone involved," he said.

"The venue is world-class, the facilities are going to be the very best, more and more sponsors are signing up, and we already know the athletes are excited.

"We'll have several more exciting announcements in the coming weeks which will further underline the ICF's commitment to SUP."

The ISA also holds its own SUP World Championships.