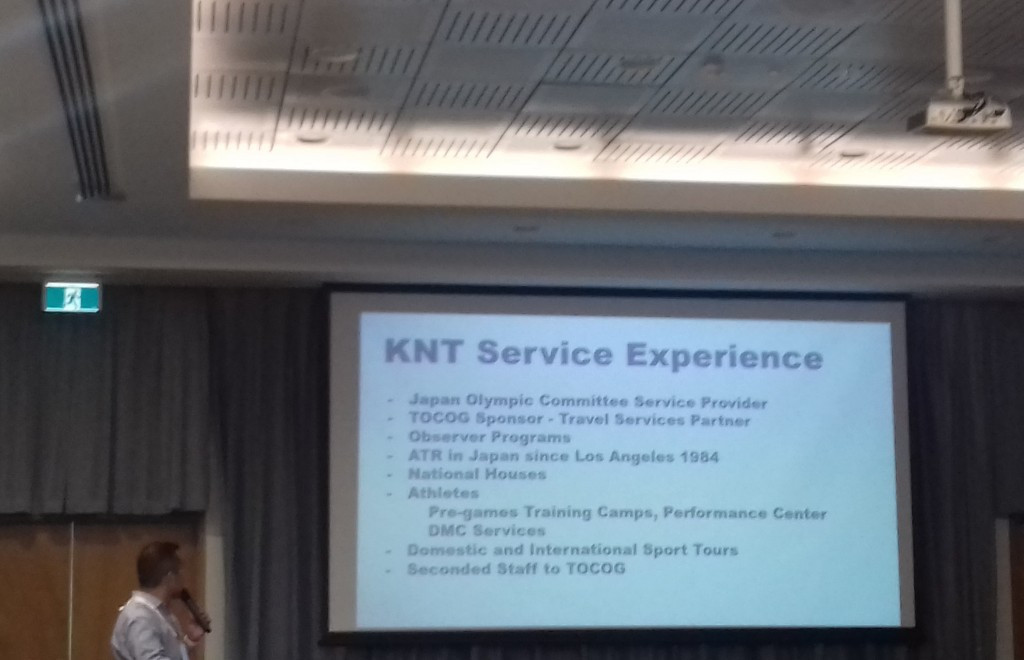 Creation of a taskforce to examine sponsorship opportunities surrounding the Tokyo 2020 Olympic Games is being considered by the Oceania National Olympic Committees (ONOC).

The taskforce was suggested on the second day of National Olympic Committee (NOC) workshops here today.

It followed a presentation by Len Olender, a former director at ticketing and tour operator Sportsworld, who explained that opportunities were open to ONOC in the Japanese market in the build-up to the Olympic and Paralympic Games.

This included the 2019 Rugby World Cup in Japan, with Fiji and Tonga having already qualified, along with Australia and New Zealand.

The company became an official partner of Tokyo 2020 back in 2016, as featuring as part of their domestic programme.

They have previously worked on country’s houses at the Vancouver 2010, London 2012 and Sochi 2014 Olympic Games, as well as providing packages for FIFA World Cups.

KNT Sport have also worked alongside the Japanese Olympic Committee, the Tokyo Marathon and have helped arranged training camps.

It was claimed that the company, with their existing relationship to other sponsors, could help to open opportunities for ONOC.

Programmes run by ONOC, it was suggested, would appeal to sponsors as it would allow the companies to promote their work and association with the Games.

As a result, it is hoped, ONOC programmes would enjoy a legacy beyond the Games due to the support provided.

Additionally, pre-existing relationships between country and NOCs with Japanese organisations would be considered.

It was asserted that working on a collective approach through ONOC would be more effective in attracting sponsorship and raising funding, than NOCs working on an individual basis.

The establishment of a taskforce would aim to assess existing relationships held by countries and identify which ONOC programmes might be attractive to potential sponsors.

ONOC executive director Dennis Miller called for the taskforce to be established as soon as possible to begin work.

A suggestion was made to stage a workshop at the Association of National Olympic Committees (ANOC) General Assembly in Tokyo, which is scheduled to take place at the end of November.

Along with discussions over potential partnerships, interested Japanese companies may be invited to the meeting in a bid to forge relationships.