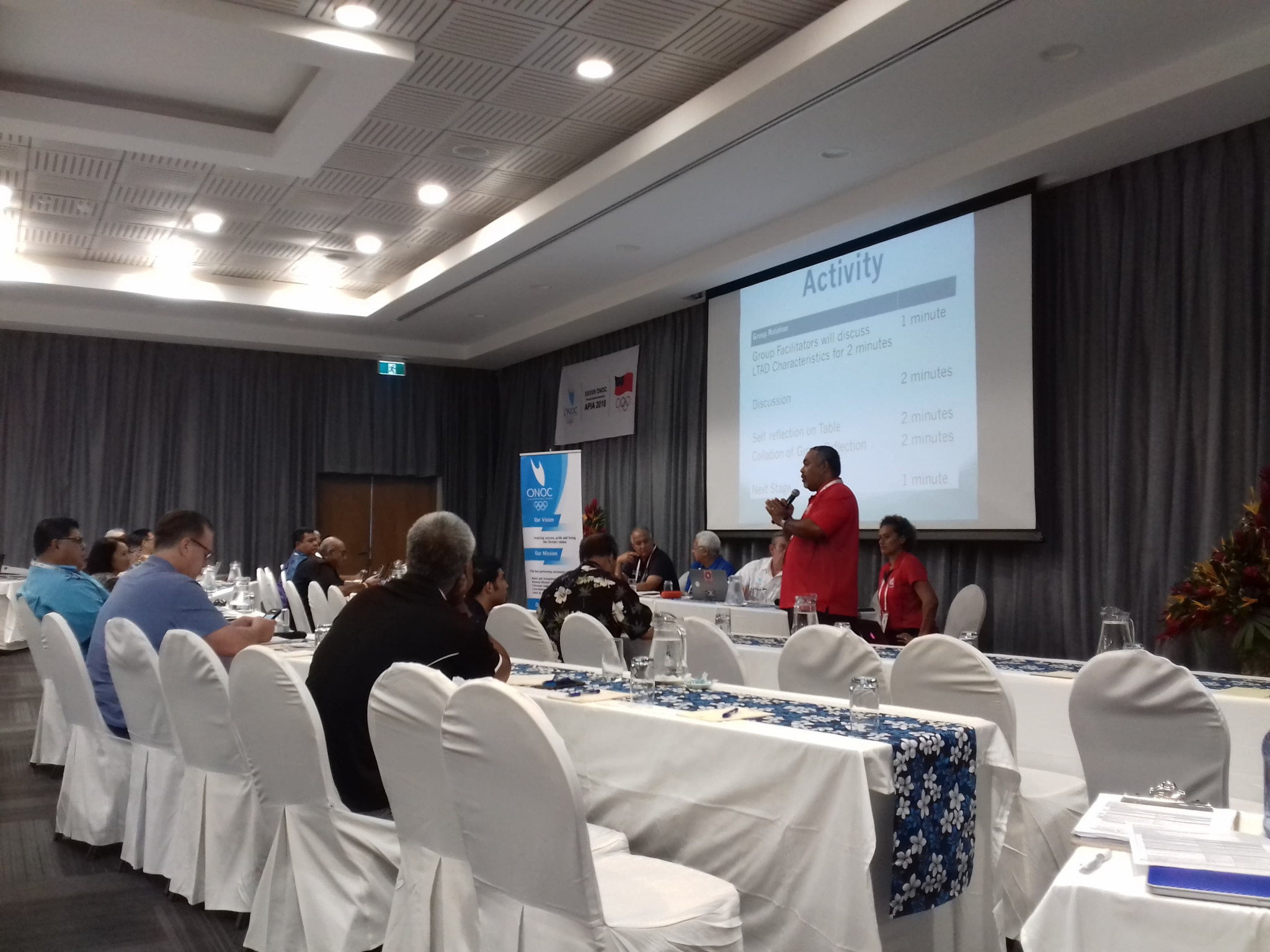 The Oceania National Olympic Committees (ONOC) will hold a symposium in September as they seek to create a long-term athlete development model in the region.

The symposium is expected to take place on September 14 and 15 in Nadi, Fiji.

It stems from discussions with the United States Olympic Committee (USOC), who have been working with ONOC on the topic of developing athletes.

The model features seven stages, beginning with Active Start and “FUNdamentals” which are aimed at encouraging young people to take part in sport.

As they move up age groups, they would take part in a learn to train stage where they can start to develop fundamental sport skills.

A "train to train" stage would then start to focus on physical development, with a view to processes rather than outcomes.

The next two stages centre on training to compete then training to win, with the latter being aimed at elite level athletes.

The model ends with an Active for Life phase, which is aimed at all groups to ensure people remain physically active.

It has been adopted by some organisations in Canada, while USOC have created a similar American Development model.

ONOC executive director Dennis Miller stated that officials from Canada and the US would speak at the symposium, which would mirror a similar style of event held by PanAmSports.

"We have been having discussions with the USOC for some time now," he said.

"What we are looking at doing is running a best practice symposium, which will be focusing on the long-term athletic development model.

"We will also focus on how to make NOCs more effective with the resources.

"We are looking at bringing in high powered speakers, one is Richard Way from Sport for Life Canada.

"He has been one of the architects of the LTAD model.

"Also, we have Chris Snyder, who is director of coaching at USOC and is in charge of the American Development model.

"We are aiming to get a couple of keynote speakers who are involved in coaching around the world and in our part of the world.

"USOC have been running this programme for three years with PanAmSports in the Americas region.

"We want the outcome of the symposium to be that we can form an Oceania Development model."

It is hoped that by creating a model, NOCs would be better equipped at guiding the development of athletes through sporting systems.

The aim would be to give athletes a better chance of reaching elite level of sport, boosting standards in the region.

Further aims would be to reduce potentially damaging practices, such as overworking athletes at a young age, which could result in injuries.

The model would also seek to ensure people remain physically active in Oceania.

Discussions over the LTAD model formed part of the first day of the workshop, with presentations also taking place on athletes entourage at multi-sport Games.

The different approaches required for Games was highlighted, with differing requirements needed for an Olympic Games to a smaller Pacific Games.

Analysis of athletes and cooperation with the Oceania Regional Anti-Doping Organisation were also explored during the day.