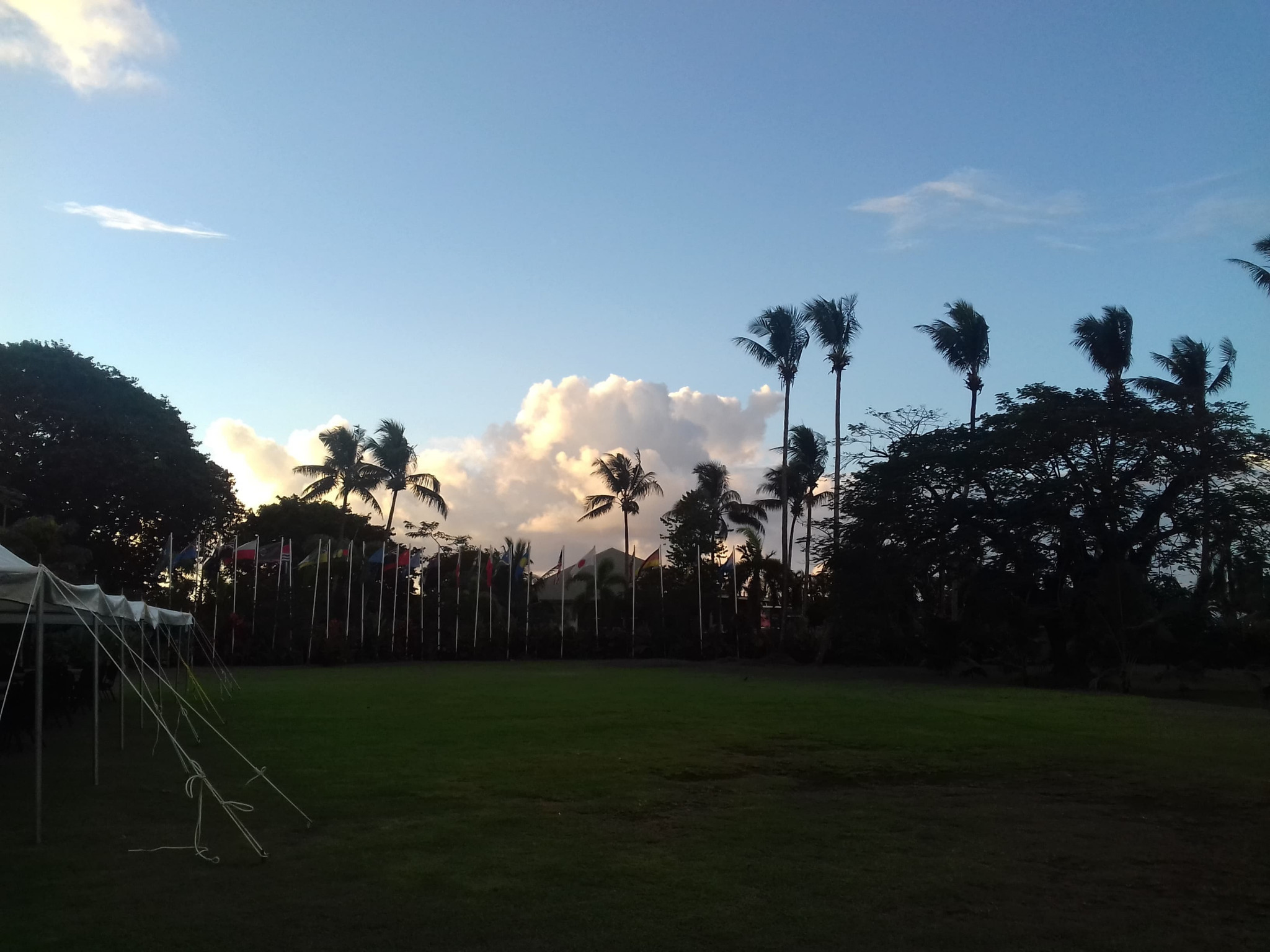 Samoa is set to stage a week of Oceania National Olympic Committees (ONOC) meetings and workshops, prior to the organisation's General Assembly on Saturday (June 16).

Preparations for next year's Pacific Games in Samoa will also come into the spotlight here this week.

Delegates have begun arriving in the Pacific Island's capital city Apia, prior to the start of meetings tomorrow.

An Oceania Commonwealth Games Association meeting is expected to take place on Tuesday (June 12), with the region's performances at Gold Coast 2018 likely to be a main topic of discussion.

National Olympic Committees (NOCs) will also have the opportunity to meet individually with Olympic Solidarity during the day, with the National University of Samoa hosting a welcome reception in the evening.

A two-day NOC delegate and International Federations (IFs) workshop will be held from June 13 to 15.

The opening day will focus on the ONOC constitution and strategic plan for 2018 to 2021, with an assessment of how the plans will work in operation.

A presentation will be given on the topic "Preparing an NOC to host a successful regional Games using the International Olympic Committee's (IOC) Basic Principles of Good Governance".

The Solomon Islands NOC will be used as a case study for the topic, as they build towards hosting the Pacific Games in 2023.

It will be the first time the Solomon Islands will host the multi- sport event and they will become the seventh country to do so.

Gender equality will be the focus of the third day of the workshop, with the IOC toolkit for NOCs and IFs for the prevention of abuse and harassment in sports set to be presented and discussed.

The IOC will hold a Chef de Mission meeting on June 14 and 15, beginning with discussions over the NOCs' role in Games preparations, from their partners to responsibilities.

A meeting is also planned to discuss sponsorship and ticketing for the Tokyo 2020 Olympic Games.

The one-day ONOC General Assembly has been scheduled for June 16.

It will be followed by the Pacific Games Council (PGC) General Assembly, which will be held a day later.

The Assembly is expected to focus largely on Samoa's preparations to stage next year’s event, despite the short time-frame given to the nation.

Samoa were awarded the Games in December as a replacement for Tonga, whose Government withdrew from hosting due to financial concerns.

A Chef de Mission meeting is scheduled to take place here, before delegates are taken on a venue tour of the facilities.

It is possible that the PGC could provide an update on a civil suit which has been filed by the organisation and the Tonga Association of Sport and National Olympic Committee.

Both parties are seeking millions of dollars worth of damages for alleged breach of contract from Tonga's Government.