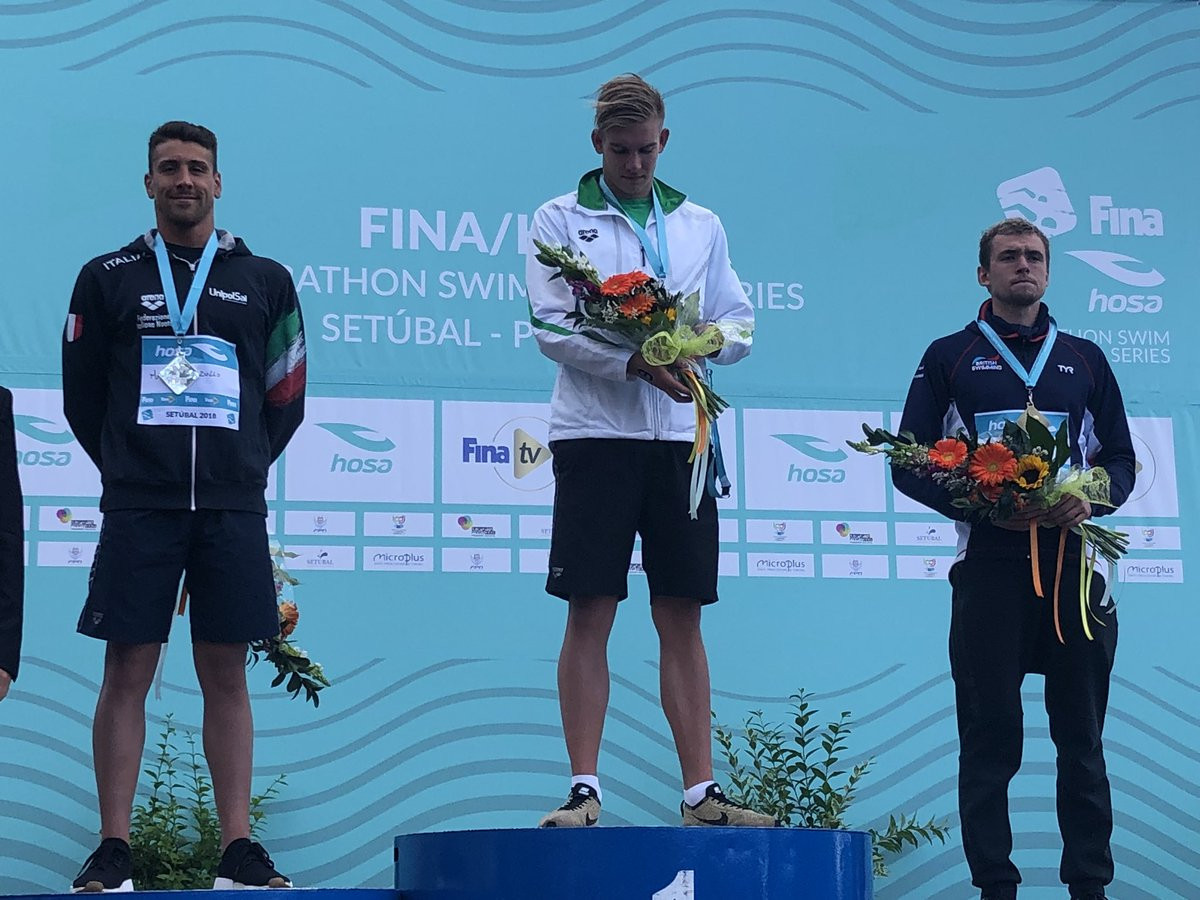 In what was the third event in the Series, Rasovsksy, of Hungary, finished the 10 kilometres course in 1 hour 55min 57.53sec, with the silver medal going to Mario Sanzullo of Italy and Britain’s Jack Burnell claiming bronze.

Sanzullo, who finished 24.80 seconds behind Rasovsky, has improved steadily this season, having finished 19th in the first World Series race in Doha in March before taking seventh place in the Seychelles last month.

Burnell, who finished less than a second behind the Italian in 1:56:23.22, is also finding encouraging consistency, having claimed silver in the Seychelles behind Italy’s Simone Ruffini.

Rasovsky had shown utter consistency in the first two races – the first of which went to Rio 2016 champion Ferry Weertman – by taking 12th place in each.

The Dutchman finished one place off the medals today, clocking 1:56:29.02.

Runner-up was Rio 2016 silver medallist Sharon Van Rouwendaal of The Netherlands, winner of the Doha race and sixth in the Seychelles, who was 1.37 seconds adrift of the American.

The event was held on a 1,660 metres course in the clear waters of Setubal Bay.