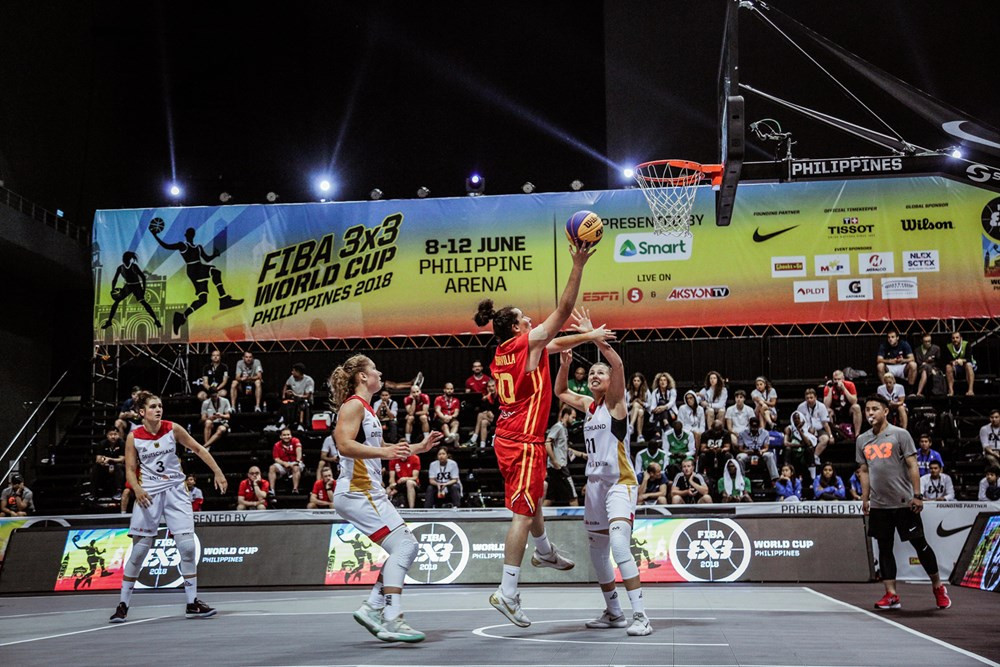 China and Spain made strong starts to the International Basketball Federation's 3x3 World Cup women’s event in Bocaue in The Philippines.

Both teams were able to secure victories in both their matches today at the Philippine Arena to assume top spot in their respectively pools.

China head Pool B after clinching a narrow 21-20 win over Switzerland, along with a 16-14 win over France.

Both Switzerland and France would respond from their defeats, with the former overcoming Kazakhstan 16-14 and the latter beating Argentina 19-9.

It left three teams on one win and a defeat, as Argentina had earned a 10-9 success against Kazakhstan.

Spain are the only team in Pool D with a 100 per cent record as they claimed a 19-14 win over Hungary and a 18-12 success against Germany.

Hungary bounced back by claiming a 20-14 win over The Netherlands in their second match.

It was a tough start for the hosts, with The Philippines suffering a 21-11 loss to the Dutch team and a 12-10 defeat to Germany.

Pool A and C of the women's competition will begin tomorrow, which will see defending champions Russia begin their campaign.

Men's second seeds Slovenia made a mixed start to the tournament as they followed a 22-14 win over Japan with a 21-17 loss to Poland in Pool B.

Poland ended the day top of the standings after clinching a dominant 22-6 win over Indonesia in their second match.

Fourth seeds Latvia began impressively in Pool D with their team beating Ukraine 21-18, as well as earning a 22-13 win over the United Arab Emirates.

Croatia head the standings on points difference, after beating both the UAE and Nigeria by a 22-7 score.

Ukraine lie outside the qualification places in third on one win and a defeat, having beaten Nigeria 22-11.