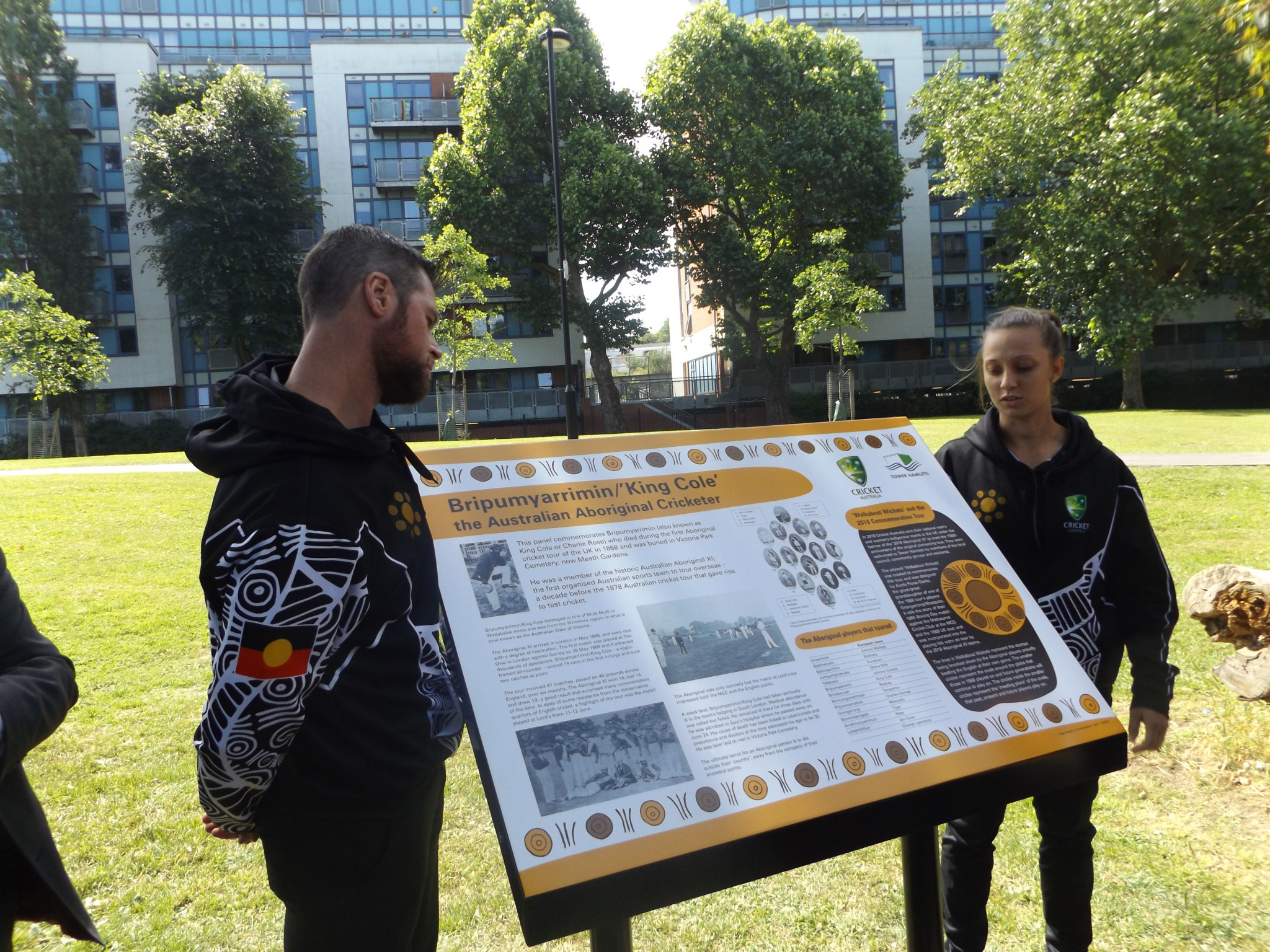 In a simple but moving ceremony, Australia's indigenous cricketers have paid their respects to a countryman from 150 years ago who never came home.

Bripumyarrimin, known as "King Cole", was a member of the first Australian cricket team to travel overseas in 1868.

During the tour of England he became seriously ill and died from a combination of pneumonia and tuberculosis, before being buried at Meath Gardens in the East End of London.

Players from the indigenous men's and women's teams watched as captains Dan Christian and Ashleigh Gardner unveiled a monument to perpetuate his memory.

Each member of the current party has the name of an 1868 tourist on his playing shirt.

"I am delighted to be able to remember King Cole," said Tyran Liddiard, who asked for a silence in remembrance.

"It is something I don't take lightly and I am just very proud to say I've got King Cole on my back and on my front here."

"They travelled to Britain, the land of the west," his work says.

"Just to play cricket against the best.

"His name was King Cole, mighty man, from a resilient mob and a proud clan.

"With the slash of the willow, and the diving catch, he tried his best to win every match.

"With bat and ball and stumps and wicket, you are forever the spirit of cricket.

"We gather here to honour your name, for we are custodians of this beautiful game.

"We pledge at this moment your beautiful history, will no longer remain an invisible mystery."

He read a eulogy composed in 1868 for King Cole.

The new monument stands next to a eucalyptus tree and a smaller commemorative plaque and will form part of an Australian corner of the grounds as part of an initiative by the Friends of Meath Gardens Society, in association with the local authorities.

A red, black and gold Aboriginal flag has been raised at the gardens and will continue to fly until the end of next week when the touring party return home.