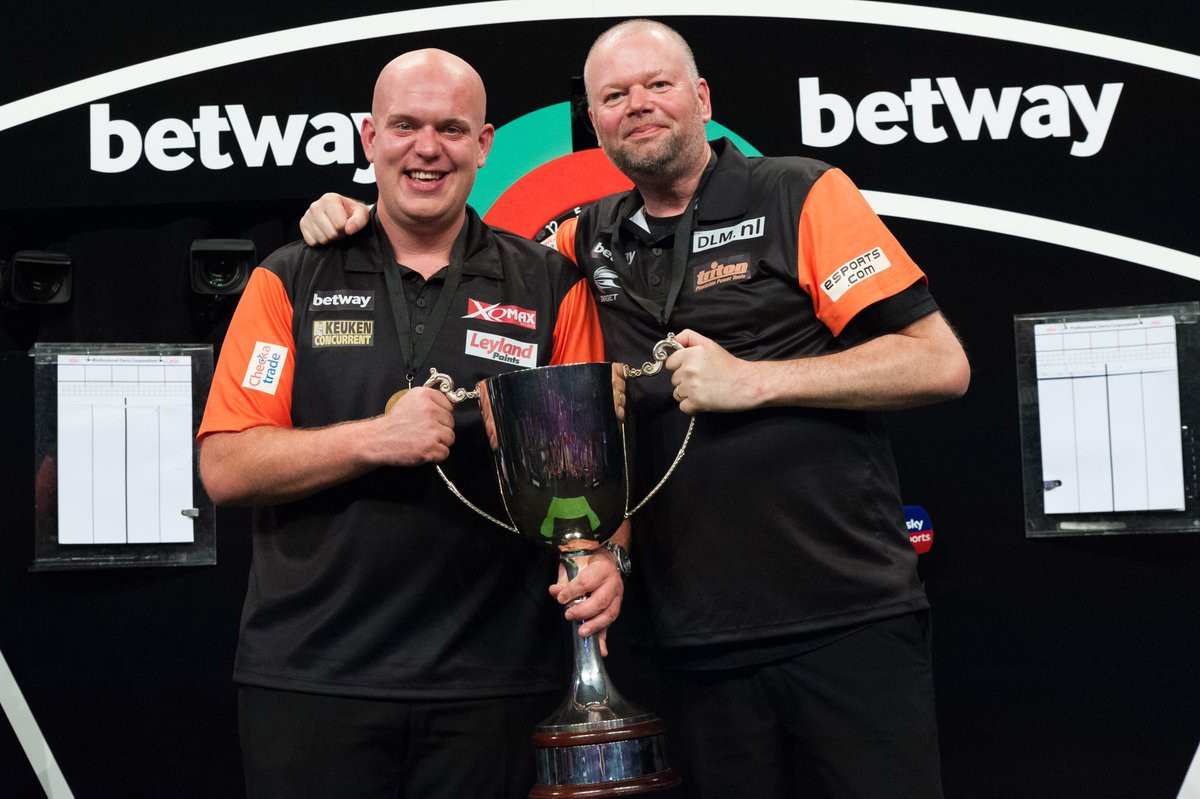 The Netherlands defeated Scotland in the final of the World Cup of Darts at the Eissporthalle in Frankfurt to retain their crown.

Two-time World Championship winner Michael van Gerwen got the Dutch, who had beaten hosts Germany in their semi-final off to an excellent start with a 4-2 victory against Peter Wright, who finished second in the World Matchplay, Grand Slam and Premier League events last year.

Two-time Premier League winner Gary Anderson, however, brought the tie back in Scotland's, who had defeated Australia in their last four match, favour with a 4-1 victory against four-time World Championship winner Raymond van Barneveld to make it 1-1 overall.

The Dutch pair then won both of their respective doubles ties with van Barneveld beating Wright 4-1 whilst van Gerwen beat Anderson by a convincing 4-0 scoreline, giving them a 3-1 victory overall.

Extremely proud that we did it again !! @MvG180 is simply the best !! We had so much fun and played our best World Cup ever. Also congrats to Team Scotland on making the final. Thanks to @OfficialPDC @PDCEurope for organising #BackToBack #worldchampions pic.twitter.com/WlLN8BAf4v

As reported by Darts News, following his side's victory, van Gerwen said: “I think we played a phenomenal game through the whole tournament,” said Van Gerwen.

“Any tournament you compete in you want to win, but playing alongside Raymond for our country makes it extra special.

“We did the right things at the right moments and that’s what made us champions.”