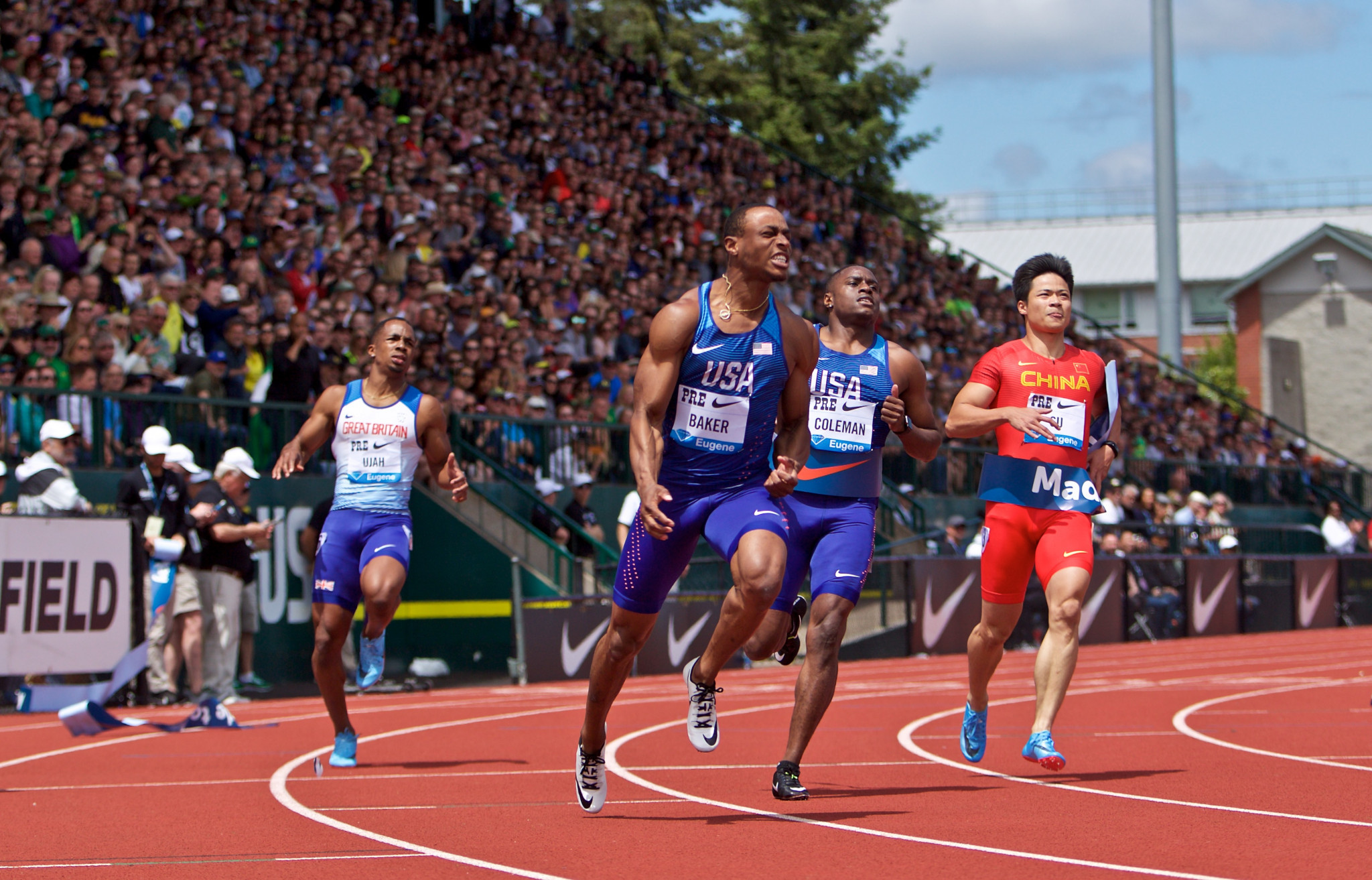 An expected crowd of 30,000 in Rome's Olympic Stadium will witness what promises to be a compelling men's 100 metres race tomorrow as the International Association of Athletics Federations (IAAF) Diamond League arrives in Europe for the first time this season.

In 19-year-old Filippo Tortu the host nation has a rising sprint star who, following his 10.03 seconds clocking in Savona last week, is only 0.02 away from the Italian record set in the thin air of Mexico in 1979 by the late, great Pietro Mennea - after whom the annual Golden Gala meeting is now named.

Also in the field here will be Tortu's 23-year-old compatriot Marcell Jacobs, who followed him home in Savona in 10.08.

So there is huge interest to see if Mennea's mark can be eclipsed, with a forecast of hot weather favouring that outcome.

Fans are also keen to witness how the home sprinters measure up against two of the United States athletes who have been setting the pace this season - 22-year-old Christian Coleman and Ronnie Baker, two years his senior, who narrowly beat him in Saturday's (June 26) Diamond League race at Eugene, Oregon.

Coleman, Tortu and Jacobs have already had a result off the track in being among a group of athletes who were received in the Vatican this morning by Pope Francis - a visit that was organised following a request by Coleman who was originally educated at Our Lady of Mercy Catholic High School in Fayetville, Georgia.

"The meeting this morning was really very emotional for me," Tortu said.

"I managed to shake hands with the man I consider the most important person in the world."

Coleman commented: "It was a big day for me to meet the Pope.

"I took a lot of pictures and it was something I will always remember."

Amid the jostling for position following the retirement of the world's paramount sprinter of the last decade, Usain Bolt, Coleman - world silver medallist last year - has pushed himself to the forefront, earning the world indoor title in Birmingham two months ago and lowering the world 60m record to 6.34.

But in Eugene, taking advantage of a powerful following wind of 2.4 metres per second – 0.4mps in excess of the maximum level for record purposes - Baker clocked 9.78, the fastest time run this year and well inside his legal personal best of 9.97, which currently tops the 2018 world list.

Coleman was hardly a slouch on what was the final night of action at the soon-to-be redeveloped Hayward Field, clocking 9.84 - two hundredths of a second slower than his own legal personal best from last season.

Also very much to the fore will be France's Jimmy Vicaut, who has already run 10.00 this season, South Africa's Commonwealth champion Akani Simbine and two men who have run 9.97 - Isiah Young of the US and world 200m champion Ramil Guliyev from Turkey.

However, the 100m men may yet be upstaged by Simbine's compatriot Luvo Manyonga, the world long jump champion who heads this year's world lists with 8.56m and, by his own admission, feels driven to better the extraordinary world record of 8.95 set by Mike Powell in the year he was born - 1991.

As with the sprint event, this field event has all the necessary elements to produce something extraordinary given the presence of the two young talents who duked it out with Manyonga at this year's World Indoors - Marquis Dendy of the US, who took bronze with 8.42, and Cuba's 20-year-old Juan Miguel Echevarria, who ultimately outdid the South African to take gold by two centimetres with 8.46.

The 23-year-old South African, who has since won the Commonwealth title in 8.41, will want to put down a marker at this relatively early stage of the season against a field that also contains his hugely talented compatriot Ruswahl Samaai, the world bronze medallist who has reached 8.39 this year, and Rio 2016 champion Jeff Henderson of the US, whose 2018 best so far is 8.44.

Kenyan friends and rivals Elijah Manangoi and Timothy Cheruyiot, the training partners who took gold and silver respectively in last year's World Championships 1,500m, return to the metric mile five days after contesting the imperial version at the Eugene meeting.

Tefara will be in the mix again, as well as two hugely talented but inconsistent performers in Djibouti's mercurial Ayanleh Souleiman, with a best of 3:29.58, and Kenya's Silas Kiplagat, who has run 3:27.64.

Manangoi's 17-year-old brother George, last year's IAAF World Under-20 champion, has run a personal best of 3:35.53 this season and will also be involved.

US world pole vault champion Sam Kendricks ticked all the boxes on home ground last week as he defeated a stellar field in Eugene with a best of 5.81m.

His toughest opposition here looks likely to come from the Pole who finished third in Oregon, Piotr Lisek, although Brazil's Rio 2016 champion Thiago Braz, who no-heighted in Eugene, is clearly capable of great things if he can rediscover his form, having cleared 6.03 to claim his Olympic title.

The women’s high jump poses the evergreen question: who can beat Mariya Lasitskene?

The Russian, competing as an Authorised Neutral Athlete, has won the last two world titles and is here seeking a 40th consecutive victory in a run that goes back to July 1, 2016.

The most likely candidate appears to be 20-year-old Vashti Cunningham of the US, silver medallist behind the Russian at this year's World Indoors, whose 1.94m has put her just three centimetres behind in this year's world lists.

Norway's 400m hurdles world champion Karsten Warholm will defend his status in a season-opener against a field that includes the reigning Olympic champion Kerron Clement of the US, Kenya’s 2015 world champion Nicholas Bett and Qatar's Abderrahman Samba, who heads this year's lists with his 47.57 win at the opening Diamond League meeting this month in his native Doha.

In a non-Diamond League event, Kenya's 3,000m steeplechaser Benjamin Kigen, who unexpectedly beat the Rio 2016 Olympic gold and silver medallists Conseslus Kipruto and Evan Jager in Eugene, has the chance to maintain his momentum, although Kipruto is unlikely to let him slip away again and France's Olympic 2012 and 2016 silver medallist Mahiedine Mekhissi Benabbad is unlikely to be found wanting in any fast finish.