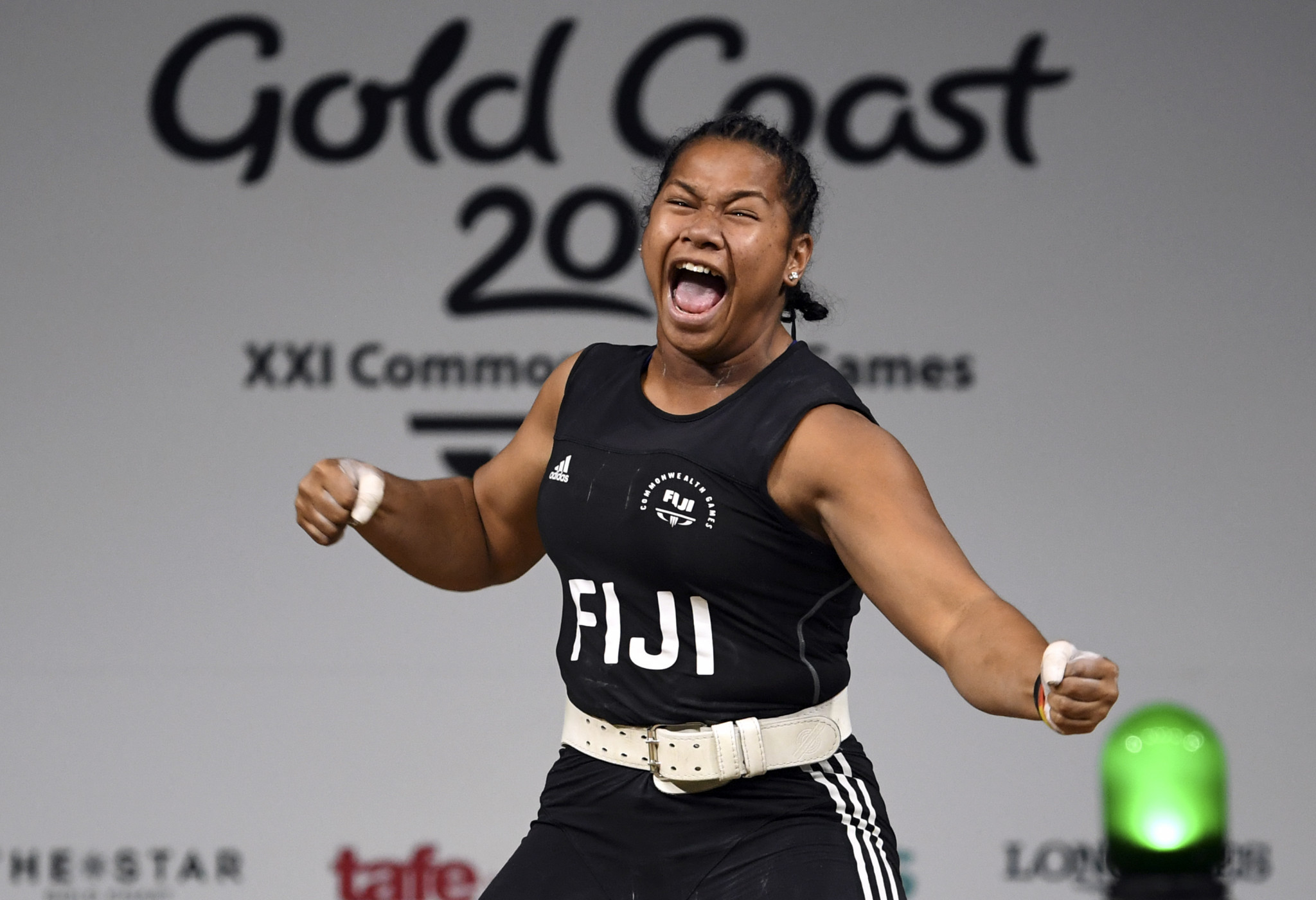 The appointment of an Iranian Olympic champion as Fiji's national weightlifting coach has led to a mass withdrawal of youth, junior and senior athletes from the Oceania Championships next month.

Among the protesters is Eileen Cikamatana, Fiji's sportswoman of the year and one of the best young weightlifters in the world, who has told insidethegames "there is no point continuing in the present set-up".

She is also boycotting two World Championships and has called on her Prime Minister to intervene after publicly accusing the head of her national federation of "destroying my dreams of winning an Olympic medal for Fiji".

The Fiji Association of Sport and National Olympic Committee (FASANOC) sent a delegation to talk to athletes and officials who announced their boycott in protest at the ousting of former national coach Joe Vueti, and the appointment of the 2000 Olympic 105 kilograms champion and former Iran and Oman head coach, Hossein Tavakoli.

Twenty-one of the 25 members of Fiji's national squads at all age levels have pulled out of the Oceania Championships in New Caledonia in the last week of June.

Fiji's youngest lifters will lose their chance to qualify for the Youth Olympic Games at those Championships.

"We are taking a conciliatory approach on this matter," said Maharaj.

"We respect the decision of the athletes and officials."

Maharaj also explained the reasons for the coaching change and voiced his "disappointment with the approach taken", saying that any disputes could have been settled amicably and privately.

Weightlifting Fiji asked FASANOC to send an independent delegation to mediate in Levuka, the island where Vueti and most of Fiji's weightlifters live, about 90 minutes by boat from the capital, Suva.

Vueti held the official title, until this month, of national development officer, though he has been regarded as Fiji's national coach for many years.

He and another former lifter, Peni Tawai, set up the Jungle Club gym in the village of Baba, Levuka, in 2002 - at the top of a flight of 400 steps.

Almost all of Fiji's top lifters, including Cikamatana, fellow Commonwealth Games medallist Apolonia Vaivai and double Olympian Manueli Tulo, trained at the Jungle Gym, as did all those involved in the boycott.

Cikamatana, 18, was first introduced to weightlifting by Tawai, her teacher, before Vueti took her on at the Jungle Gym.

She competed in the Oceania Talent Identification Programme before being sent to the Oceania Institute in New Caledonia early in 2016, since when she has been coached by Paul Coffa.

In the new regime she would be expected to train in Suva under Tavakoli.

Weightlifting Fiji said Tavakoli had been appointed as part of a programme to take the nation to a new level in the sport, and tied in with plans to create an elite performance centre in Suva.

Next year Suva is the host city for the IWF Junior World Championships.

Vaivai and Tulo had already relocated to Suva more than a year ago, said Maharaj, and other elite athletes would be provided with accommodation and a living allowance.

"Weightlifting Fiji is getting worldwide praise for being able to attract someone of the calibre of Hossein Tavakoli," he said.

"Anywhere else in the world, athletes and coaches will be clamouring for the opportunity of being coached at home in a high-performance system under the guidance and supervision of a former Olympic Games gold medallist and recent coach of an international weightlifting superpower."

In a letter to all team members, Maharaj said: "The appointment of the international coach fits in with our overall ambition of developing a genuine high-performance culture, assembling the best possible team, and producing a cadre of strong home-grown world class athletes and growing the sport in Fiji from a developmental phase to a world class level."

Maharaj said the plans, and Tavakoli's appointment, were supported by the Fiji Government, the Fiji National Sports Commission, the Fiji Sports Council and FASANOC.

Cikamatana, a Commonwealth Games gold medallist at 90kg last month, said in a statement sent to insidethegames and local newspapers: "Five weeks ago I was standing so proud and honoured on the stage of the Commonwealth Games at the Gold Coast, with tears streaming down my face, looking at my Fijian flag raised with the national anthem booming.

"I won a gold medal for my country.

"These are moments that very few people can experience."

Now, she said, she feels "bitterness, disappointment and heartbreak" over the sacking of Vueti.

She said her mother and sister, vice-president and Executive Board member of Weightlifting Fiji, had not been told of Tavakoli's appointment until after it had been made.

Maharaj said both women has been involved in discussions "at length" about a new coach since last year, and that on April 29 Vueti himself had been enthusiastic about bringing athletes to Suva in the new regime.

Cikamatana said Maharaj had shown "deliberate disregard for the lifters and coaches" and had "certainly destroyed my dreams of winning a medal at the Olympic Games".

In a recent training session Cikamatana, who took silver at last year's IWF Juniors, was in career-best form.

Cikamatana has returned from her elite training home in Noumea, New Caledonia to discuss the situation with her family in Fiji.

She said Vueti was regarded as "the father of weightlifting in Fiji" and had been national coach for many years - "longer than the current crop of Executive Board members of Weightlifting Fiji".

There was no reply from Vueti to an email request to talk to insidethegames.

Tavakoli has been appointed with funding and support from a Government-backed plan to appoint more foreign coaches.

Cikamatana was dreaming of being the first Fijian to win an individual Olympic medal.

Maharaj is hopeful that Cikamatana and the others will reconsider their boycott to keep those hopes alive.