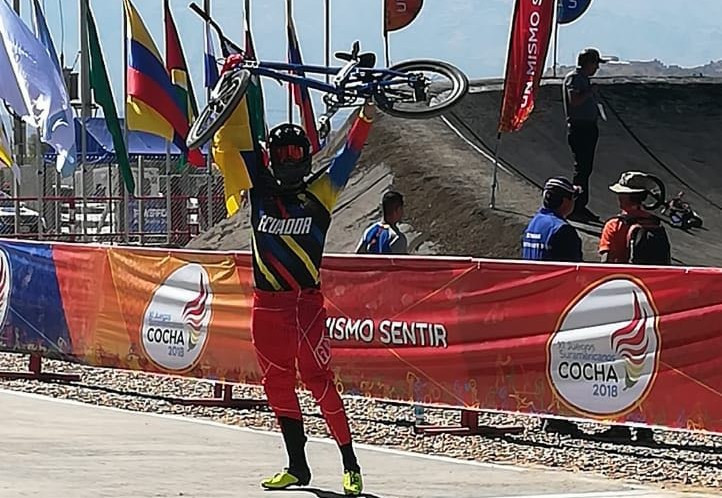 Alfredo José Campo Vintimilla triumphed in the men’s event in Pucarita, as he triumphed in 28.95 seconds in the final.

He was followed across the line by Gonzalo Nahuyel Molina of Argentina and Colombia’s Carlos Ramírez, who earned silver and bronze respectively.

Ecuador were also left celebrating in the women’s competition, with Doménica Michelle Azuero Gonzales crossing the line in a time of 33.44sec.

Chile were crowned winners of the men’s event, after finishing top of the standings in the round robin format.

They claimed five wins and one draw to finish on 17 points overall, with Uruguay awarded silver after four wins, a draw and one loss.

The women’s standings were topped by Brazil, who clinched six straight wins to claim the gold medal.

Argentina and Paraguay rounded off the medal positions.

The result helped Brazil move to the top of the overall medals table, with the country having now claimed 28 gold, 21 silver and 23 bronze.

Colombia now lie second with 25 of their 71 medals gold, while Chile are third with 14 gold and a total of 40 medals.

All but one participating nation have won at least one medal - with only Guyana yet to do so.