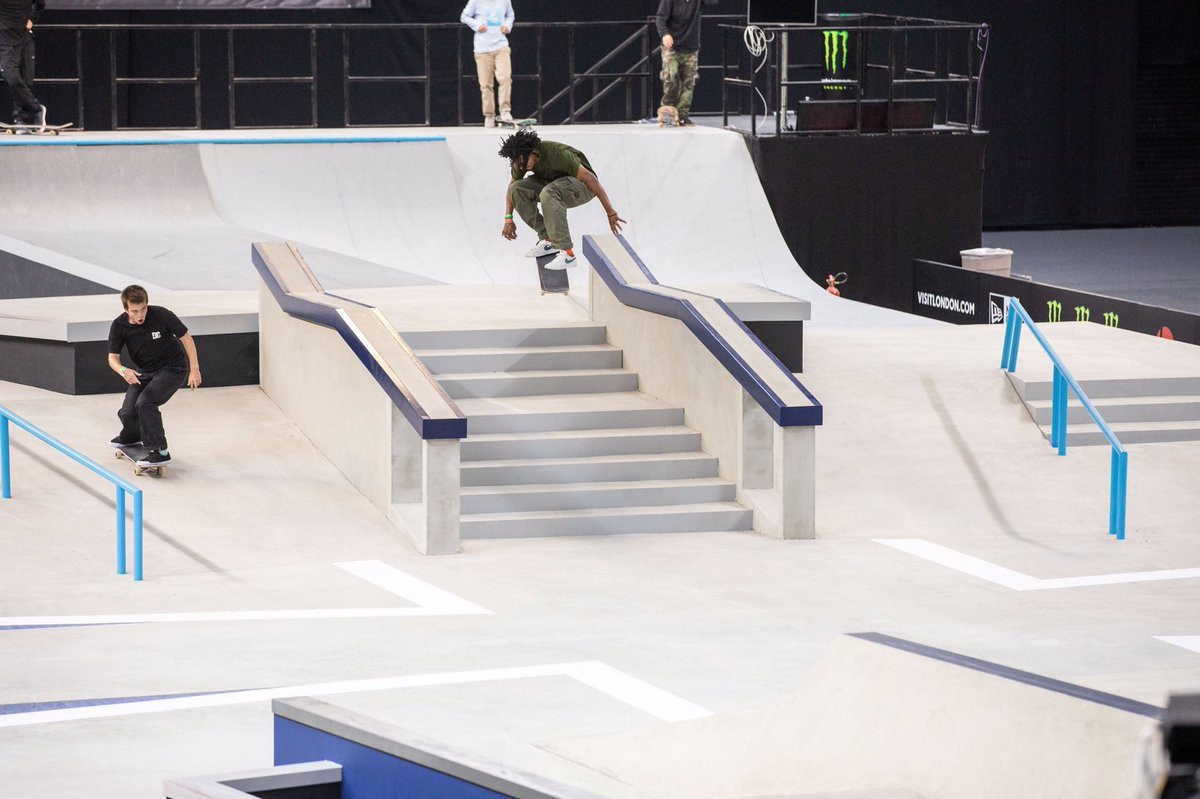 Street League Skateboarding (SLS) chief executive CJ Olivares has insisted the qualification process for the 2020 Olympic Games will be open and accessible to athletes from countries all over the world following criticism regarding the closed format on their World Tour.

Olivares told insidethegames here that claims their World Tour events, part of the qualification system for skateboarding's Olympic debut at Tokyo 2020, will be restrictive are false.

The SLS struck a deal with World Skate - the International Olympic Committee (IOC) recognised Federation for the sport - last month and are now playing a key role in the process.

The American official admitted athletes for previous World Tour competitions were selected, meaning only the top competitors were chosen and alienating those from less-developed skateboarding nations.

Critics such as World Skateboarding Federation President Tim McFerran, President of a governing body originally involved in Olympic-integration negotiations before being excluded from the final deal in 2016, have claimed this goes against the Olympic ideals.

Olivares declined to address McFerran's claims specifically but stressed that this would change when the Tokyo 2020 qualification period for street skateboarding officially begins on January 1.

All SLS World Tour events in the 2019 and 2020 seasons would be open, he promised, allowing athletes from across the globe the chance to qualify for the Olympics.

They are among five skateboarding competitions in the street discipline which will offer qualification points along with World Championships, Continental Championships, National Championships and other events held by private entities but designated by World Skate.

Olivares claimed the 2019 and 2020 campaigns could feature as many as five World Tour competitions.

The SLS have endeavoured to hold one in each continent to improve qualification chances for all athletes.

The points combined will feed into one world ranking to define who competes at Tokyo 2020.

The park discipline will likely mirror this for its own Tokyo 2020 qualifying system.

insidethegames understands the top three athletes at the 2020 World Championships could be given automatic entry to the Games irrespective of their world ranking.

A total of 20 athletes will participate in men's and women's events across the park and street disciplines.

"We are doing everything we can to foster that growth," Olivares said.

"The World Championship this year will be a massive step and we expect something along the line of 40 to 50 countries to be participating.

"It is still quite a young sport in terms of international development; in fact, street league was developed because there was an absence of a World Tour structure.

"There have already been discussions about how do we evolve, become more international and inclusive and create openness.

"In the interest of trying to create fairness and equality, we are working hard right now to develop relationships with host city partnerships in each of the five Olympic continents.

"We are making every effort to create that opportunity on a regional basis so that the travel challenges are minimised."

Olivares revealed the exact process, including the destination of October's World Championships, could be revealed within the next month.

The IOC are due to publish the qualification system for the sport's Olympic debut in the near future.