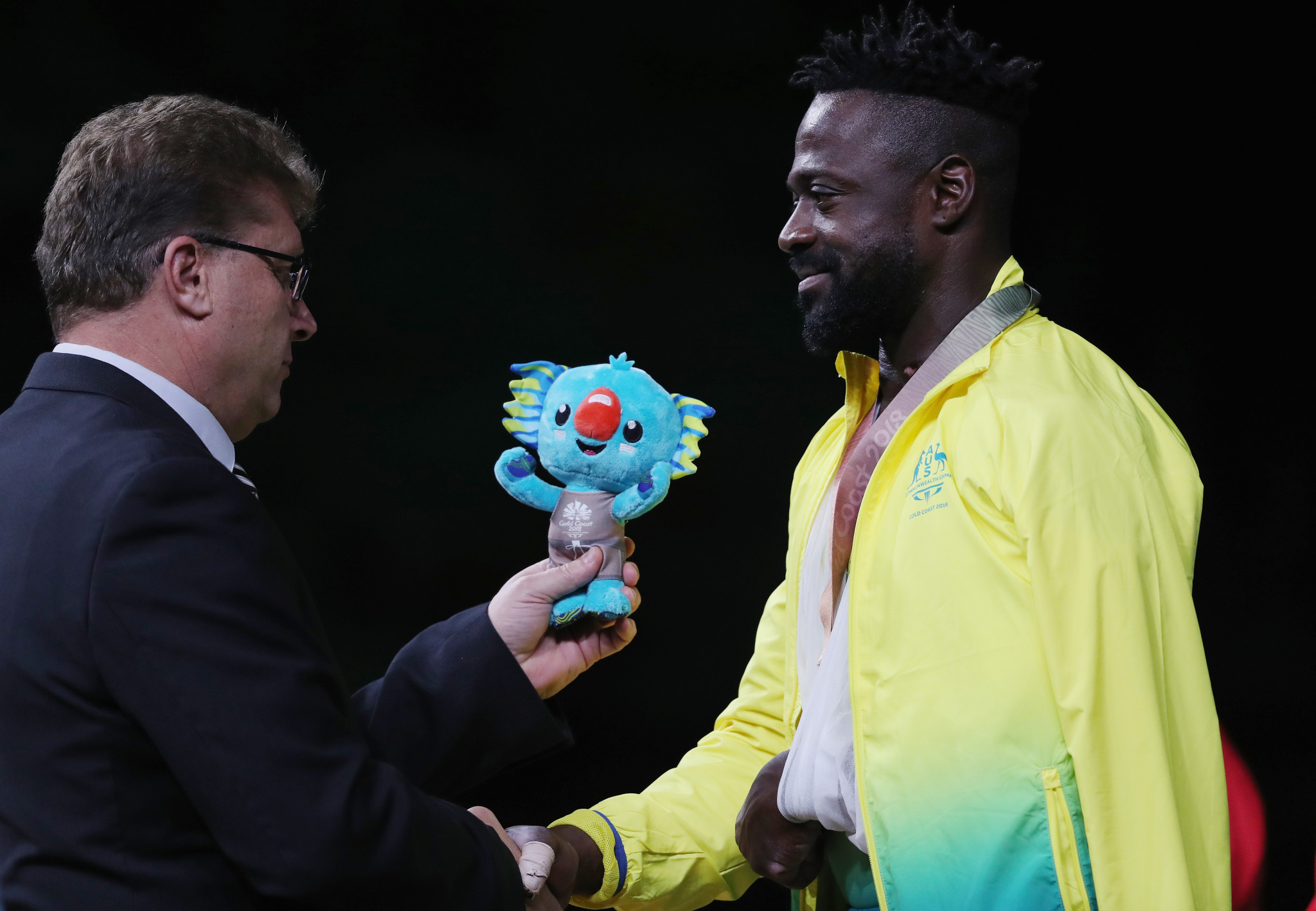 Australian weightlifter Francois Etoundi has claimed to have had his bronze medal from the Gold Coast 2018 Commonwealth Games stolen from his car outside his Melbourne home.

Etoundi, who won the medal after finishing third in the men’s 77 kilograms category at last month’s Games, alleges it was taken in the early hours of yesterday morning.

Mr Etoundi told 9News he checked the back of his Mercedes Kompressor and could not see the medal where he last put it.

"I looked in the back, I didn’t see the medal and then I started to flip in my head," he said.

"Why would someone do that?

"I have no issue with nobody."

9News reports that authorities have said the investigation has been made more problematic due to a lack of security footage from the area, as well as there being no description of the offender and no fingerprints left behind.

"I don’t need to see him," Etoundi added.

"He can come to my house and he can drop it there.

"No-one’s perfect in this life, no-one.

"One thing my mum always taught me was to respect people."

Etoundi was among the 26 athletes and officials that sought asylum in Australia after the Melbourne 2006 Commonwealth Games.

Both he and fellow Cameroonian weightlifter Simplice Ribouem were granted refugee status and have since competed for Australia.

Etoundi also won the 77kg bronze medal for his new nation at Glasgow 2014.

He was arrested for breaking the nose of Welsh weightlifter Gareth Evans in the Scottish city and sent home following a post-competition fight.

His total was made up of 136kg in the snatch and 169kg in the clean and jerk.

The 33-year-old collected his bronze medal with his arm in a sling after he tore a bicep muscle.

He lifted 162kg with his first clean and jerk, then failed at 168kg, clutching his left shoulder.

On his final lift, Etoundi attempted 169kg to give himself a chance of moving up to third.

His attempt was successful, but after he dropped the bar he collapsed on the platform.

India’s Sathish Kumar Sivalingam defended his title with a total of 317kg after managing 144kg in the snatch and 173kg in the clean and jerk.

England’s Jack Oliver held a one-kilogram lead over Sivalingam going into the clean and jerk but had to settle for the silver medal with a total of 312kg.