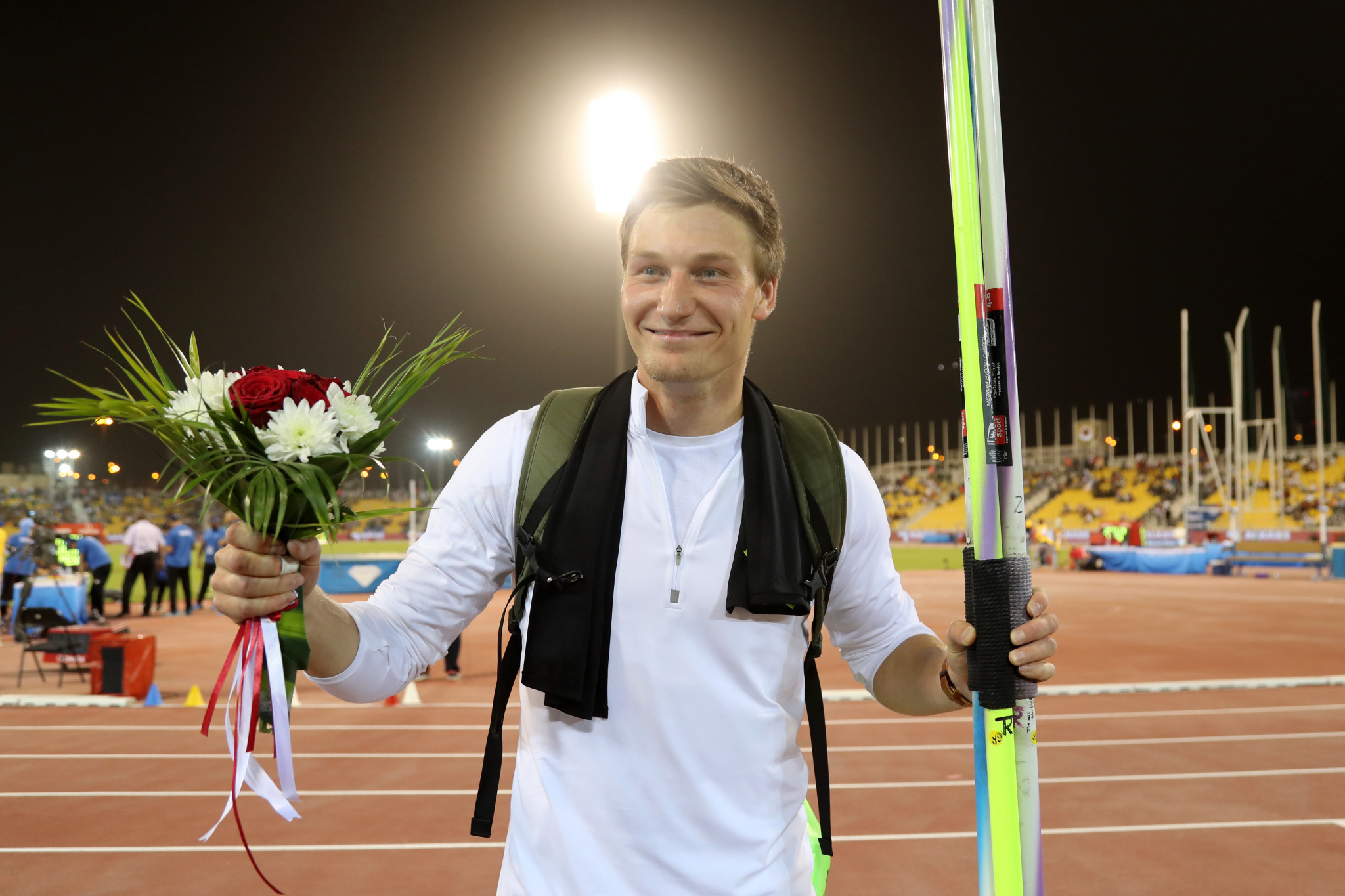 In the last major meeting to take place within the historic Hayward Field venue before it is redeveloped next month in preparation for the 2021 IAAF World Championships, Rohler could only manage two scoring throws from his six efforts, but his fourth round effort was enough to win in front of a crowd of 7,500.

Vetter, whose personal best of 94.44 from last season put him second on the world all-time list behind Jan Zelezny of the Czech Republic - displacing Rohler, who started last season with an effort of 93.90 - had twice broken the meeting record with efforts of 88.37 and 89.34.

That spurred his domestic rival into a decisive response, although Hofmann - who threw a personal best of 91.44 in Rehlingen last weekend, finished with a flourish as he secured third place with 86.45.

In what was the only Diamond League-scoring event of the evening, the 2016 champion and 2017 world silver medallist Jakub Vadlejch of the Czech Republic finished fourth with 85.40.

“It’s hard to predict the javelin,” Rohler said after the finest javelin contest the old stadium had ever witnessed.

“I’m sure someone will throw the world record one day.”

If they do, that someone looks like being a German…

World outdoor and indoor champion Sam Kendricks secured a home victory in a super-talented pole vault field with a best effort of 5.81 metres.

The young Swede held the lead after being the only competitor to reach 5.81 without a failure, but could go no further.

France’s 31-year-old world record holder Renaud Lavillenie could only finish fifth with 5.56 – which he only cleared at the third attempt - one place ahead of Canada’s 2015 world champion Shawnacy Barber, who had a best of 5.41.

Ethiopia’s 18-year-old World U20 3000m champion Selemon Barega won a fast-finishing, tactical Two Miles race in 8min 20.01sec in what was his debut at the Prefontaine Classic meeting, being held for the 44th time.

He produced a 54sec final lap to finish 0.90sec clear of home athlete Paul Chelimo, the naturalised Kenyan runner who has won Olympic silver and world bronze for the United States in the last two years.

There was disappointment for many at the University of Oregon track as former student Edward Cheserek, who ran the world’s second fastest indoor mile of 3:49.44 last year, finished back in the pack in 15th place in 8:31.43, two places behind Ethiopia’s world 5000m champion Muktar Edris, who clocked 8:28.11.

Emmanuel Kipkurui Korir of Kenya won in dramatic fashion in the men’s 800m, recovering from being tripped on the final lap to overhaul last year’s Diamond League champion Nigel Amos, the London 2012 silver medallist, to finish his Eugene debut in a season’s best of 1: 45.16.

It was a winning return for Korir to the track on which he had won the US collegiate title the previous year.