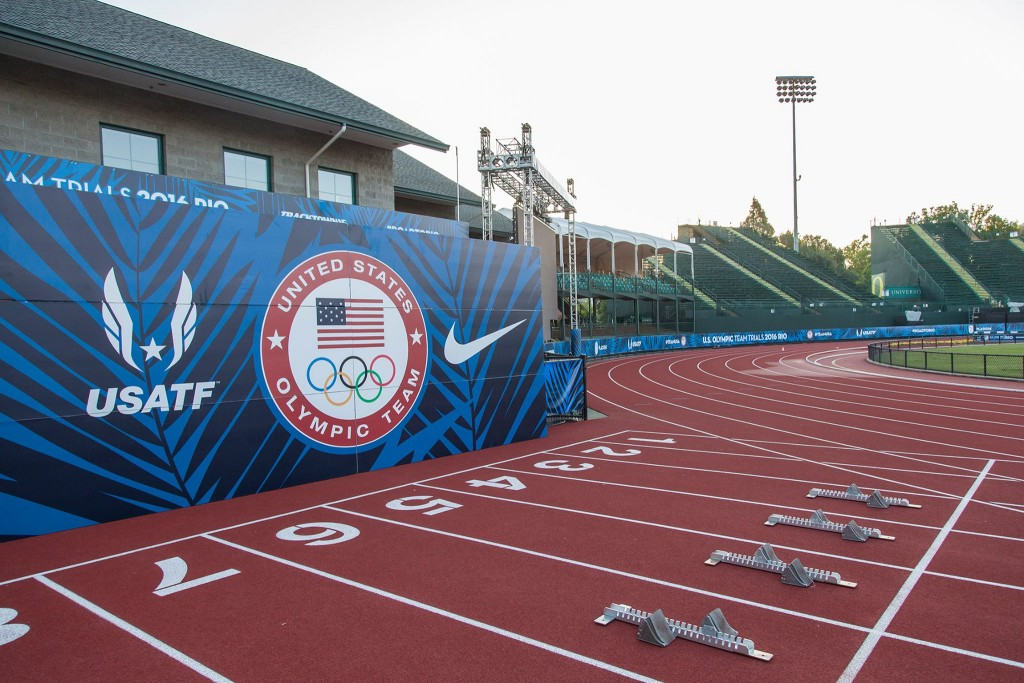 The field for this weekend's 44th edition of the Prefontaine Classic in Eugene, Oregon - the third stop in the International Association of Athletics Federations (IAAF) Diamond League series - promises suitably memorable action for what will be the last major meeting in the venerable surrounds of Hayward Field.

Work is due to start next month on the long-awaited $200 million (£140.7 million/€160.8 million) re-development of the site to create a new stadium capable of hosting up to 30,000 people in time for the IAAF World Championships due to be held there in 2021.

Coleman is due to open his outdoor season on Saturday (May 26) afternoon over 100m against a field including compatriot Ronnie Baker, China's world indoor silver medallist Su Bingtian and Britain's surprise Shanghai winner Reece Prescod.

He will then compete just under a hour and a half later in a talent-stacked 200m that will conclude the Diamond League scoring events.

His principal rival looks likely to be 20-year-old fellow American Noah Lyles, who won the overall Diamond League 200m title in the Brussels final last season, and set a personal best of 19.83sec in winning in Doha earlier this month.

Lyles has never lost a Diamond League 200m race and Coleman was the fastest US man over 200m last season, clocking 19.85sec.

Something has got to give - and if either US athlete falters there will be no shortage of talent prepared to step up given the presence of Turkey’s world champion Ramil Guliyev, Botswana’s mercurial Isaac Makwala, who topped last year’s world lists with 19.77, and US champion Ameer Webb.

Also in contention will be Trinidad and Tobago’s world bronze medallist Jereem Richards and the Briton who anchored the world title-winning 4x100m team in London, Nethaneel Mitchell-Blake.

The women’s sprint line-ups are of matching quality.

Olympic 400m champion Shaunae Miller-Uibo of The Bahamas will make her 2018 debut over one lap after winning the Commonwealth 200m title in 22.09 before taking victory at the IAAF Diamond League meeting in Shanghai in 22.06.

She will face three outstanding US talents in world champion Phyllis Francis, world indoor champion Courtney Okolo and 32-year-old Allyson Felix, who, including relays, has six Olympic gold medals and 11 world titles to her name.

The women's 100m is just as loaded, with Jamaica's Olympic champion Elaine Thompson facing world champion Tori Bowie of the US in a field that also includes Dafne Schippers of The Netherlands, the two-time world 200m champion, double world silver medallist Marie-Josee Ta Lou, who won in Doha in a season-leading 10.85, and her fellow Ivorian, world indoor 60m champion Murielle Ahoure.

Caster Semenya is unbeaten in women’s 800m racing since 2015 but - under the proposed new IAAF ruling - is facing the possibility of having to choose between taking medication to alter naturally-occurring testosterone levels or moving up in distance.

The 27-year-old South African faces a field containing her three closest rivals in Francine Niyonsaba of Burundi, Ajee Wilson of the US and Margaret Wambui of Kenya.

Tomorrow night's opening programme - for which admission is free - is mostly about distance races but features another mighty conjunction of German javelin-throwing talent that could produce another in what has been a spellbinding series of soaring achievements in the past year.

World champion Johannes Vetter, Olympic champion Thomas Rohler and Andreas Hofmann - who have all surpassed 90m this year - will all take to the runway.

There will be intense scrutiny at the University of Oregon's track on the outdoor season debut over two miles of Kenyan alumnus Edward Cheserek, who set the second fastest indoor mile in February with 3min 49.44sec.

The field includes Ethiopia's world 5,000m champion Muktar Edris and Olympic medallists Paul Chelimo of the US and Paul Tanui of Kenya.

The meeting will conclude with the Bowerman Mile, a race named in honour of the late coach Bill Bowerman whose statue stands trackside and after whom the proposed new stadium tower will be named.