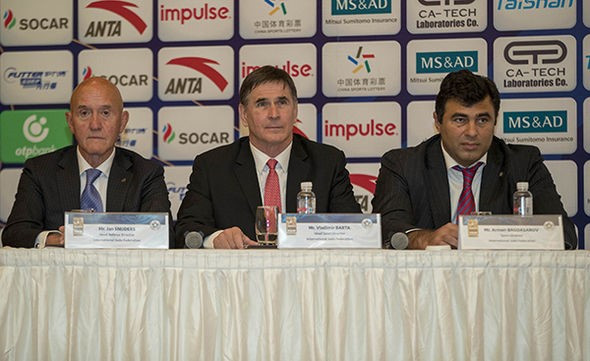 Qualification for the Tokyo 2020 Olympic Games will begin this weekend when Hohhot in China plays host to the latest International Judo Federation (IJF) Grand Prix on the calendar.

The event in the capital of Inner Mongolia, which starts tomorrow and concludes on Sunday (May 27), marks the official start of judo's qualification process for the 2020 Olympics.

It also represents the resumption of the IJF World Tour following a break for Continental Championships.

A total of three reigning Olympic champions and four world champions have entered the event at the Inner Mongolia Stadium.

Brazil's Rafaela Silva, Khasan Khalmurzaev of Russia and Mashu Baker of Japan won gold at the 2016 Olympic Games in Rio de Janeiro and are all due to compete in the Chinese city.

They will be identifiable by the gold backpatches they will be wearing during the event.

The Japanese duo of Soichi Hashimoto and Chizuru Arai are among the current world champions who are scheduled to participate.

Hashimoto and Arai will be joined by Nemanja Majdov and Brazil's Mayra Aguiar, who also topped the podium at the 2017 World Championships in Budapest.

China will field a 56-strong team but will be without reigning world champion Yu Song and Olympic bronze medallist Cheng Xunzhao.

"I thank you in advance for your work and efforts for the next two years on the way to the Games.

"On behalf of the IJF President, Marius Vizer, I wish you all a successful competition and a lot of success on the road to Tokyo 2020."